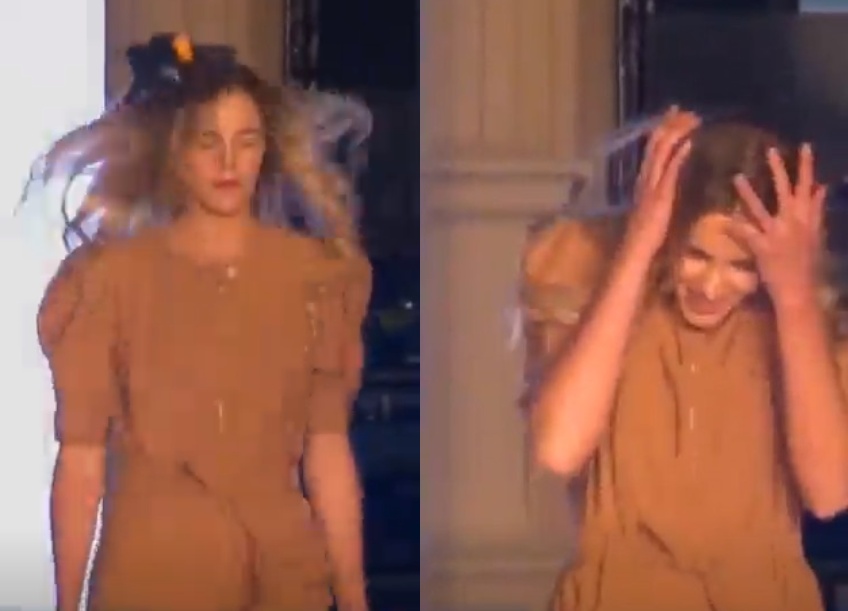 Unmanned and remotely controlled aircraft known as drones, which are currently highly popular, can serve as an excellent tool for brands, but they have also, for several years, opened the debate on the need to regulate their use, since some, especially the largest and fastest, can be dangerous.

An example of problems related to drones is the one that occurred this week in Argentina, while a parade was taking place. There was a very tense moment there when a drone that was being used to film the event lost control and hit the head of one of the models.

Fortunately, the device only caught on the hair of juliana reynaudi when she was walking down the catwalk and not step over.

However, the event ignited the debate regarding the authorizations and regulations that exist regarding the handling of this class of devices, which are increasingly frequent.

The incident occurred during the 2022/2023 edition of Círculo Moda, which takes place every year in the city of Córdoba, 700 km west of Buenos Aires.

What the parade drone pilot said

The video of the drone involved in the accident itself and of other drones and cell phones that were taking pictures of the parade now go around the world through social networks.

Although she had to be absent for a few minutes, the model (26 years old) was unharmed with the same smile with which she had entered.

In dialogue with the media, Reinaudi said that he had no injuries of any kind. “They were able to get the drone out of me and then I continued parading, the only thing I wanted was for them to take it out so I could continue with the parade,” he explained.

Seeing the number of messages, whoever was driving the drone made a post on Instagram to explain what happened and thank the model for her positive attitude towards the situation.

Read:  This is what a day's work looks like as a rickshaw, Japan's 'human taxi'

The pilot wrote: “Sorry for what happened and for the sensationalism of some media. From my view with the glasses that I fly, I didn’t get to see her go out on the catwalk, when they told me it was already late and I accidentally crossed her path. Juli never lowered her smile, we were able to untangle the drone from her hair minutes later and she continued on with the parade. A genius”.

Brands and control in the use of drones in advertising

As a result of the fact that the traffic of these devices is increasing exponentially (especially taking into account that their use could become generalized to make deliveries, beyond the tasks of filming, patrolling and monitoring for which they are already widely used ) different countries are trying to get ahead in this regard, testing a special air traffic control system for drones.

The objective of this traffic control is to prevent drones from crossing the airspace of airports, other drones and other flying devices, such as helicopters or light aircraft, this in order to avoid accidents.

For media and marketing agencies, it may be of great importance that in the near future a more structured control is established that allows the use of drones more safely.

A drone accident can generate multiple conflicts for a brand, since in addition to economic losses, it can also considerably damage the brand’s image when the consequences of an accident directly or indirectly affect third parties.

How do DiDi loans work and how much is the most they can give you?