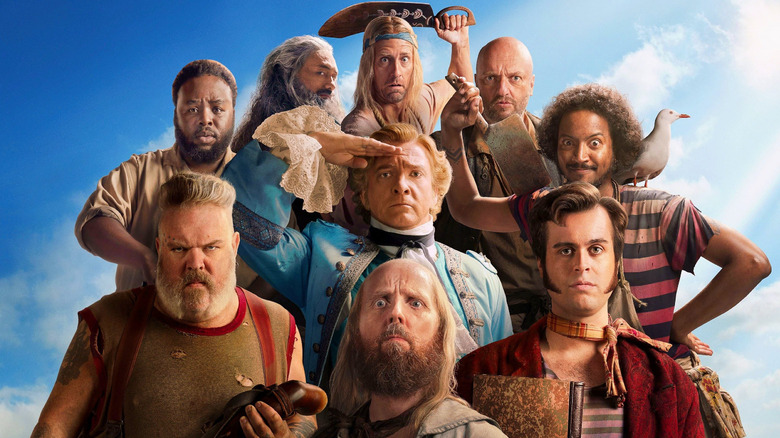 Share
Facebook Twitter LinkedIn Pinterest Email
Index hide
1 HBO Max announced that it has renewed the comedy Our Flag Means Death for a second season. We tell you all the info in this note!
2 Share it with whoever you want
3 Related Posts

HBO Max announced that it has renewed the comedy Our Flag Means Death for a second season. We tell you all the info in this note!

platform streaming hbo max announced this week that one of its most watched series in recent months, Our Flag Means Death, was renewed for a second season. The first season of the series currently counts on Rotten Tomatoes with a score of 91 percentso it makes sense that HBO has decided to renew the series for one more season.

In case you don’t know what it is Our Flag Means Deathor you’ve never heard of this series, don’t worry, we’re going to give you some context. Our Flag Means Death is starring Rhys Darby (Yes Man), Ewen BremnerWonder Woman, Joel Fry (Yesterday), Samson Kayo (The Bubble), Will Arnett (Arrested Development) Taika Waititi (Jojo Rabbit) among other well-known actors who make special appearances.

As for the plot, the series is a semi biopic set in the century eighteenth about the life of the pirate Stede Bonnet. This wealthy man abandons his life to sail the high seas and become a pirate, despite not knowing what he is doing. Along with his new crew, they try to become respected pirates aboard the ship. revenge.

But one is not a good pirate until one has a worthy rival. In this case, the rival of our beloved bonnet it is Edward Teachbetter known as blackbeard. Although the rivalry may not be that much, since there is an undeniable romantic chemistry between the two captains that they deny admitting due to the times.

Read:  Twitter Blue: These are the news and the price of the renewed subscription, available only for iOS

Through the official account of Twitter of hbo maxit was announced that the series with Taika Waititi was renewed for a second season. This announcement was long in coming, as fans of Our Flag Means Death they had to wait almost two and a half months to know if they would be able to see again Bonney and Teach. As the fans wanted to know a little more about the history of these characters and hbo max seemed not to want to give news about the series, a petition was signed for the producer to develop the second season.

And it seems that the prayers of the viewers were heard. However, you are probably wondering why this series has so many fans. The answer is quite simple: its representation of the LGTBQ+ collective. In addition to the fact that the story focuses on the love relationship between two men, we can see two more relationships that represent the collective and even a non-binary character. in just 10 episodes, Our Flag Means Death he represented the collective without any problem and in a quite respectful way.

At the moment, nothing is known about the plot of this new season. It is very likely that more will be revealed about the story and which characters will return in the coming weeks or months. But considering that Taika Waititi he is quite excited about the project and how people received it, his character will probably return in this new season despite having a very busy schedule. You can enjoy the first complete season of Our Flag Means Death on the platform hbo max.

Nurse explains cause of death Michael Jackson in networks

Starlink is authorized to launch its second generation satellites