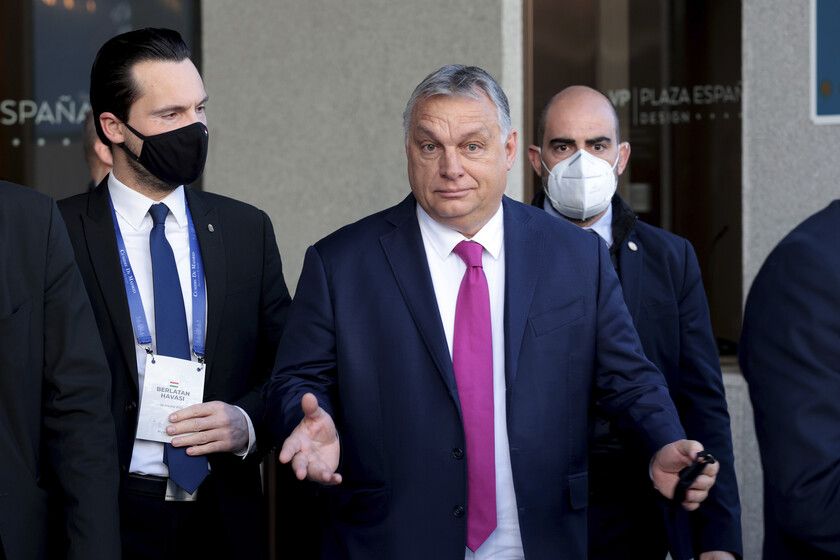 Two days ago, Hungarian Prime Minister Viktor Orbán won a fourth consecutive term in an election that international observers say was marred by an uneven playing field that benefited the ruling Fidesz party. It’s an issue entrenched during Orbán’s decade in power, during which civil liberties groups say the Hungarian leader has seized control of democratic institutions and funneled taxpayer money to friends.

The EU’s response has been as expected. The European Commission will activate a powerful new mechanism to cut funding to Hungary for eroding the bloc’s rule of law standards.

The hand of justice, on Orbán. Hungary thus becomes the first country to face proceedings under the new power, which gives the EU the authority to cut millions in payments to countries where it determines rule-of-law violations are putting the bloc’s budget at risk. We are talking about more than 40 billion euros in EU funds. The Commission’s decision to go ahead could signal a turning point in Brussels’ willingness to go after wayward members accused of corruption and democratic backsliding.

Still, while Commission President Ursula von der Leyen is prepared to move on after months of deliberation, significant bureaucracy and political debate must develop before knowing whether Hungary will ultimately lose critical EU funds.

The mechanism. Once the Commission formally starts the process, a long back-and-forth with Budapest is expected. It will then be up to the EU Council, made up of representatives from each country, to ultimately determine whether to cut the money. Any funding reduction needs a “qualified majority” to pass, meaning that at least 55% of EU countries represent at least 65% of the bloc’s population.

Corruption and years of influence. Hungary has long served as a test case for the EU’s ability to combat violations of the rule of law within its own ranks. Since coming to power in 2010, the Orbán government has introduced a new constitution and changed the electoral system, while the Fidesz party has extended its influence to the judiciary, state media and the education system, putting Orbán loyalists at the forefront. of the institutions.

At the same time, high-level corruption has proliferated in Hungary, and Orbán’s family and close friends have become some of the richest people in Hungary, thanks in part to EU-funded public procurement projects.

Read:  we signed him for less than 80 euros in El Corte Inglés

Complicated relationship. Poland and Hungary are the only two EU states subject to the so-called Article 7 procedure, which could lead to the suspension of their EU voting rights. That process is hampered by the need for unanimity among member states before such punishment can be imposed.

Poland has taken a more conciliatory stance of late after its simmering feud with the bloc almost reached a boiling point in October when the nation’s highest court ruled that some EU laws are incompatible with the country’s constitution. country, undermining a cornerstone of EU membership.

democratic backsliding. As a result, experts and the opposition point out that Hungary is no longer a full-fledged democracy. Meanwhile, the Hungarian government has long denied there are problems with democracy at home, dismissing the new mechanism as a politically motivated tool. But Brussels has struggled to address democratic backsliding in Budapest, with officials stressing that the bloc’s underlying treaties do not envisage a scenario in which a member country follows an autocratic path.

For years, the various EU institutions tried in vain to use existing measures to bring Hungary into submission. The Commission repeatedly took Hungary to the EU’s highest court for its controversial measures, but Orbán continued to consolidate his power. The European Parliament began the bloc’s Article 7 censorship procedures in 2018, an extreme measure that can result in a country losing its voting rights, but the process has stalled.

The moment has come. Under pressure from frustrated Western EU governments and members of the European Parliament, who have complained that EU taxpayer funds are being misused by governments flouting democratic norms, the bloc created a new mechanism at the end of 2020 that allows you to reduce EU funding to member countries where violations of the rule of law affect the EU budget in a “sufficiently direct way”.

But under a political agreement reached between EU leaders, the Commission has agreed to postpone the deployment of the new power until Hungary and Poland challenge the legality of the new mechanism before the EU Court of Justice. The time could have come.

PlayStation wants half of its games to be new IPs