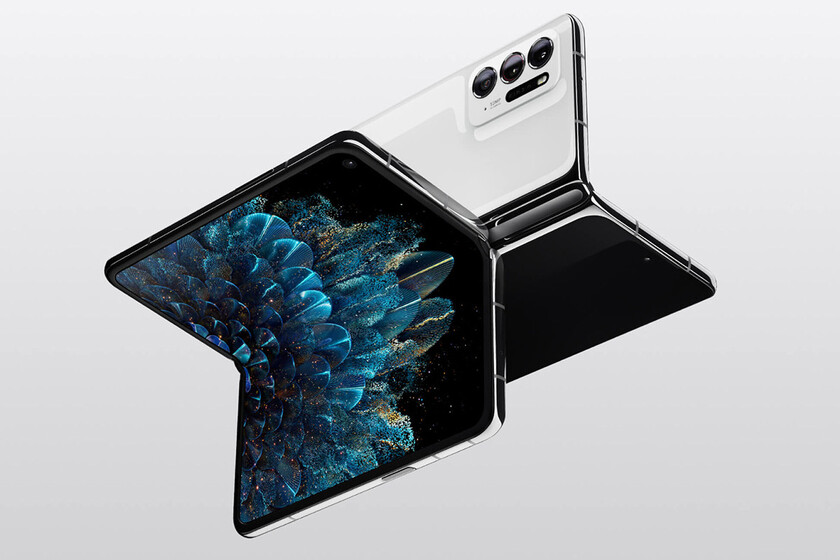 Now, OPPO has joined the folding mobile car with the OPPO Find N, after its prototype a couple of years ago that was never marketed. The wait may have been worth it because The OPPO Find N is not a folding anymore, with a slightly different approach to what we have seen so far.

This new high-end foldable -with Snapdragon 888 on board and five cameras in total- that stands out for being compact but in a different way from the Samsung Galaxy Z Flip: folds horizontally instead of vertically.

The (almost) square screens are back

There are a few folding mobiles by now, and in the end they are divided into two large groups: those that open like a book like the Samsung Galaxy Fold, and those that open like an old shell mobile, like the Samsung Galaxy Z Flip. Put an inch or so, fold in one direction or another and higher or lower specifications, but the definition until now covered all folding mobiles. Up to now.

The new OPPO Find N is something like a mixture of the previous two: it is a compact folding mobile that unfolds to show a larger screen, although not as large as that of other folding. The main screen of the OPPO Find N is 7.1 inches, with Full HD + resolution and a refresh rate of 120 Hz.

Read:  Android 12.1 could be the next version before Android 13

The folded terminal is reminiscent of Android mobiles of yesteryear: small and plump, with dimensions of 132.6 x 73 x 15.9 mm and being able to access all its functions, as it has a 5.49-inch secondary display (Full HD + at 60 Hz), with its own perforated front camera. Unfolded is still not too big for the times, but the difference is that it is almost square.

Beyond its format, the star of OPPO Find N is its Flexion hinge that, they say, causes the wrinkle in the fold of the screen to be up to 80% less visible than on other devices. The hinge allows the device to remain unfolded at any angle between 50 and 120 degrees.

Beyond the possibility of folding and unfolding it, the OPPO Find N is a powerful high-end mobile that mounts the Snapdragon 888, up to 12 GB of RAM and a 50 megapixel triple main camera, with a 50 megapixel wide angle and a 13 megapixel telephoto sensor. The front camera is 32 megapixels, both the one on the main screen and the one on the secondary screen.

The OPPO Find N offer is completed with a 4,500 mAh battery with 33W fast charging support and 15W wireless charging, stereo speakers, fingerprint reader on one of its sides and Android 11 with ColorOS 12 pre-installed.

Versions and prices of the OPPO Find N

boxes and baskets to make the chaos disappear