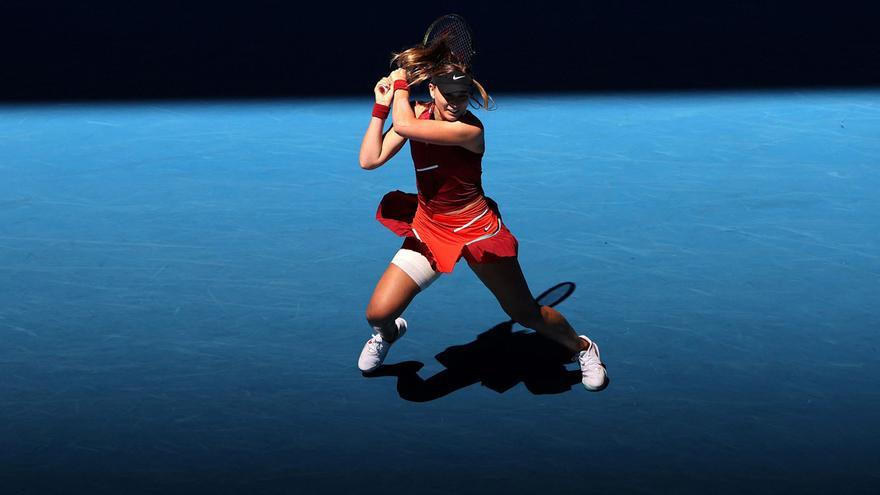 The last hope of Spanish women’s tennis, Paula Badosa (8), was deflated in their round of 16 match of the Australian Open before an imposing Madison Keys who overflowed again with his dizzying tennis by winning a firm 6-3 and 6-1.

“I wanted to come this year after missing the last edition. I served very well and I knew it was important to dominate & rdquor ;, said the American by reaching a quarter-final for the first time since the 2019 edition of Roland Garros.

Keys and Badosa came into the match as the fittest players this season, along with local Ashleigh Barty (1), after be crowned in the preparatory tournaments in Adelaide and Sydney, respectively.

However, it was the Illinois player who imposed her rule after maintain a lofty 76% of points with firsts and land 26 game-winning shots that kept the Catalan away from any comeback attempt.

Badosa got desperate and ended up committing ten double faults in a game that lasted until one hour and nine minutes in a Rod Laver Arena with little public presence in his first morning shift.

The Catalan will come very close to the top-5 and became the first Spanish ranked on the WTA list after his compatriot Garbiñe Muguruza (3) said goodbye in the second round.

Despite the defeat, Badosa accumulates a positive record of 51-18 since the start of last season that makes him aspire to the top in the main events of a year that has just started.