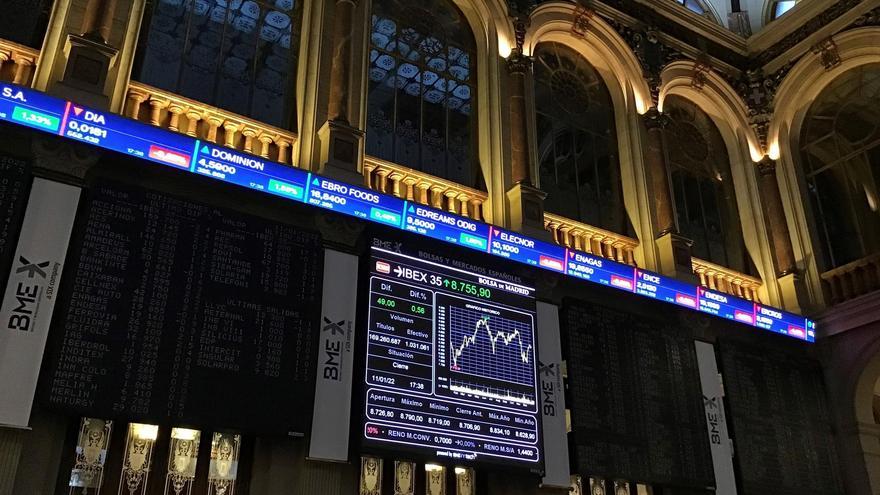 Faced with the success of the credits guaranteed by the ICO, few Spanish companies have been encouraged to take advantage of another of the exceptional liquidity measures in the framework of the coronavirus pandemic: the issuance of armored promissory notes by the State. Of the 4 billion line authorized by the Government, only 17 companies have opted for this alternative issuing around 525 million euros, 13% of the total amount predisposed for that purpose, according to the information contained in the Alternative Fixed Income Market (Marf).

To date, the Executive has authorized armored promissory notes for more than 2,500 million, which means that around 21% of the committed amount have been issued. The sources consulted by The newspaper of Spain point out that companies are keeping the guarantee for long-term placements, however many experts consider that this measure was aimed at covering the lack of liquidity at a specific time of the pandemic, but companies have looked for other alternatives during this time of coronavirus and the need to obtain this financing has not been as great as expected.

With the extension of terms approved in December in the Council of Ministers for the entire ICO Promissory Note Program, The companies have until June 2022 to launch their emissions endorsed by the State. This measure was one of the last to be implemented in the framework of the fight against the pandemic and was launched in May 2020, although it was not until July of that year that companies were able to start taking advantage of it.

Its objective was that medium and small companies that could not go to international financing markets had a national alternative that would protect them against liquidity problems derived from the impact of the coronavirus on their businesses. In this sense, the short-term debt issued in the Marf can only be used to cover liquidity needs arising from the pandemic, such as paying suppliers or payroll, as well as the supply of goods and services. In this way, they can never be directed to the payment of dividends.

In any case, the same sources indicate that this measure was “very successful months ago, as it was a way to increase the appetite of international investors for national companies by having the guarantee of the State & rdquor ;. In addition, they point out, helped “to maintain a liquidity scheme in the short term, since medium-sized companies can issue their promissory notes progressively until reaching the maximum guaranteed, the question is whether it will continue to be useful these months & rdquor ;.

Index hide
1 Who have taken advantage of it?
2 Financial cushion

Who have taken advantage of it?

For the moment, Sacyr leads issues with more than 155 million euros in shielded notes and it was the first to launch this measure. In total, the construction company has a State guarantee to issue up to 350 million euros. Second place is for The English Court, which has issued more than 133 million since its premiere in the world of guaranteed promissory notes in March of last year. In total, the Spanish department store giant has one of the most ambitious programs, as it has received a guarantee of 1,000 million euros.

Read:  They hire the youtuber who fixed 'the Mandalorian' with deepfakes

Behind El Corte Inglés and Sacyr are Tubacex and Audax, with guaranteed promissory notes worth 200 million each. The fifth by size is the developer Aedas Homes, which has received the go-ahead from the Government to issue 150 million in promissory notes. They are followed by the construction company Aldesa and the real estate company Pryconsa with guaranteed programs worth 100 million each. The other nine companies (Amper, Vocento or Volotea, among others) that have joined the promissory notes backed by the Executive have programs with an amount of less than 100 million, but which together add up to almost 400 million euros.

These guaranteed promissory notes were one of the last aid launched by the Pedro Sánchez Government to curb the impact of the coronavirus pandemic on the Spanish economy. The most mediatic and successful have been the credits endorsed by the ICO driven by large national banks, which have been welcomed by companies of all sizes and without which national companies would not have been able to face the toughest months of the pandemic.

Another of the tools launched came from the hand of two other public bodies: SEPI and Cofides. Through them they set off rescue funds for strategic companies. The first for larger companies, which needed financing of more than 25 million, where around 5,345 million euros have been requested. The second was for smaller companies, which have approved financing operations for almost 70 million.

To these measures the bankruptcy moratorium is also added, which allows companies not to request the dissolution of companies for losses incurred last year. With the extension of the term, companies now have a margin until June of this year, the same time as to issue the promissory notes guaranteed by the State.