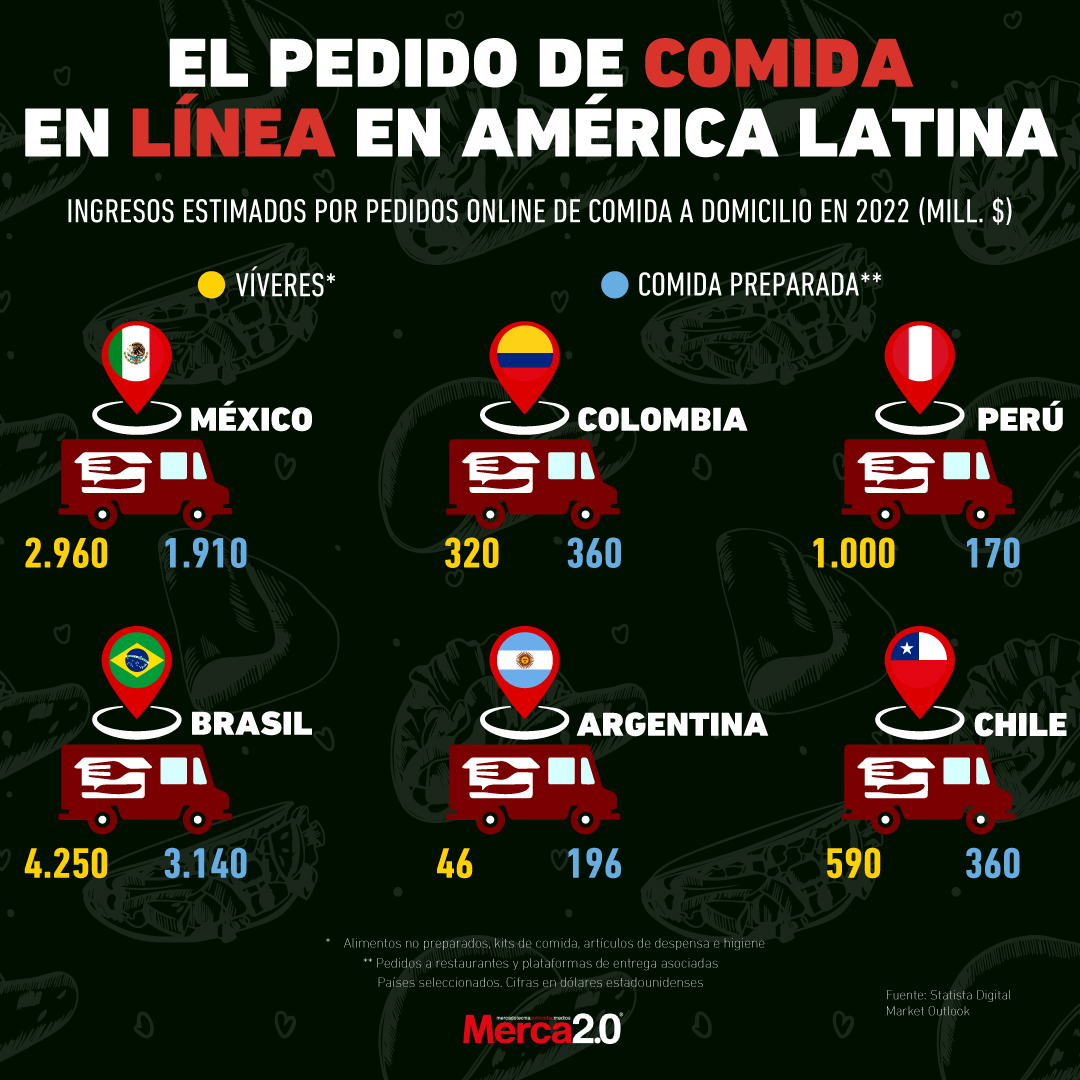 Food orders on digital platforms (online) in Latin America had significant growth thanks to the arrival of the pandemic, a period that, as is well known, was essential to achieve what is now known as the “boom” of digitalization. .

One thing is certain: 2020 is already behind us, but this is not valid for the effects that the twin year generated worldwide. In fact, today, in various parts of the world, there is a new wave of Covid-19 infections; however, everything indicates that the danger of the disease does not seem to be the same because of vaccination.

Just for context, in 2021 online sales or eCommerce registered figures above 401.3 billion pesos, with a growth of 27 percent compared to 2020according to a report by the Mexican Association of Online Sales (AMVO).

From this perspective, we are talking about a consumption habit that, although it is true that it was already beginning to generate relevance among consumers, for 2020 and 2021 it was vital in a context in which access to digitization continued in crescendo.

In this sense, according to data from the Statista Key Market Indicatorsin 2002 it was estimated that, in approximate figures, 98.6 million people in Mexico had access to the Internet, a figure that represents a growth of around 16 million with respect to the number of registered users in 2021.

However, by 2026, it is expected that the number of Internet users in Mexico will be 118.2 million and, furthermore, according to a recent survey, the majority of Mexican users browse the Internet through a smartphone.

2022 brought with it the reopening of various industries: hotels, restaurants, concerts, among many more, a space that, consequently, allowed the presence of consumers and diners like never before, a fact that has had a considerable impact on the platforms of delivery.

Of course, that is not to say that the delivery is going to disappear or, failing that, that it is already doing so. Even according to the estimates of the Statista Digital Market Outlookin 2022 it is estimated that online food delivery orders, whether made directly to restaurants or through associated delivery platforms, will report income of close to 2,000 million dollars in Mexico, this being one of the two countries where they are expected cut figures, as shown in the graph deposited above.

Read:  Checo Pérez wins in the ras trends to reveal helmet that he will wear in Miami

Undoubtedly, with a view to what is forecast for the coming years in terms of digitization, various companies have decided to exploit their own power in order to boost their portfolios and remain relevant in an increasingly competitive market.