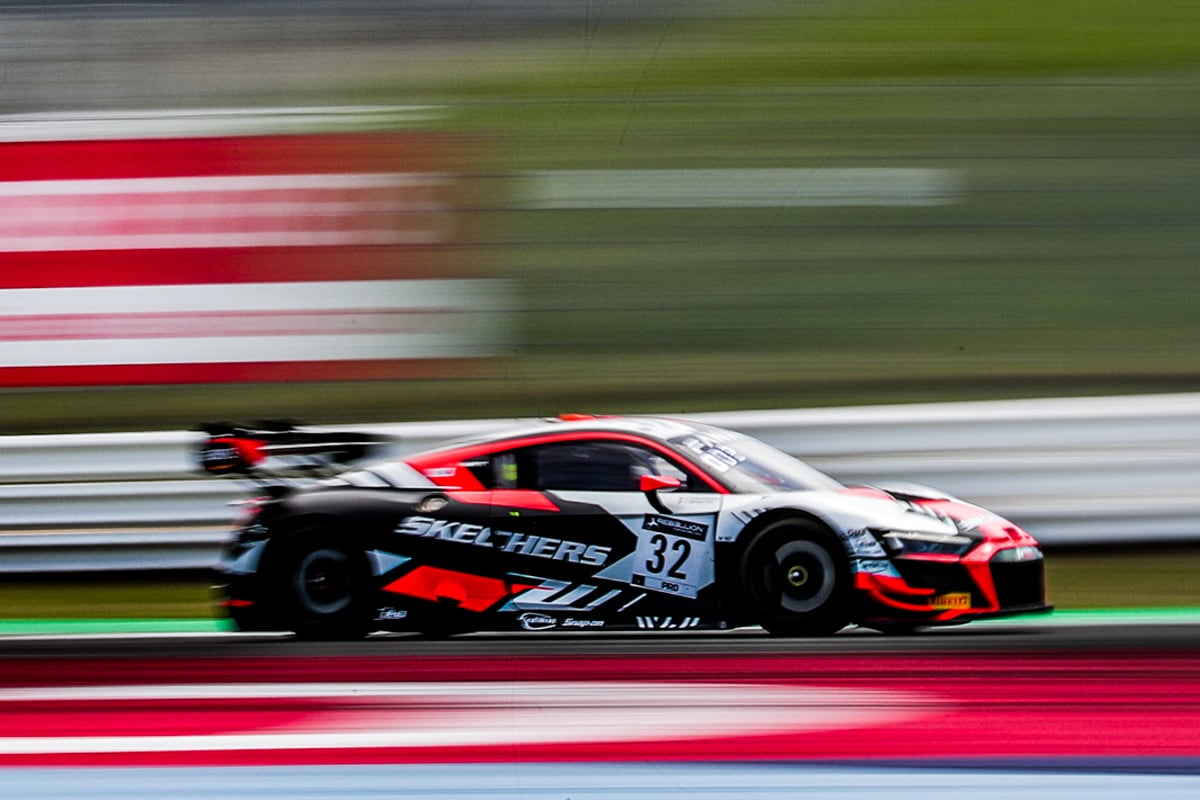 Perfect weekend for Charles Weerts and Dries Vanthoor. After achieving pole position and victory on Saturday with the #32 Audi, the Belgian duo of Team WRT repeated their performance on Sunday. In an exercise of perfect mastery, Weerts and Vanthoor have achieved victory in the second race of the Sprint Cup in Misano, again ahead of the #89 Mercedes. For its part, the Audi #11 from Car Collection has completed the second podium of the GTWC Europe on the Italian track thanks to the performance of Christopher Haase and Simon Gachet.

Dries Vanthoor managed to retain the first position with some comfort at the startsince Christopher Haase and Christopher Mies did not put too much pressure on the Belgian. Both became strong when it came to containing Raffaele Marciello on the first lap, although the touch to the McLaren #111 stops the activity suddenly, as well as the comeback of a Frédéric Vervisch who climbed to seventh place with the Audi #46 that he shares with Valentino Rossi. The neutralization lasted barely five minutes and at the start Albert Costa managed to place the Lamborghini #663 in seventh place.

Albert Costa won another additional position in the following laps at the expense of the #53 Ferrarias the only ‘break’ point in the head group, even if Frédéric Vervisch regained his pulse to get behind the Spaniard and put pressure on the Catalan at almost every angle after overtaking the #53 Ferrari. In the lead, stable positions until the opening of the pit stop window, at which time the teams involved in the fight for victory and for the podium played their strategies. And as almost always, Akkodis-ASP made a profit on his bet.

What Raffaele Marciello could not do on the track with the #89 Mercedes was solved by the Akkodis-ASP mechanics at tire change. In fact, Timur Boguslavskiy returned to the track in second position, just behind the #32 Audi after overtaking the #33 and #11 Audis, who were also changing position in the pitlane. Behind, Valentino Rossi took the controls of the Audi #46 in sixth positionbehind the Audi #12, but ahead of the Mercedes #888 and the Lamborghini #663, which lost strength in the hands of Alberto di Folco.

Thomas Neubauer managed to throw himself on top of the Lamborghini #663 and attacked the Italian driver, despite the fact that the driver of the #30 Audi had the first position among the Silver Cup cars after beating the #53 Ferrari throughout the pit process. With 14 minutes to go, Neubauer managed to account for Alberto di Folco to take the eighth position. After a touch that left the #86 Mercedes out of the equation, the race was neutralized under ‘Full Course Yellow’ due to the accident against the barriers of Lorenzo Patrese with the #11 Audi.

The race restarted with a minute to go. Charles Weerts did not fail and achieved the double for the #32 Audi ahead of the #89 Mercedes. Simon Gachet did manage to win third position from Jean-Baptiste Simmenauer to close the podium with the #11 Audi. For its part, Valentino Rossi was also under pressure to finish fifth in the #46 Audi, ahead of Jules Gounon’s #88 Mercedes and #663 Lamborghini. For its part, the Ferrari #53 scored the victory in the Silver Cup after the problems that made the #30 Audi fall to tenth place.

JLo and Ben Affleck: the cars they would lose if their divorce is confirmed

This is his dark and fantasy world