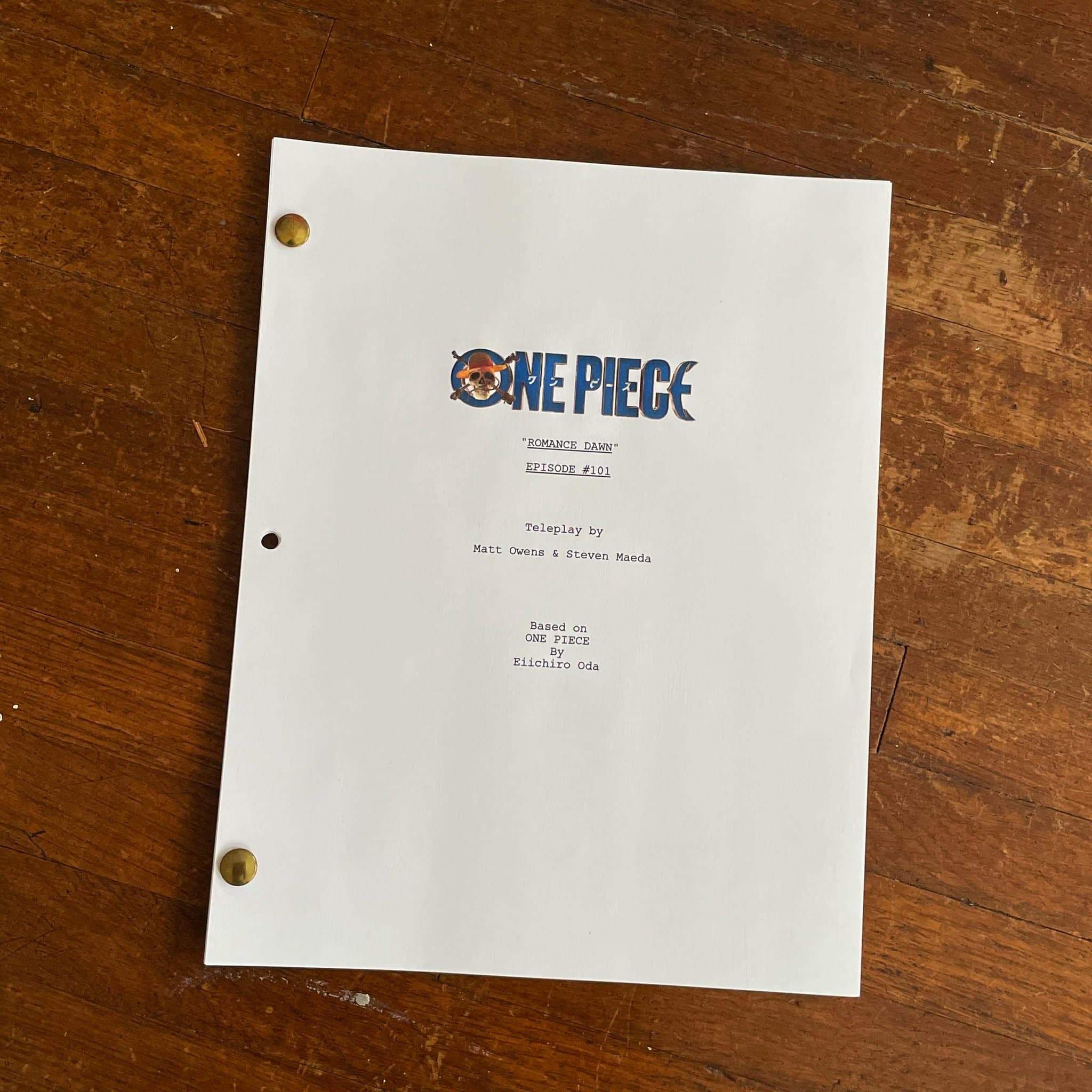 One Piece, the longest recognized anime in history, will join the live-action wave. Following the scheme, Netflix will be in charge of producing this installment.

Live-action is not necessarily the forte of Netflix. In fact, it seems like they’re nobody’s, at least not anime-based ones. In recent years, the main producers of Hollywood They have tried to bring this format to live action with actors and actresses, but they have not worked. Criticism crushes them and the public is outraged. Despite that, the most powerful streaming platform of all will insist once again, now with One piece.

As a novelty, the company will not use the title as a film, but as a series. This detail was known a few hours ago when the chain released an image of the first page of the pilot’s script.

In addition, the shared image also shows the name of the scriptwriter couple in charge of the draft. Is about Matt Owens and Steven Maeda. The first already collaborated on a Netflix project. He was part of the staff of Luke cage. Likewise, it was also related to Marvel, being one of the authors of Agents of SHIELD In turn, Maeda worked on products such as Lost, The secret X files or CSI Miami.

There is no estimated release date for the One Piece show yet, so it is in a very early stage of development. It awaits announcements related to the casting or the direction, factors that will determine if the production will be more Japanese than American or vice versa.

Read:  a cute comedy drama about the redemption of the desperate

The reports indicate that within Netflix’s original plans there are 10 episodes for an initial season, depending on what the public says to launch more or not.