Bullfrag
Home Entertainment one of the revelations of the year and the definitive anti-Christmas movie... 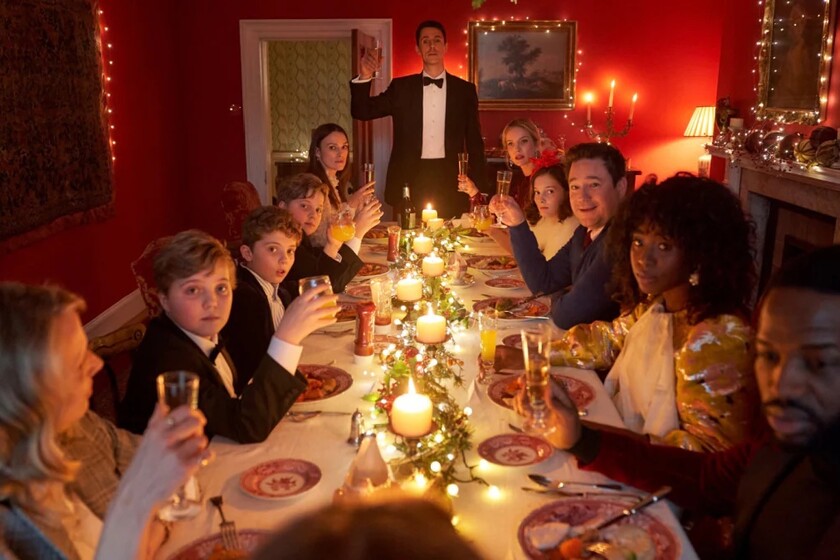 No spoilers. No trailers. No images. No information. The secrecy surrounding the excellent ‘Silent night‘, the feature film debut of the screenwriter and director Camille Griffin, produced by Matthew Vaughn and with an excellent cast, will not leave anyone indifferent.

Christmas of the year

In the middle of 2021 it’s almost a provocation for a movie like ‘Silent Night’ to be seen in theaters. Perhaps that is why it has barely been seen in a few festivals and it still does not seem to have a full distribution, although in mid-December it will begin its commercial journey in Germany, the United States or Argentina.

‘Silent Night’ is a miserable, evil and wildly dark comedy. A vehicle for the unsettling display of a handful of actors in the prime of their careers. Matthew Goode, Keira Knightley and Roman Griffin Davis, the revelation of ‘Jojo Rabbit’ and the director’s son ‘command a family that gives us a Christmas greeting in the form of a brick to the temple that is hard to recover from.

Matthew Vaughn, producer of the show, is already an old fox and knows never to give up stirring the collective mind. His film proposes a delicate matter that will divide the viewers. Provocation? Entertainment? Unfathomable family drama that tackles all the thorny themes of disguised as the best comedy of the year for half an hour? Confessions, regrets and confirmation of bad decisions and ideas center a story that crouches waiting for a toss of the rudder that will destroy everything in its path.

The fact is that Griffin’s film, without discovering the gunpowder, does raise a series of questions that have resonated in the minds of many people in recent years. To do harm between us moves with an enviable tonal balance that helps express emotion on the surface before events impossible to approach from the integrity.

In his immense country house in England, lifelong friends and family gather to celebrate Christmas. For such an event, nothing better than to start with a (voluntarily) silly Christmas song by Michael Bublé, composed for the occasion by a dream team made up of Lorne Balfe, Gary Barlow, Jane Goldman, Matthew Vaughn and Bublé himself.

That “Christmas Sweater” with which he opens the film to introduce the characters will soon take on a much darker turn as, in brilliantly subtle ways, new and unexpected layers and increasingly terrifying circumstances are added. Actually ‘Silent Night’ is the best example of anti-film of Christmas while still being the best Christmas movie in years.

The great debut of a screenwriter and director to take into account reinvents a type of cinema based on the feelings that surround the farewell, but He does it in a way that we had not seen before. Or yes, but of course, circumstances have changed. ‘Silent Night’ will receive your virginity of preconceptions with open arms and at the table. Bright and uncomfortable.

‘Silent Night’ is available on the online section of the Sitges Festival until October 17.

What Design Can Do returns to Mexico