Bullfrag
Home Technology Automobiles One of the few Ford GT Spider available outside the United States... 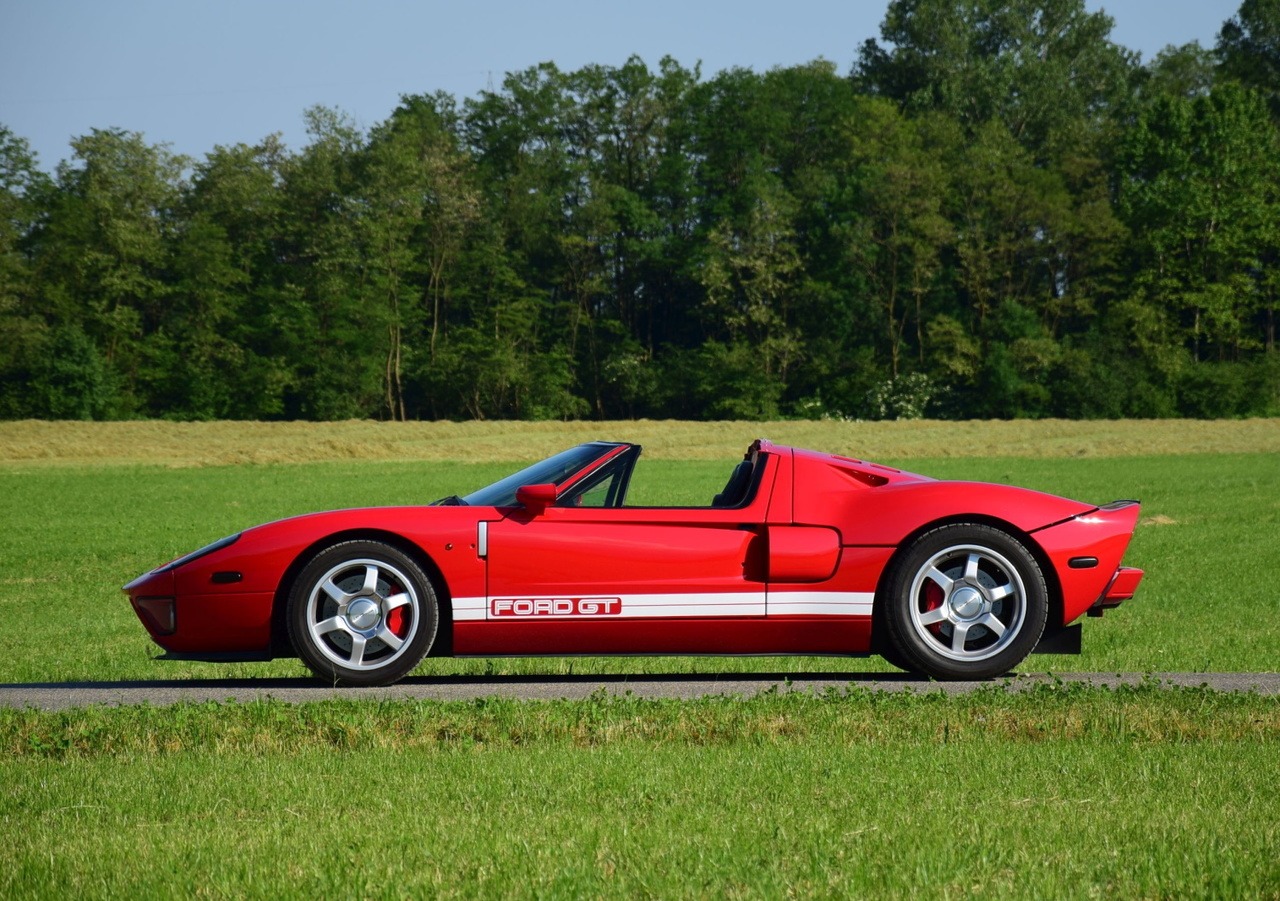 Artcurial is going to auction one of the few units of the Ford GT Spider that we can find, although this is much more exclusive since it is one of the few that were transformed outside the United States, since it was created in Great Britain.

The Ford GT presented in 2005 is a very rare model due to its low production, so the few units converted to spider specs are wildly exclusive pieces, as only a small number of them were converted and practically all correspond to copies of the Ford GTX1, a limited edition made by an aftermarket specialist with the approval of Ford itself.

The origin of the project was create a version similar to the original Ford GT40 X1 prototype, one of the few Ford GT40s that did not have a roof. The Ford GT presented in 2002 was manufactured strictly in a closed coupe version, hence the Genaddi Design Group company thought that creating this spider conversion would be a good deal. In principle a production of 600 copies was announced, but the final number of units transformed was around 100, although there are those who assure that it did not really reach the half.

The unit of red color with white lines that stars in these images It is a very different model from the aforementioned Ford GTX1 and it will be auctioned at the next event of the Artcurial house in Mónco, which will take place on Monday, July 19 in the Principality.

READ:  Tesla won't make it to Colombia, so be careful

Unlike Genaddi Design Group’s GTX1 edition, this red specimen received its spider transformation in Britain, so the unit with chassis number # IFAFP90S75Y40I202 was one of the few examples of the 2005 Ford GT that were destined for Europe. Its previous owner was a collector who enjoyed his models very much and made constant trips throughout Europe, hence the vehicle has 28,000 kilometers on its marker.

Ford GTX1: the lesser-known convertible variant of the Ford GT

The Artcurial auction will take place in Monaco and will be online, so anyone can bid from anywhere in the world. The French auction house hopes that this rare specimen reach a value between € 240,000 and € 320,000. Figures considerably lower than these specimens typically reach in the United States, easily exceeding $ 400,000 at auction.