By NicolasJanuary 28, 2022No Comments3 Mins Read 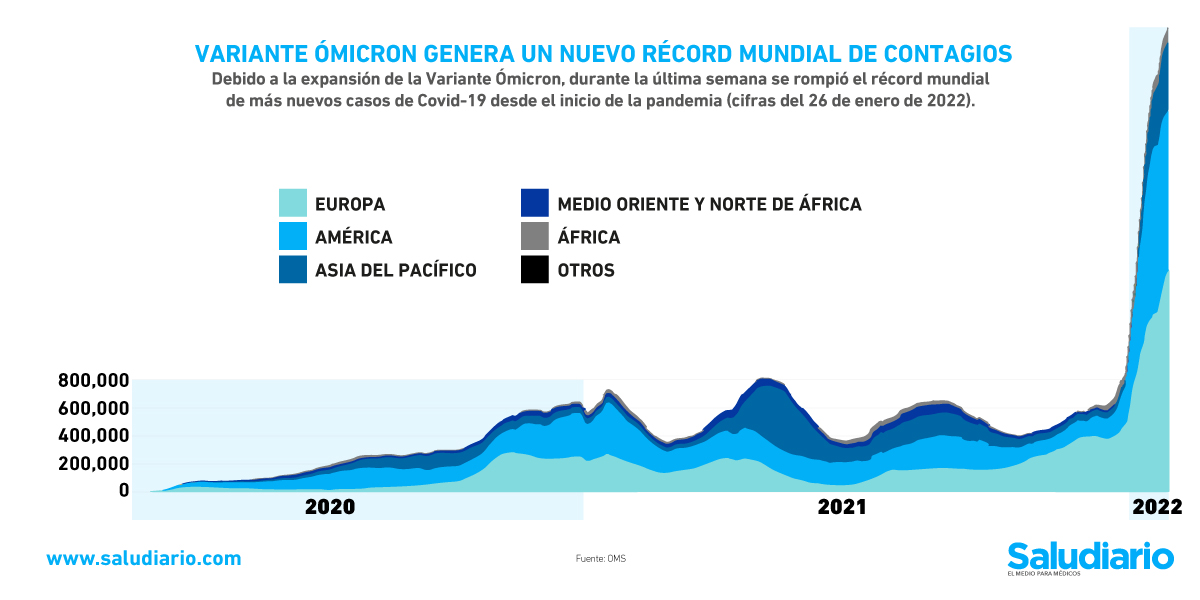 The world remains on permanent alert due to the Covid-19 pandemic that seems to have no end. It has been more than two years since the start of the health emergency and although there is progress in some areas, in others it seems quite the opposite. Especially the appearance of the Omicron Variant has become the new enemy to defeat. Although one of the drawbacks is that its true impact is still unknown.

According to the records of the World Health Organization (WHO), on November 26, 2021 the variant B.1.1.529 changed its name to Ómicron. The decision was made because the Specialist Committee determined it to be of concern. In this classification, the most dangerous are placed and letters of the Greek alphabet are used for their denomination.

With this in mind, only two months have passed since the official birth of the Omicron Variant. During that period, it has managed to spread throughout the planet and already represents the majority of new infections.

In that sense, the greatest characteristic of this mutation is its high rate of transmission. Never before had one been observed that managed to spread so quickly and generate so many cases in such a short time.

As an example, the following graph of Statistical with official WHO figures. During 2020 and 2021, the highest peaks of the pandemic were when between 600,000 and 800,000 new infections were generated daily throughout the world.

Read:  Gifted children will be supported by the Mexican Space Agency

The worst moment of the pandemic is today

Instead, on January 26, 2022, a new record was set. On that date they registered 3.33 million new infected people in the world. While during the last week the reported figure was 21 million cases. This represents more than three times what happened at the most dangerous moments of the health crisis.

Now, versions have been heard that the Omicron Variant could mean the end of the pandemic. The WHO believes the opposite because false hopes cannot be generated nor should one fall into optimism.

Everything starts from the fact that this mutation can generate the emergence of others that are equally or more dangerous. In addition to the fact that overconfidence can cause people to no longer go to get vaccinated.

“The more the virus circulates, the more opportunities it has to change,” said Dr. Maria Van Kerkhove, WHO’s Covid-19 technical lead, in a statement. He further noted that the Omicron Variation is unlikely to be the last to appear. There is a good chance that others will appear in the short term.