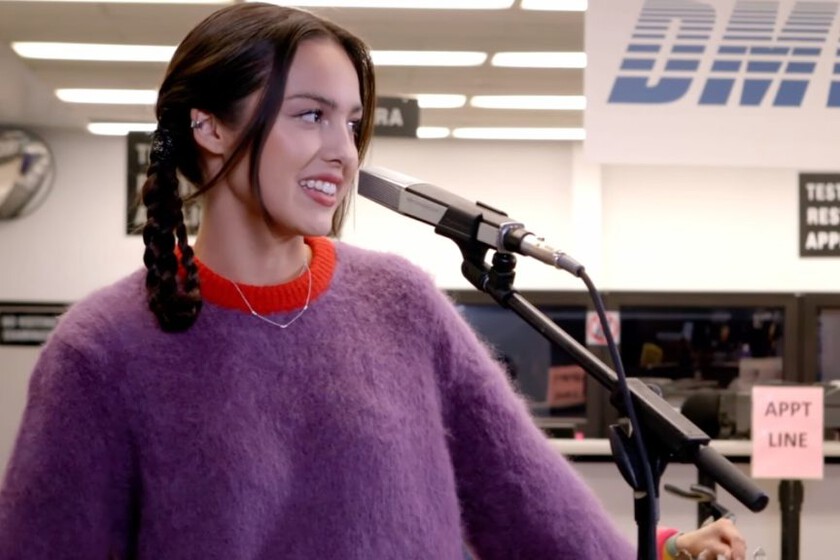 Olivia Rodrigo is one of the musical phenomena of the year. Having been invited to the White House by President Joe Biden and her seven Grammy Award nominations attest to that. And is that Sour, her debut album, has managed to connect both with adolescents who suffer their first love disappointments, and with adults who have felt transported to those days as if it were a regression to the past induced by their lyrics. An invocation that we can repeat now with his Tiny Desk concert.

The music show Tiny Desk (which would translate to “tiny desk”) first aired in 2008 and has since hosted performances by artists such as Billie Eilish, Dua Lipa, Adele, or even C. Tangana. Both indie and mainstream have a place in this project by the American broadcaster NPR what offers an original and distinctive approach to live music.

The objective is to surround yourself with the minimum number of instruments necessary to be able to carry out the show in what is, literally, a small office. Although, since the pandemic began, artists have been organizing performances directly from their homes or in special locations. The Madrilenian, for example, chose for the occasion Casa Carvajal, an enclave built by the architect Javier Carvajal in 1968 and which is inspired by the Alhambra.

So, in honor of his hit Drivers License, Olivia have it carried out at a DMV office, which would be the American equivalent of our DGT. Let us remember that in this song nominated in three categories for the next edition of the Grammy Awards, Rodrigo sings in distress how he just got the driver’s license that he will no longer be able to use to go to his ex’s house.

A set of four acoustic songs that included the singles Good 4 U, Traitor, Drivers License and Deja vu. The Californian artist recently announced a world tour that will begin next spring. However, it has left Spain out of the way. So, those who want to see it will have to approach Germany, Switzerland, Italy, Belgium, France, Holland, United Kingdom or Ireland. Or, also, give the play below, even if it is not the same.

We would love to drive this Dior car, but at the moment it is only available on Playstation in the game Gran Turismo 7

The most comfortable flat sandals that you will wear in summer are from Sotoalto, you can find them in different colors and with discounts...

From skinny to extra loose, these are the jeans that fit in everyone’s wardrobe and cost less than 15 euros in the latest Green...