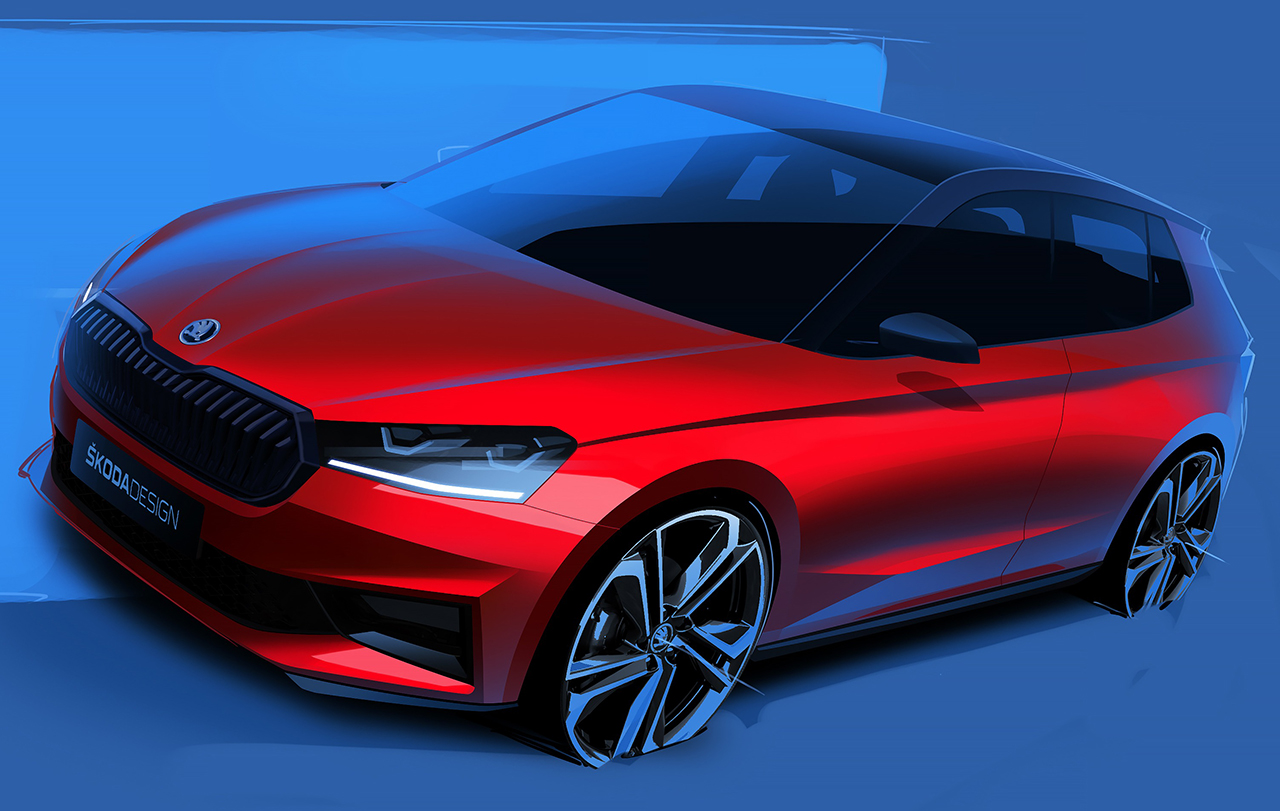 The new Skoda Fabia lends itself to a sportier version that recovers the two letters that convey magical sensations in the Czech manufacturer’s range. The acronym RS will not be present in the utility, but these sketches confirm that we will have a new Skoda Fabia Monte Carlo.

Sooner than later, the new Skoda Fabia It will have a top-of-the-range version, a crown in which sportiness will prevail. Once again, the firm of Mladá Boleslav resists the utilitarian adding an option with the two consecutive consonants of the alphabet -«RS»- that yes are present in other models, including also the new electric SUV.

The fourth, and new, generation of the Fabia presents a design as modern as it is sporty. Its proportions lend themselves to it, with a longer silhouette and a lower height, but Skoda has chosen to give continuity to the saga of the Skoda Fabia Monte Carlo, which was presented to the public for the first time eleven years ago. The proof is these three official sketches in which it reveals its new image, both exterior and interior.

Index hide
1 Skoda Fabia Monte Carlo 2022
1.1 The new Skoda Fabia with a 150 hp engine already has a price in Spain

Taking a closer look, you can see the special details that will distinguish this top of the range from the rest of the finishes, highlighting the extra aggressiveness. In front, satin black color dresses the radiator grilleperfectly in keeping with a new bumper featuring a spoiler on the lower edge and larger air intakes spread across the width.

Read:  BMW 7 Series 2023, all prices and range of the new generation saloon

Mounted on large alloy wheels and fitted with low-profile tyres, the black painted wing mirrors, along with the pillars, glazed surface trim and roof, offer a more sophisticated point, while the rear outline also shows special details: a spoiler at the top of the tailgate, painted black extending the roofan aerodynamic diffuser integrated in the bumper, and eye, the darkened taillights.

Even the interior exudes a more special air, with sports seats and integrated head restraints, a new multiplication steering wheel with the “Monte Carlo” emblem. It could not be otherwise, but the gear lever and brake steering wheel are covered in black leather with contrasting red stitching. An interesting preview, of which It is not known when it will be presented nor if the associated engine will have a concrete specification, although everything points to the 1.5 TSI EVO 150 hp with the 7-speed DSG automatic transmission.