Nth teaser of the Volkswagen Amarok 2023 that reveals more details 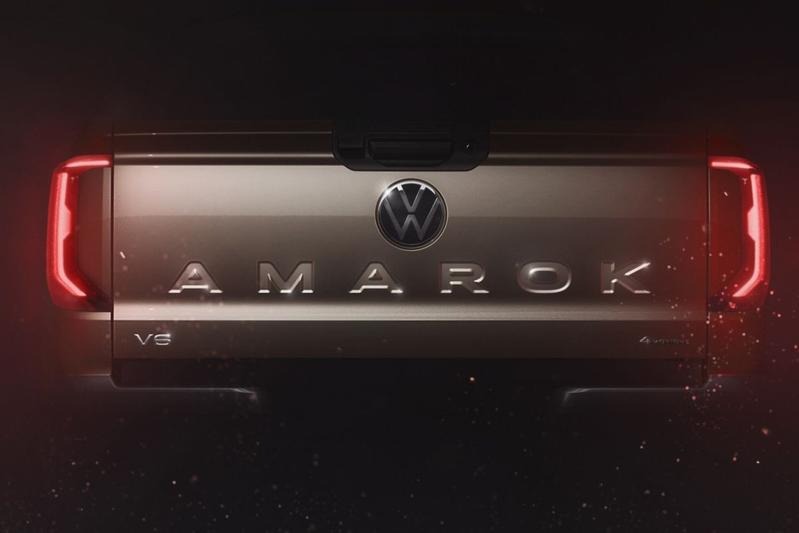 New preview of the Volkswagen Amarok 2023. The German firm, which has already practically unveiled the design of the new generation of the pick-up, presents one more preview in which it reveals the rear part and a couple of other details.

If there was anything more to be said for the new Volkswagen Amarok 2023 it was the back in a clearer way, since it was already revealed in one of the Christmas greetings from the brand’s commercial vehicle division, which has been the one that has led the development of the second generation of this pick up.

Even so, Volkswagen continues to reveal advances prior to its world presentation that is scheduled for this coming summer, and in which it has shown the back. The lights housed in the pillars of the cargo box with a more modern daytime running light in the form of «C», and the name of the model highlighted on the front cover of the cargo box and printed in the sheet metal stamping process.

Volkswagen Amarok 2023, the pick-up about to debut

The brand has also confirmed a detail that we already knew, one of its mechanics. A powerful 3.0-liter V-six engine architecture which will be associated with 4MOTION all-wheel drive and an automatic gearbox that is expected to be 10-speed like the new Ford Ranger. The model on which it is based, the result of the alliance between the Germans of Wolfsburg and those of the Blue Oval in the field of commercial vehicles.

However, it is a mystery that the availability in the different markets of this top-of-the-range version will be revealed in the imminent world presentation. And it is that although reason invites us to think that the 2.0-liter four-cylinder diesel they are more suitable for some markets such as Spain, Volkswagen likes to demonstrate power and brute force in any commercial destination.

More details of the Volkswagen Amarok 2023, the prototypes of the pick-up show their skill

The brand has confirmed different levels of finish, with its own aesthetics in each of them, in addition to two configurations of single cabin and double cabin with five seats, with an interior that will not detract from the passenger models at all, as it has also been seen in a preview. In a few weeks, the German pick-up will be revealed, knowing all its qualities in great detail that we will tell you.

With creative campaign, Heinz reveals the problem of the Super Bowl