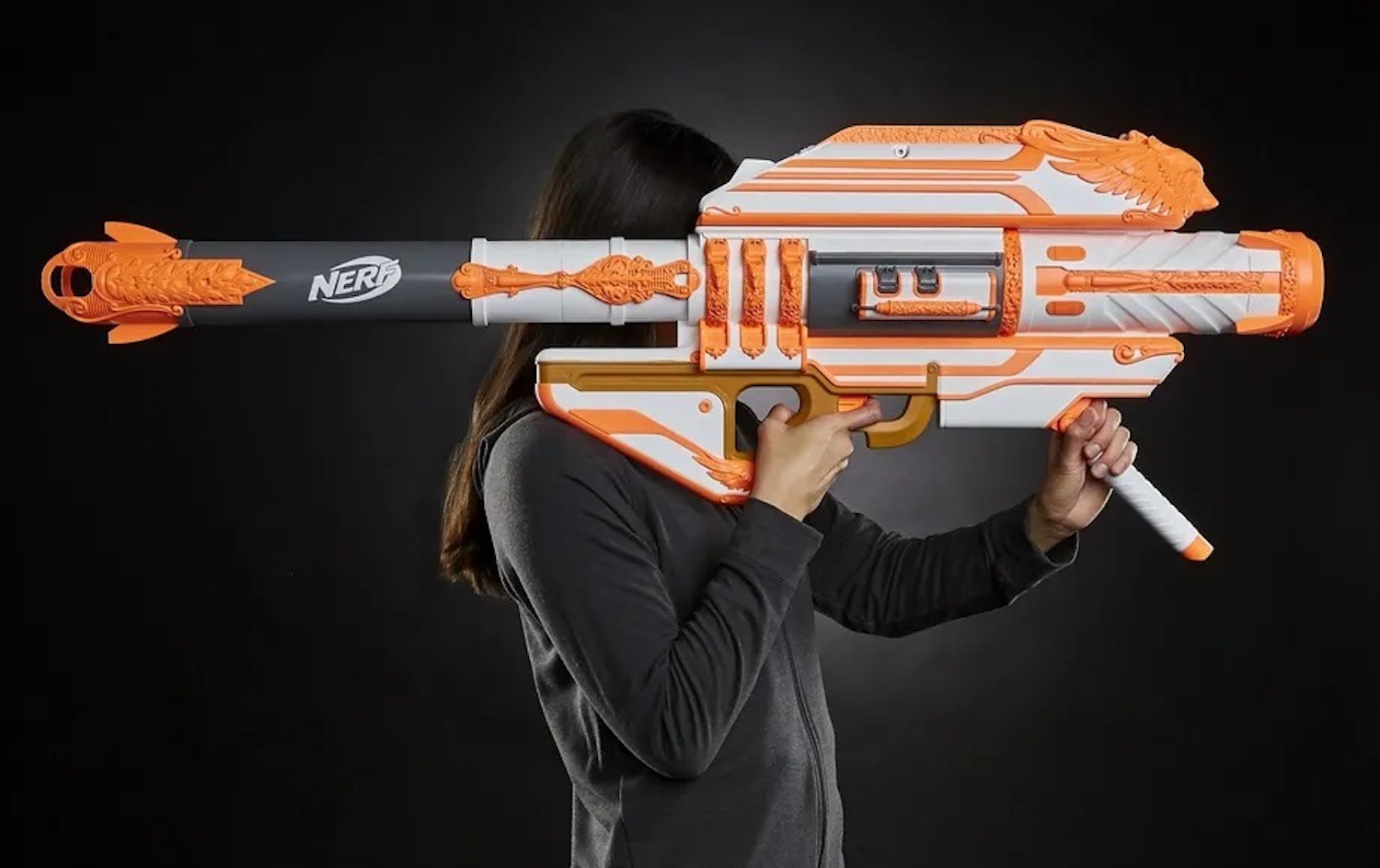 And no 3D printing or shopping on Aliexpress. Nerf and Bungie have announced the launch of a replica of the mythical Gjallarhorn, one of the most used weapons in the game, so true fans of the game can shoot it real life too. Of course, forget about using it to kill the boss end of the Raid, since like all other NERF weapons, the Gjallarhorn only shoots foam bullets.

Although it is a children’s toy, keep in mind that the Nerf Gjallarhorn is huge. Destiny’s rocket launcher is built in 1:1 scale, and measures over four feet long. And not just anyone can buy it. Although reservations start on July 7, you will have to unlock it in the game before you can make the preorder.

The condition to enter the virtual waiting room in which the Gjallarhorn will come is to have completed the challenges of the 30th anniversary of Bungie in Destiny 2 before July 7 at 9 am in Pacific time, since the reservations start an hour later.

If you haven’t unlocked the rocket launcher before then, there’s a good chance you won’t be able to get your hands on one, as units seem to be quite limited. If any remain available after the pre-order period ends, Bungie willIt will be on sale from July 21.

As well as having to have unlocked the rocket launcher in-game, you’ll also have to shell out a hefty sum for it, considering it’s not a limited single piece, but also a functional toy: It will be a total of $185 dollars that you will have to pay if you are lucky enough to reserve it, and Bungie has not given a specific date for its shipment.

Destiny’s Gjallarhorn is capable of firing three Nerf mega darts, and according to its creators it gives the visual sensation that the Wolfpack Rounds they spin and fly through the air towards your target. The toy includes three of those mega projectiles and nine darts in total:

We wanted to integrate the way it reloads into the game so that the entire top casing of the Blaster moves forward, it opens the loading bay just like it does in the game. You open the shell like in the animation and then pull back and you’re ready to unleash a burst of three MEGA darts, which is awesome. It’s the first time at NERF that we’ve created an easily reloadable MEGA dart cartridge that fires multiple MEGA darts at once.