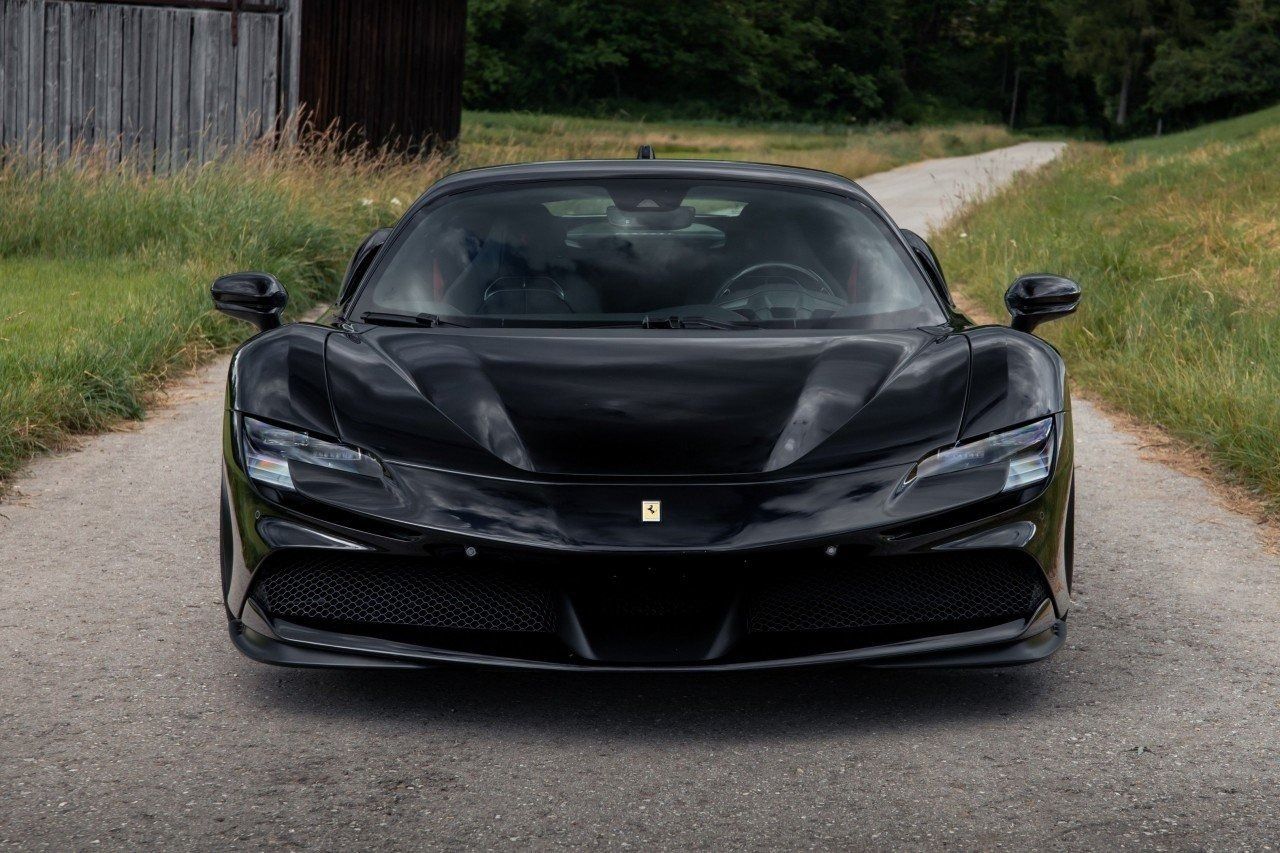 Just a few months ago, the first hybrid sports car in the history of the Prancing Horse brand was released. The new SF90 Stradale was an anniversary gift to celebrate the firm’s 90th anniversary. A beast that has passed through the workshops of the German Novitec trainer that has left a truly indelible mark.

The Ferrari SF90 is the latest great novelty from the Italian firm in this year 2021, a model that has launched a more modern design philosophy, as well as sporty and elegant. But this is not one of the most important of its qualities, rather it is the first high-performance hybrid of the firm. A plug-in with which you climb to the Olympus of sports with this technology.

The new SF90 Stradale It has a powerful 4.0-liter biturbo V8 engine that develops a not inconsiderable figure of 780 hp, and is supported by three electric motors that add 220 hp more to the equation. In total, 1000 CV, which those of Novitec have considered insufficient and with significant room for improvement. The German high-end tuning specialist has implemented a new high-performance exhaust system with metal catalysts. The only novelty but with which the maximum power rises up to 1,033 hp and the engine torque up to 858 Nm.

The Ferrari SF90 Stradale passes through the hands of Novitec, for the first time

The system has two stainless steel exhaust terminals with a diameter of 112 millimeters and carbon trims. But beware, the Germans still consider that it can increase performance further and they are already working on other improvements that will be announced in a few months. Of course, as usual in Novitec, the exhaust system has electronic fins that allow it to vary its position and offer more raw melodic notes.

READ:  Dacia studies eliminating the cheapest version of the Sandero

Another feature of the Ferrari is the new twin-spoke five-spoke alloy wheels, 20 inches in diameter for the front and 21 for the rear, mounted on 255/35 ZR 20 and 325/35 R 21 tires, respectively. Supplied by Vossen, they have been painted in bronze to contrast with the new black body color, one more proposal of the 72 colors available for the wheels.

Novitec has also improved the suspension with new sport springs that lower body height by 30 millimeters at the front and 25 millimeters at the rear, lowering the center of gravity. A forced modification if we take into account that the adjustments to the engine have increased the specifications but not the benefits, which remain at 0 to 100 km / h in 2.5 seconds and a maximum speed of over 340 km / h. An announcement of what is to come next.

How to change your Instagram username in a few steps