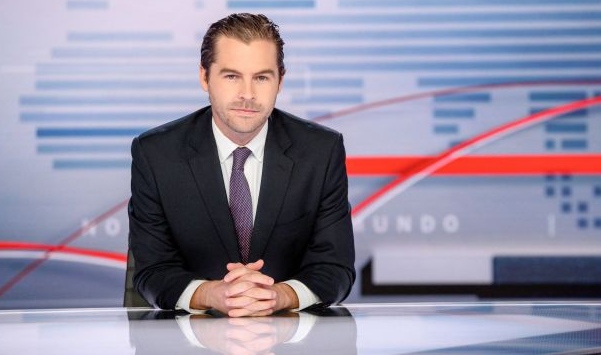 Telemundo’s strategy of adding audience to the Latino community in the United States led the network to confirm Julio Vaqueiro as the brand new host of “Noticias Telemundo”, the main news program of the channel.

The Mexican journalist takes over as the main face of the nightly newscast after the departure of José Díaz-Balart.

He will also host monthly specials and highlights and breaking news, and host a new show on MSNBC.

Vaqueiro has worked at Telemundo for four years. His last spot was as co-host of the weekend newscast, “Noticias Telemundo Fin de Semana”. Previously, he had been a co-host on Telemundo 52, a network affiliated with the main one, but only in Los Angeles.

He has also worked as a CDMX correspondent for the news magazine Al Rojo Vivo.

According to the official statement of the news chain, Vaqueiro has been responsible for covering some of the most relevant events in recent years, such as the Covid-19 crisis, the dispute for the presidency of the United States and the difficulties related to immigration at the border with Mexico.

Telemundo and Univisión (owned by Grupo Televisa and Univision Communications) continue in the dispute to be the most powerful television station in the Spanish-speaking world in the United States. It is a fierce battle to win one of the markets that little by little were consolidating in the country now governed by Joe Biden.

One of the strategies that was key to Telemundo’s takeoff in this fight (it still ranks second) was that the company that is part of the Comcast NBCUniversal holding obtained the broadcasting rights for the 2018 FIFA World Cups in Russia and Qatar 2022, after paying 610 million dollars.

Read:  5 devices and technologies that you will only see in China

This dispute caused, for example, that for the first time in its history Univision broadcast in 2020 a Brazilian telenovela in primetime at 10 PM: “Dulce ambición”.

One of Telemundo’s big bets is the reality show “Así se baila”, which began on September 12. The show is hosted by Jacky Bracamontes and Carlos Adyan and breaks all rating records. The jury is made up of Mariana Seoane, Cristian de la Fuente and Adamari López, who are in charge of qualifying the participants.