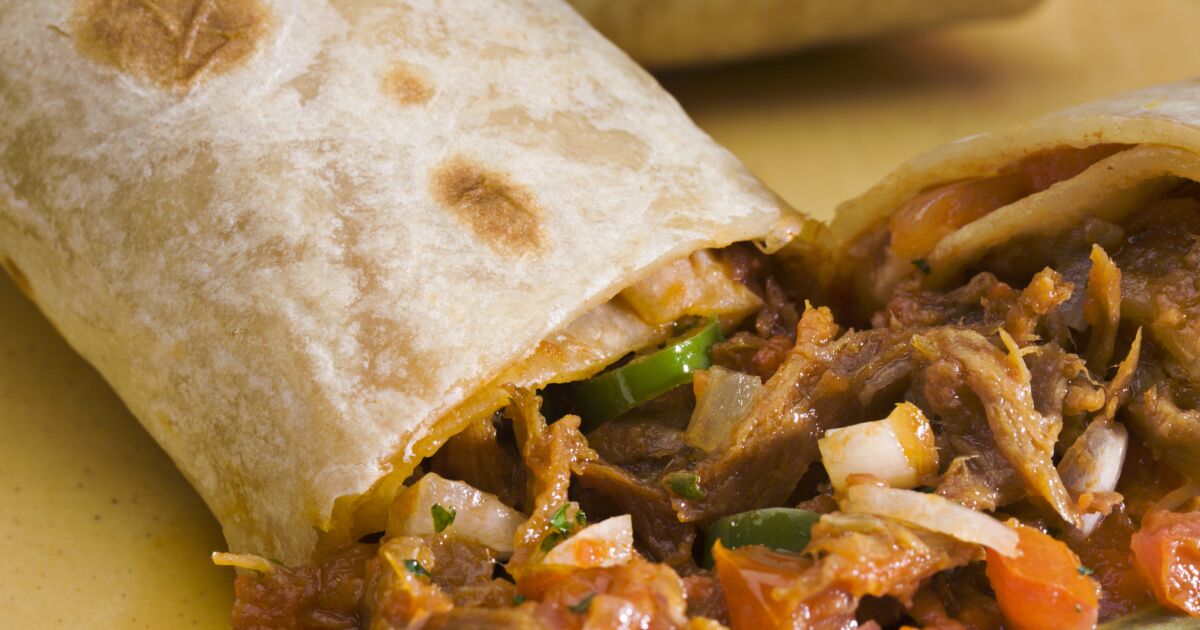 The burrito may have a debatable origin in Mexico, many think that it is a food of American origin. However, one of the most popular versions comes from the border between Ciudad Juárez and El Paso.

The story tells that a certain Juan Mendez he sold food in a stall of Juarez City during the Mexican Revolution and to keep the food warm she wrapped it in a giant tortilla. It is assumed that they began to call them that because when the demand grew, he crossed the Rio Grande with a donkey to sell them.

The traditional burrito is a flour tortilla (made by hand), a base of beans and a stew of your choice

Although there are other possible origins , Ciudad Juárez is the town with the highest consumption of burritos and with more than 300 establishments specifically dedicated to the preparation of this dish with countless stews for it. There are other styles such as the so-called percherón from Sonora; which is larger and has the traditional roast beef from the northern state, the California style; based more on meat and chicken, on the other hand in Texas it even has rice and vegetables.

But in any case it is not a North Korean invention.