Nominees for Best Film at the Oscars 2023: these are the films recognized by the Academy that you can see on streaming platforms 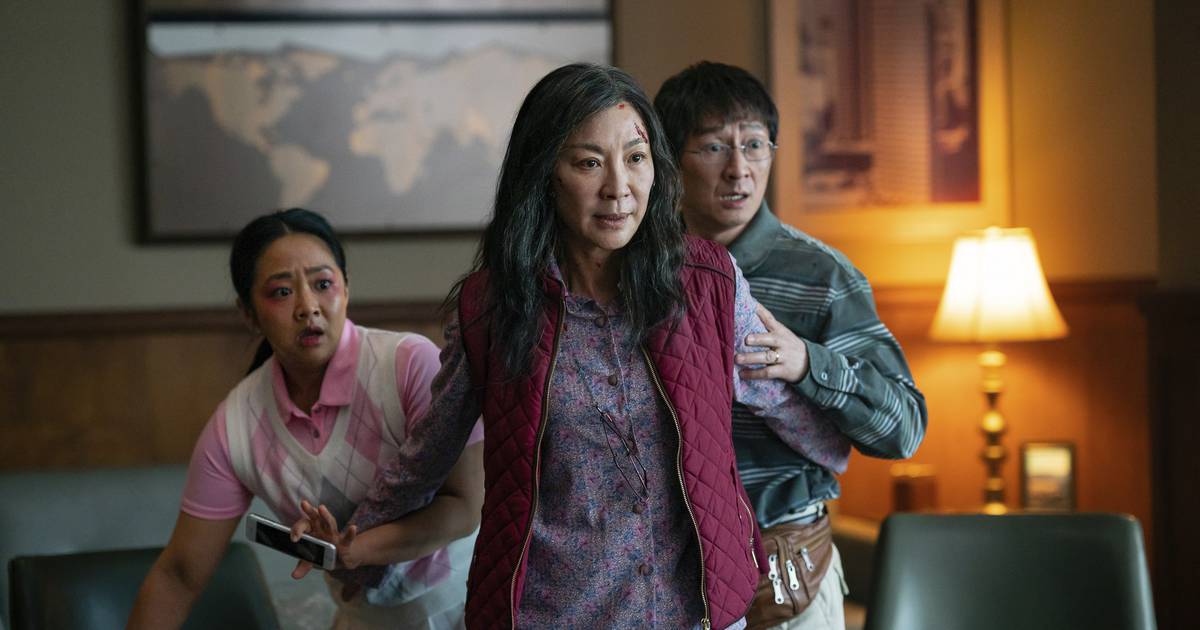 In a live event broadcast on its platforms, the Hollywood Academy of Motion Picture Arts and Sciences announced the nominees for the new edition of the Oscars 2023.

The event, which will be hosted by Jimmy Kimmel on March 12, will have Everything Everywhere All at Once as the film with the most nominations, including Best Film of the year.

The film directed by Dan Kwan and Daniel Scheinert is one of the great favorites, obtaining the best reviews during 2022 and being recognized in the awards season at the beginning of this year.

Other of the films that obtained several nominations are “The Banshees of Inisherin” and the German “Im Westen nichts Neues”.

If you have not yet seen any of the nominated films, then keep reading that you will find the list of nominees for Best Film and its availability or not on streaming platforms.

After seeing the movie “The Greatest Show on Earth”, the young Sammy Fabelman falls madly in love with cinema. Armed with a camera and with the help of his mother, Sammy tries to shoot his first movie at home.

Where you can see? At the moment, only in theaters or on iTunes.

The Banshees of Inisherin

On a remote Irish island, Pádraic is devastated when his friend, Colm, suddenly ends their lifelong friendship. With the help of his sister and a troubled islander, Pádraic sets out to repair their damaged relationship by any means possible.

Read:  Movie with Michael Keaton would have been canceled by DC Studios

Where you can see? HBO Max

Elvis Presley rose to fame in the 1950s while having a complex relationship with his manager, Colonel Tom Parker.

Where you can see? HBO Max

Everything Everywhere All at Once

An unexpected heroine must use her newfound powers to battle the bewildering dangers of the multiverse in order to save her world.

Where you can see? At the moment, it can only be purchased on Apple TV.

The famous musician Lydia Tár is about to record the symphony that will mark the pinnacle of her career. However, fate seems to be against her and she only finds comfort in Petra, her adoptive daughter.

Where you can see? For now, only in theaters.

Maverick, who has 30 years of service, is now an instructor for military pilots. One last mission, one final sacrifice, forces this master of the skies to face the open wounds of the past and his deepest fears.

Where you can see? Paramount Plus

Carl and Yaya, a couple of influencers, are invited to a luxury cruise ship whose captain refuses to greet them. The situation takes an unexpected turn when a brutal storm hits the boat.

Where you can see? At the moment only in theaters and on iTunes.

The women who make up a religious colony try to reconcile with the faith after having suffered a series of sexual assaults.

Where you can see? Currently only in theaters.

17-year-old Paul joins the Western Front in World War I, but his initial enthusiasm is cut short by the grim reality of life in the trenches.

Where you can see? Netflix

Avatar: The Way of Water

Jake Sully and Ney’tiri have started a family and do everything they can to stay together. However, they must leave their home and explore the regions of Pandora when an ancient threat reappears.

Where you can see? Currently only in theaters.