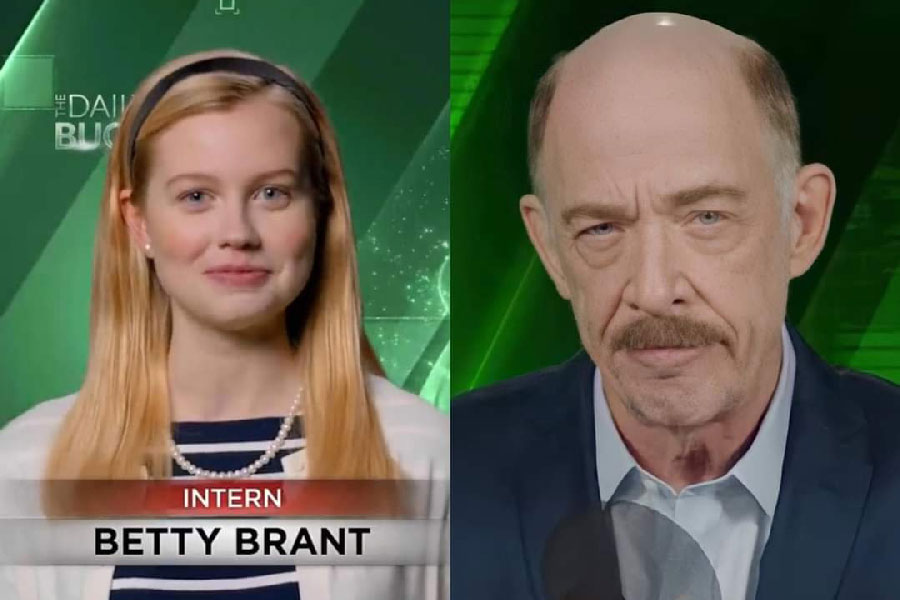 Facebook
Twitter
Pinterest
WhatsApp
Index hide
1 In the Spider-Man: No Way Home universe (s), The Daily Bugle introduced its TikTok account and introduces Betty Brant as the newspaper’s new intern.
1.1 The origin of the new cinematic threat of Spider-Man is waiting for you in our online store with:
2 Marvel Deluxe – Spider-Man: Sinister Six
3 It is also being read

In the Spider-Man: No Way Home universe (s), The Daily Bugle introduced its TikTok account and introduces Betty Brant as the newspaper’s new intern.

Spider-Man: No Way Home promises to be the biggest post-pandemic blockbuster and now Sony has opened a new TikTok account for The Daily Bugle. With the title of @TheDailyBugleOfficial we see the newspaper account where we learn that the MCU’s Betty Brant (Angourie Rice) has joined the news outlet led by the J. Jonah Jameson (JK Simmons) of the Sam Raimi trilogy.

In the recent Spider-Man movies, Betty Brant is played by Angourie Rice, who reprises her role in Homecoming and Far From Home. And while in the comics the character starts out as a newspaper assistant to become an investigative journalist, in the MCU she is part of the Midtown High student body of journalism. However, the first TikTok of the Spider-Verse we know that Brant has been hired by the Daily Bugle as an unpaid intern.

Take a look below at the three videos that the nascent TikTok of The Daily Bugle already has:

Join us as an intern of The Daily Bugle, no experience required! Get our reporter pack from our 🔗 in bio.

Tell us you hate Spider-Man without telling us… (even if you don’t actually hate him).

Hi TikTok 👋 Welcome to The Daily Bugle! Follow us for breaking news on Spider-Man you can’t get anywhere else.

The origin of the new cinematic threat of Spider-Man is waiting for you in our online store with:

With six, you get chaos!

While still in high school, the surprising Spider-Man faced one of his most chilling challenges when six of his most unnerving nemesis formed a crime team – the Sinister Six! Years later, Doctor Octopus reunites the members again to carry out his most remarkable plan to date. Time has made them more deadly than ever, even as they have made Spidey’s life more complicated! Can he teach the Sinister Six a lesson or will they educate him? Plus, learn the fate of a former Spidey minor character and Mary Jane’s greatest enemy! Featuring guest appearances from the Fantastic Four, the Avengers, and more!

WHAT IS THE HUNTING TECHNIQUE OF THE OSPREY?