Bullfrag
Home Entertainment No way home ‘for IMAX confirms that Charlie Cox does not appear... 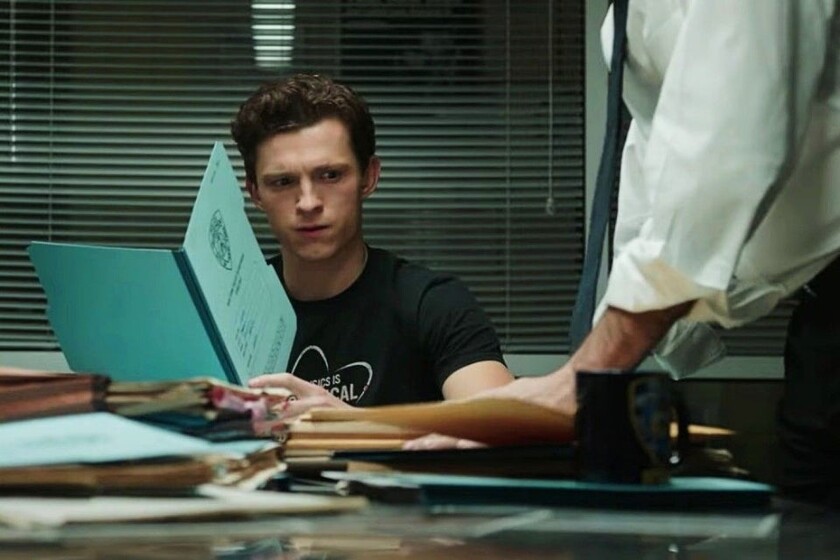 The long-awaited trailer for ‘Spider-Man: No way home’ broke records, making it clear that it is the most anticipated film of the remainder of 2021. In it there were many details that caused speculation by the public, but probably the most striking was the possibility that Charlie Cox reprise his role as Matt Murdock in a brief scene in which we did not see the face of the character. That theory has been dismantled by the IMAX version of the preview.

At one point in the trailer we saw how Peter Parker was with a character who could perfectly be his lawyer, who wears a look reminiscent of the one Cox used to use in the Netflix series. That was enough for this hypothesis made the actor trending topic on Twitter. The actor himself denied it, but of course, people clung to the possibility that he was simply playing the game, but no, he was telling the truth.

And it is that the IMAX version of the trailer for ‘Spider-Man: No way home’ allows you to see the face of the actor playing that character and it has become quite clear that it is not Cox. That does not mean that we can already rule out a possible reappearance of his, but it will not be that specific character.

Saw #Shangchi in imax and they played the #SpiderManNoWayHome trailer before and because of the increased aspect ratio I was able to see the face behind the arms and can confirm it is NOT Charlie Cox #Daredevil pic.twitter.com/5l9r8aOQQ0

The actor himself recently commented to The Direct that “it’s hard to talk about this. I guess everyone including me will have to wait and see what happens“Come on, that has become the mysterious, feeding the possibility of seeing Cox again as Daredevil.

Read:  What will the future of Maggie and Negan look like?

The premiere of ‘Spider-Man: No way home’ is scheduled for the next December 17.