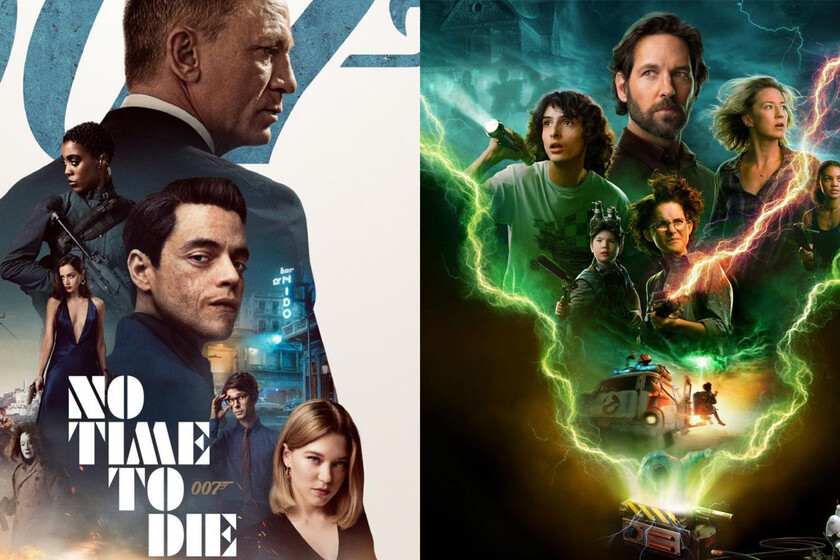 There may be less than a month and a half left to close the 2021 film course, but that does not mean that there is still no time to beat the odd box office record in this peculiar pandemic era that we have had to live; And if the other day we celebrated that ‘Way Down’ had become the best premiere of the year for a Spanish film, today we have to set our sights on the good old James Bond.

Since its premiere at the end of September – it debuted in Belgium and South Korea on the 29th of that month – the spectacular ‘No Time to Die’ has managed to harvest equally dazzling 733 million dollars in the international box office that have made it into the movie made in hollywood highest grossing of 2021.

In this way, the feature film by Cary Joji Fukunaga has managed to overtake the racing cars of ‘Fast & Furious 9’ on the right -also from Universal, everything stays at home-, former holder of the world number one with 725 million dollars accumulated and the recognition of being the only production to date to exceed 700 million this year. In Spain, the films starring Daniel Craig and Vin Diesel have grossed 2.49 and 3.32 million respectively.

Who are you going to call?

On the other hand, with regard to the international box office, it is necessary to mention the more than estimable debut of ‘Ghostbusters: Beyond’; the new installment of the franchise started in 1984, which has started its journey in cinemas with a total of 44 million dollars raised in the domestic market. A figure that has made Paul Feig, author of the controversial ‘Ghostbusters’ of 2016 – which debuted with 46 million -, congratulate Jason Reitman with a tweet.

Huge congrats to@JasonReitmanand the whole #GhostbustersAfterlife cast and crew on this amazing opening weekend. The film is brilliant. So exciting to have a whole new generation bustin ‘! Here’s to many more ecto adventures! #weareallghostbusters https://t.co/DBkFuW3udS

“Huge congratulations to Jason Reitman and the entire ‘Ghostbusters: Beyond’ team on their incredible opening weekend. The movie is brilliant. It’s so exciting to have a new generation playing it! To many more ectoadventures! #We are all Ghostbusters “.

We will see how the Spanish box office behaves with her when the next one is released December 3.

Read:  Zendaya's looks that remind us of Spider-Man characters