Nissan X-Trail 2023, debuts the renewed SUV with e-Power technology and other news 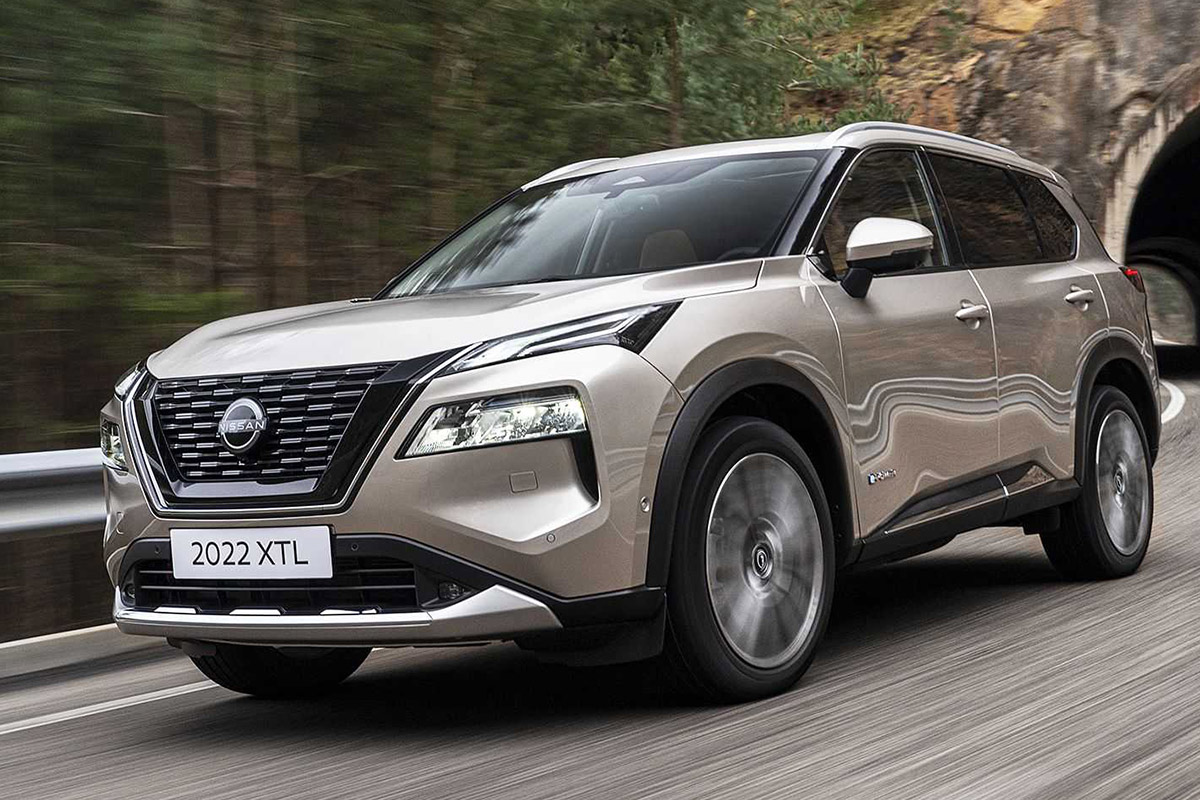 The new Nissan X-Trail 2023 has been presented in Europe. Nissan’s popular seven-seater SUV debuts a new generation. The fourth generation of the X-Trail bursts onto the scene loaded with very important novelties. Among them, the e-Power technology and the new exterior design stand out.

The long-awaited renewal of Nissan’s seven-seater SUV has been presented in Europe. The new Nissan X-Trail 2023 has debuted in the Old Continent loaded with very important novelties. Some novelties that go far beyond a simple change in exterior design. After nearly seven million units sold worldwide, the Japanese SUV debuts the fourth generation.

The largest SUV sold by nissan
in the European territory has adapted to the new times. Times marked by electrification, connectivity and automation. After the commercial launch of the new Qashqai, now it is the turn of his “big brother”. Let’s go into detail and review all the keys.

The design of the new Nissan X-Trail 2023

Just take a quick look at the images published by Nissan to discover how the exterior design of the X-Trail has changed. Adopt a modern and muscular style. Logically, it is based on the new design philosophy that Nissan is applying to its new models. The brand has also sought to enhance its more versatile and adventurous side.

The new front features a V-Motion grille flanked by renewed optical groups in which the led technology is protagonist. The headlights are divided into two groups. At the top are the lights intended for daytime driving. Other details to underline are the expression lines of the hood and the bumper.

The side view brings out the SUV essence of the X-Trail. The roof bars are combined with plastic bumpers that protect the lower part of the body. And ending our tour of the exterior at the rear, the most distinctive features that should be highlighted are the pilots in a horizontal and enveloping arrangement, the roof spoiler and the bumper with a bulging defense painted in silver.

As for the level of personalization, is very acceptable. The new X-Trail is available in ten body colors with five two-tone combinations. There will be 15 variations available to choose from. You also have to take into account the rim designs.

The interior and technology of the new Nissan X-Trail 2023

Leaving aside the outside, if we go into the interior of the new X-Trail we will quickly be enveloped by a warm and comfortable atmosphere. The cabin will be available in configuration of five (2+3) and seven (2+3+2) seats. The company has devoted significant resources to improving the quality of fit and finish.

The new X-Trail is a digital and connected car. Once settled in the driving position we will find a new infotainment system with 12.3-inch touch screen which is combined with a 12.3-inch digital instrument cluster. And if that wasn’t enough, you have to add a new 10.8-inch Head-Up Display (HUD). By the way, the multimedia system is compatible with Android Auto and Apple CarPlay.

It is possible to maintain certain remote control of the vehicle through the NissanConnect Services app and enjoy different online digital services. The front and rear USB charging connections with USB-A and USB-C ports, added to the wireless charger for compatible mobile phones, will allow us to always be connected. The trunk cubic a cargo volume of 585 liters with five seats. A capacity that can be increased by folding down the rear seats.

The list of driving assistance systems is very complete. The new X-Trail is equipped with the new generation of ProPilot driver assistance. The so-called ProPilot with Navi-link, a technology that we already find in the Qashqai. For example, the vehicle can adapt speed depending on additional external circumstances. The system is not only capable of reading road signs, it also takes into account speed limit data from the navigation system.

Read:  Dolph Lundgren's daughter raises the temperature near a Lamborghini

It has been developed on the CMF-C platform, architecture also used by the aforementioned Qashqai. The use of this platform has made it possible to redesign the suspension and steering. The new X-Trail now features an updated McPherson strut setup at the rear. The rear suspension has a multi-link configuration. Regarding the address, its response has been improved.

The electrified engines of the new Nissan X-Trail 2023

It is time to talk about the mechanical section. The X-Trail has finally succumbed to electrification. The first detail that we must emphasize is the no diesel engines. Everything has been bet on gasoline and, logically, on electrification. The great protagonist is a 1.5-liter variable compression turbo engine. A block available in light hybrid version (MHEV) and in e-Power version.

The new X-Trail becomes the second Nissan model to debut e-Power technology in Europe. The 1.5 VC-Turbo variable compression engine develops a power 163 hp and 300 Nm of maximum torque when configured with MHEV technology. A block associated with an Xtronic automatic gearbox and a front-wheel drive system. Thanks to this mechanism, it can accelerate from 0 to 100 km/h in 9.6 seconds and reach a top speed of 200 km/h.

The e-Power version of the new X-Trail It is equipped with a high-performance battery that is complemented by a variable compression gasoline engine, a power generator, an investment and a 150 kW (204 hp) electric motor. The electric motor is in charge of propelling the vehicle, while the gasoline engine has the role of electric generator. A very interesting feature of the new X-Trail e-Power is that it has the e-Pedal Step function, which allows driving in certain situations using only the accelerator.

The light hybrid engine of the new Nissan X-Trail 2023

The e-Power engine of the new Nissan X-Trail 2023

The new X-Trail incorporates a new four-wheel drive system designed to work with 100% electric motors from Nissan. It is the e-4ORCE system. It will only be available for the e-Power versions and has two electric motors that deliver a total power of 157 kW (213 hp). The rear motor has 100 kW (136 hp), allowing the X-Trail to accelerate from 0 to 100 km/h in 7 seconds. In addition, the brand emphasizes that it offers a much faster instantaneous torque response than a mechanical all-wheel drive system.

Release date and prices of the new Nissan X-Trail 2023

When will it hit the market? The landing of the first units of the new X-Trail to Spanish dealers is scheduled for next October. The opening of the order book will take place tomorrow, September 7, 2022. Initially it will be available in an e-Power version. The starting price is €44,460.