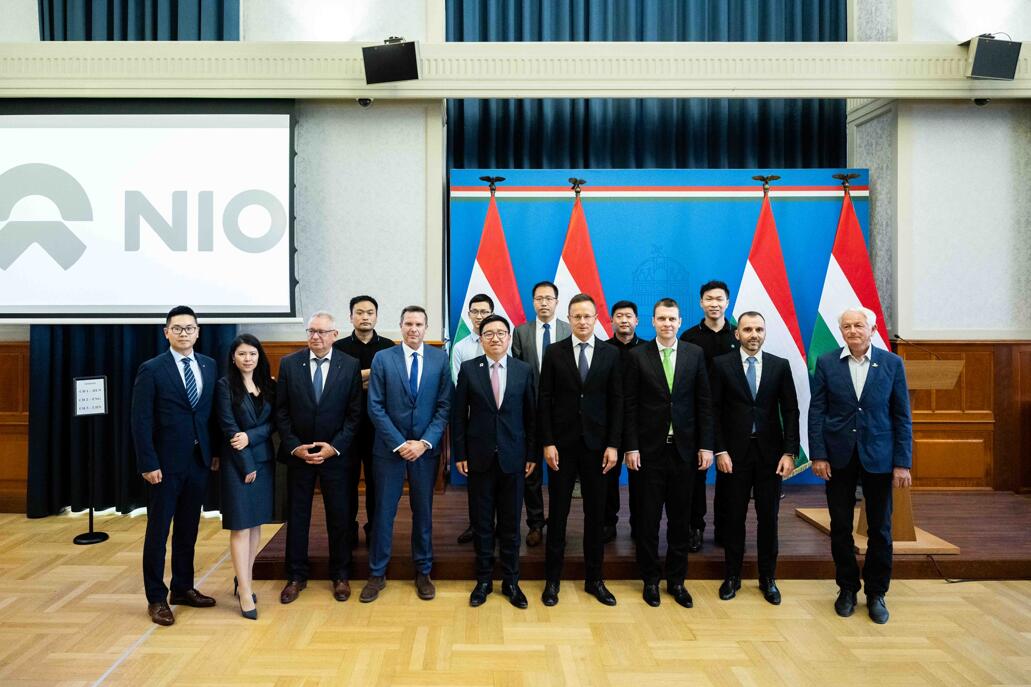 NIO aspires to be the Tesla of China, and one of its differentiating elements is that it will gradually install battery exchange stations in China and Europe, with a goal of 4,000 installations by 2025. More than 25% of that goal has already been met.

While most manufacturers of electric cars continue betting on high-capacity batteries and increasingly high recharging powers, NIO continues with its plan to establish battery exchange stations (NIO Power Swap) as a complement to the above.

These stations allow recharging at an unbeatable speed: batteries charged in 3 minutes, since the car is parked in a space automatically until you can go. In addition to NIO, some companies in China and the United States support this mode, such as CATL or Ample, through the use of standardized batteries.

But NIO has devised the system just for its customers and more than 1,400 patents are involved. NIO’s ambitions are to have 4,000 charging stations by 2025, of which 1,000 will be outside of China. According to the latest data provided by NIO, they already have more than a thousand operating Power Swap stations.

We are going to see them in Europe

In July, an agreement was announced between the manufacturer and the Hungarian authorities to set up a factory near Pest for NIO Power. The purpose of these facilities is to manufacture exchange stations and other products such as Power Charger charging points.

The first exchange station for Europe left days ago in a single truck bound for Germany. Surely its first location will be at a Shell gas station, since the oil company and NIO have an agreement in this regard. In China there are already some Power Swap stations within the Shell gas station complex as one more service.

Before having production capacity of the Power Swap, they had to be brought from China, which has been done very exceptionally for Norway. This has been the first European market -not a Community one- where the Chinese brand has been established, and its approach is interesting, at least to get to know it.

Read:  They captured Tom Brady and Gisele Bündchen having a good time in their car

For starters, every NIO owner is guaranteed for life the free battery swaps, yes, for the first six exchanges per month and only for the first owner. Actually, something is paid, because we would talk about the BaaS mode or “batteries as a service”.

This means that owners of a NIO pay a monthly rent for the batteries, not paying for them at the time of purchase – this is optional. Depending on the fee, they can enjoy 75 or 100 kWh of batteries in a flexible way, in case they need less capacity at some times of the year and more at others, such as holidays.

Therefore, the six exchanges per month is a service that is included in the monthly battery rental fee. Obviously, NIO owners can continue to use fast charging wherever possible as a standard method of regaining range. The exchanges respond rather to one more ease when traveling.

NIO Power Swap can be installed quickly and can be transported by truck. They are fully automated

As if that were not enough, NIO offers more services, at least in China. You can ask for a van that comes and in 10 minutes provides 100 km of autonomy, and you can also ask a NIO employee to pick up the car at home and take it to recharge, and return it charged.

This has a very reasonable cost, only 140 euros per month -in exchange-, and there are up to 15 top-ups per month. The same plan includes 1,000 kWh of consumption per month in chargers. It remains to be seen whether this model is sustainable.but at the moment it works well in China and in Europe we will see how well it is received.

This year NIO begins to expand to more countries in Europe with its saloon ET7, as the ES8 SUV is exclusive to Norwegians in Europe. Other models will come later, such as the ET5. In the case of becoming a success story, will European manufacturers give up? Will they end up agreeing on an exchange standard? Because NIO won’t mess with your money…

Overstock-Funded Crypto Exchange tZERO Will Shut Down on March 6