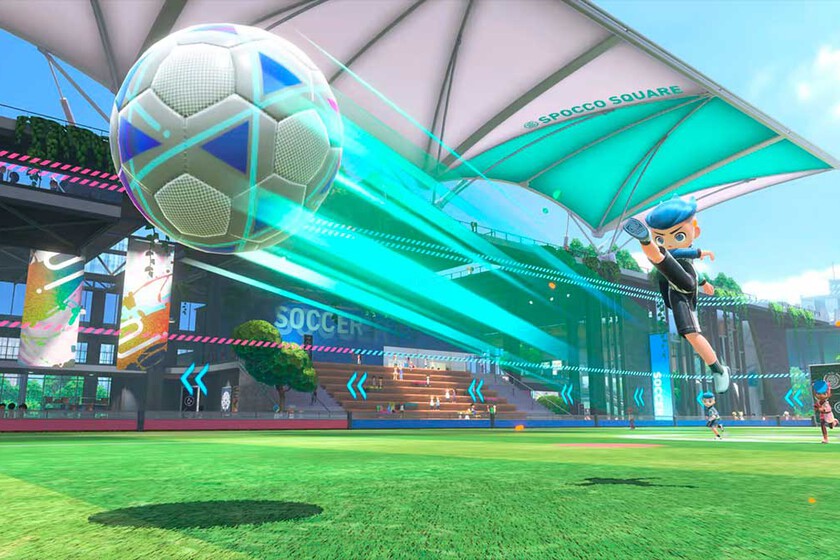 Before the launch of Nintendo Switch Sports, it was made official that the game would receive the occasional free update throughout this year. Delivering on promises, Nintendo has revealed the first update that can be downloaded from July 26 and with which new functions will be introduced.

One of the most important will affect the football, because the possibility of using the leg strap (the same as Ring Fit Adventure) will be enabled in order to offer greater realism in the games. Together with the control knob we can move the leg in one-on-one matches and also in four-on-four matches.

This is an additional option and anyone can continue playing as before, although using the strap will make the kicks we give the ball even more powerful. In addition, the volleyball It now has new movements when it comes to attacking and receiving, so that the movements are not so predictable.

As for competitive multiplayer, it will now be possible to go even further and show our skill with the new S Ranks and Infinite Rank. For the rest, the big N has recalled that in the coming months another update will be published with which golf will be added as the seventh sport.