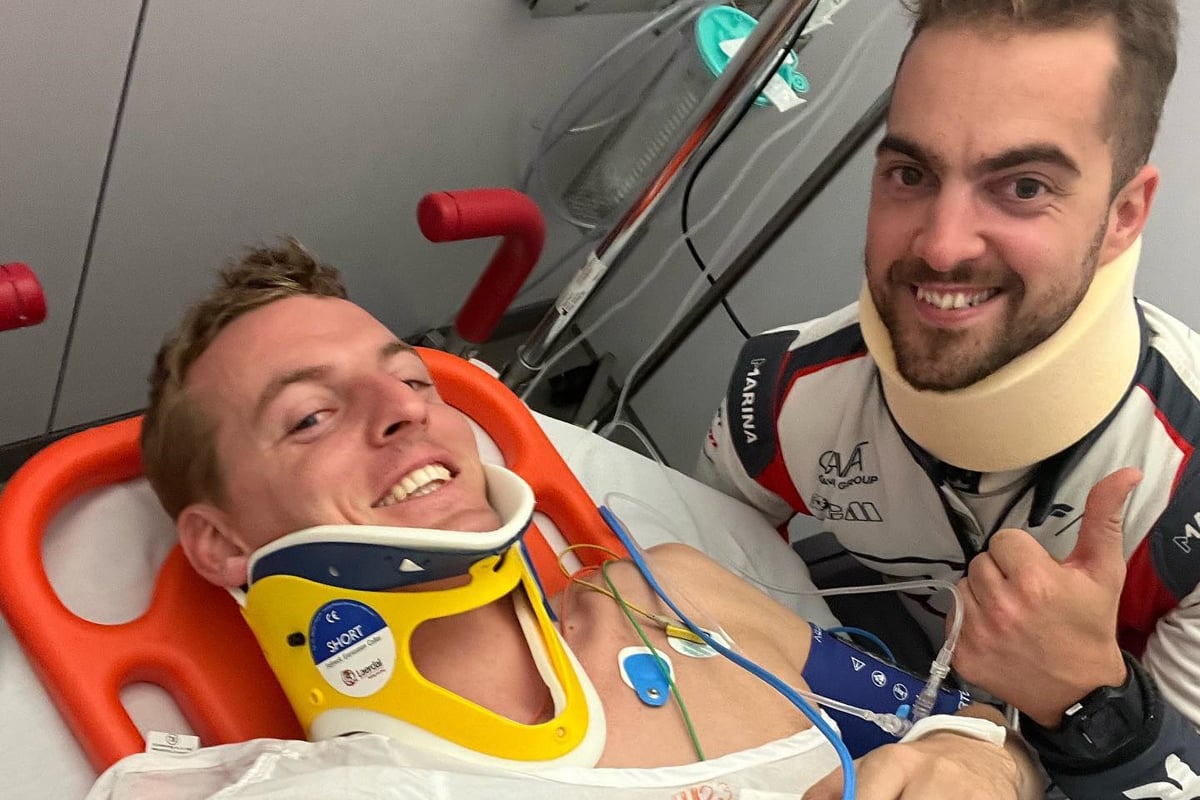 The Catalan Nil Solans will not be able to contest the Rally RACC de Catalunya after suffering a serious accident in the tests prior to the World Cup event. After going off the track and hitting a tree, Nil suffers a double spinal fracture.

Nil Solans will not be able to take part in the RACC Rally after suffering a serious accident in what is known as ‘Monday Test’, the test session prior to each WRC rally carried out by the participating drivers and teams in the WRC2 category. The Catalan will not be able to compete in an appointment to which he was especially looking forward to after leaving multiple flashes of quality in the World Cup and, however, not having continuity in the championship.

To speak of Nil is to speak of one of the great Spanish talents, as his results show. The Matadepera driver was Junior WRC champion in 2017, the same season in which he also won the title in the WRC3 category. Although his two seasons with the Ford Fiesta R5 were not as positive as he would have liked, last year at the RACC Rally he had the opportunity to compete with a Hyundai i20 WRC Coupé.

The good feelings that he left in 2021 on the Catalan stages with the 2C Compétition World Rally Car cannot be repeated this year, despite the fact that the proposal was very interesting. Nil Solans was going to compete with a Hyundai i20 N Rally2 in the WRC2 category, with the support of the Polish group Kowax 2brally Racing. Its objective, stand up to the big names of the silver class of the World Cup in a few sections that he knows like the back of his hand.

In his first experience with the Hyundai i20 N Rally2, the Catalan had the misfortune to lose control of the car in an area where there was dirt on the asphalt. Despite his attempts to stop the car, Solans’ i20 ended up hitting a tree. The violence of the impact caused Nil Solans and his co-pilot had to be evacuated by the emergency services to the Tarragona Hospital.

Read:  Qatar 2022: The first demountable stadium withstood the test of the Mexican fans

Index hide
1 Pilot and co-pilot are fine.
1.1 Other Spanish tricks

Pilot and co-pilot are fine.

Though Nil Solans and his co-driver Álex Coronado are doing wellthe violence of the impact has resulted in a double fracture of the vertebrae for the Catalan pilot. A Nil Solans injury to the L3 and T5 vertebrae who will be evaluated in the second instance by the pilot’s trusted doctors at a clinic in Barcelona with the mission of defining the treatment to be followed for his recovery.

It should be noted in this regard that Nil Solans would be considering going to the same specialist who already treated Efrén Llarena after his accident at the Barum Rally in the Czech Republic, which enabled the Spanish driver, with an injury very similar to Solans’s, to return to competition in a record time of just ten days.

Despite the fact that Nil Solans was a great asset for Spanish motor racing to achieve a good result in the WRC2 category of the RACC Rally, the truth is that there are still drivers who have the ability to do it very well. It should be noted that in the silver category Jan Solans, brother of Nil, is also registered, at the controls of a Citroën C3 Rally2. With this same vehicle Alejandro Cachón will also compete.

With a Hyundai i20 N Rally2 will be Pepe López, a pilot with great projection and on whom many eyes are placed after being a benchmark in the national rally scene in recent years. Other Spanish drivers who will compete in the silver class of the World Championship in the RACC Rally are Eduard Pons and Miguel Diaz-Aboitiz.

For the first time in history, they create a saliva test to detect pregnancy