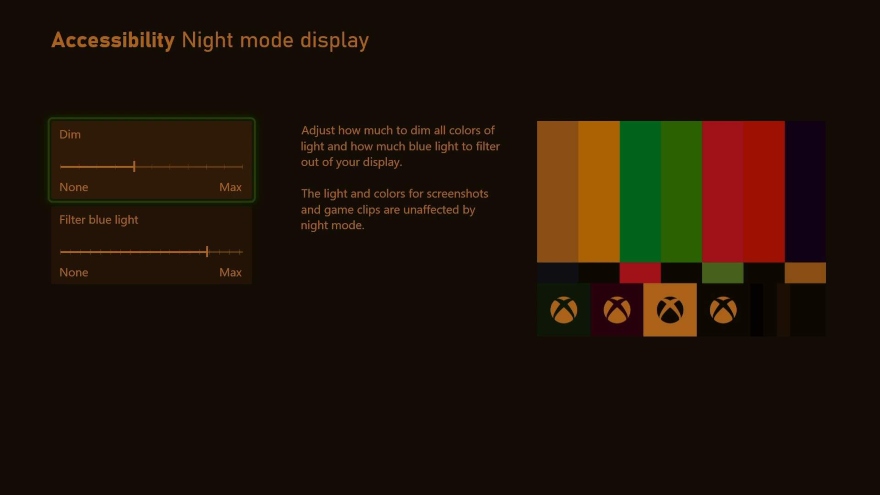 About to turn his first year, Xbox Series He received a upgrade that will attract the attention of those who like high resolutions and playing at night without hurting their eyes.

In the case of Xbox series x, now the dashboard in native 4Kwhich is a big step up from the upscaled 1080p to 4K resolution before this update.

This means that the dashboard, My Games & Apps, Xbox Guide and what Xbox refers only to as “other experiences” (without specifying which ones) can now be appreciated with a sharper resolution when browsing and user interface elements, such as buttons and game art, already boast more readable text.

It is important to clarify that this Native 4K it’s only because of what it does to Xbox series xNot so Xbox Series S.

On the other hand, the update includes the night mode suite, that is, a series of adjustments with which those who are sensitive to light will be able to experiment until they reach the visual experience that best suits them both on the screen and in device LEDs (such as the power button on the console and control).

The suite encompasses not only adjustment to brightness intensity, but also a blue light filter and it is necessary to clarify that neither of both areas has an impact on the performance or on the screenshots and clips.

Furthermore, it is possible program a specific time of day for the console to automatically switch to night mode.

Lastly, the update also includes optimization to quick settings, as they can now be added to the Xbox Guide so that they are within reach without having to leave the game or app in turn.

Read:  AliExpress goes for Amazon on Black Friday: these are its best Black Friday bargains | Technology

The suite of night mode and the quick settings optimization are available in Xbox series x and Xbox Series S.