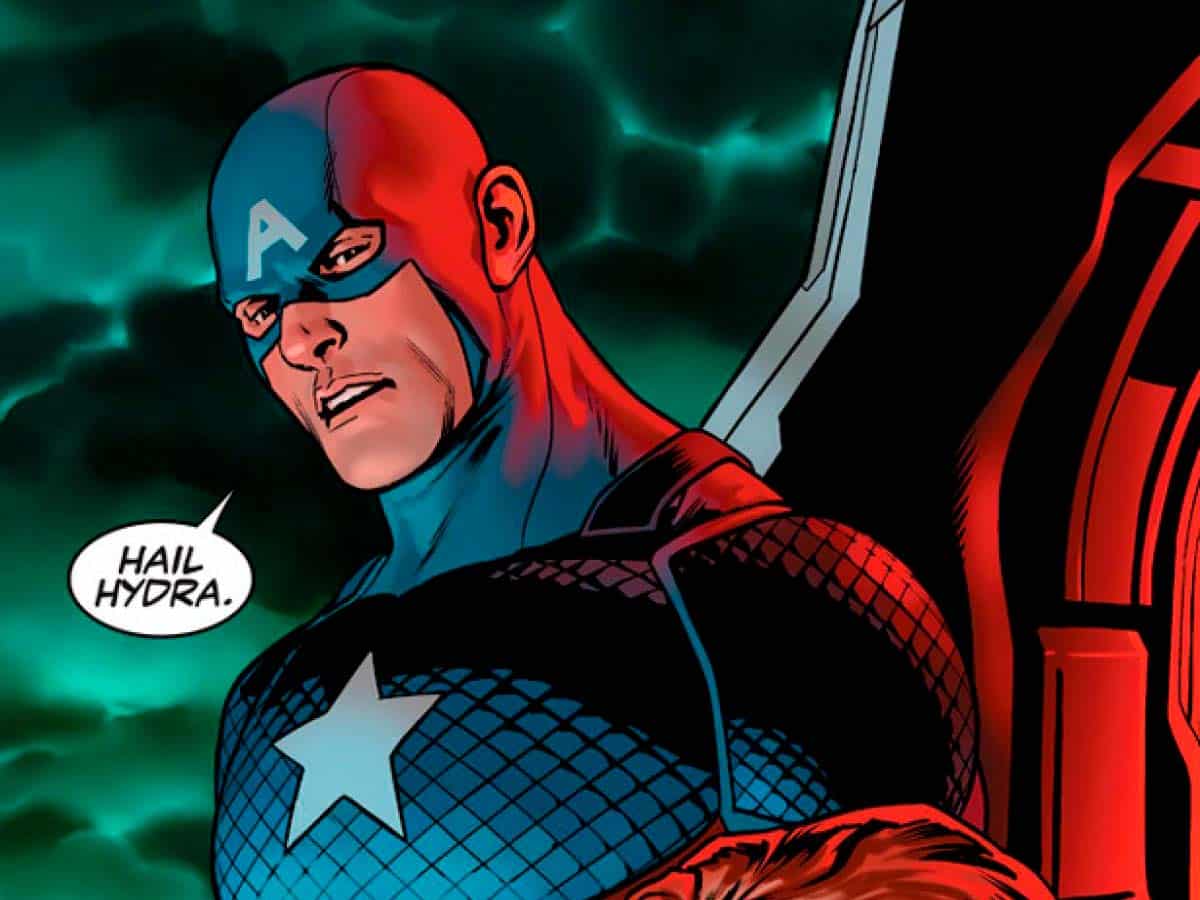 While Sam Wilson took the burden of carrying the shield and the colors of Captain America, Steve Rogers regained his youth and with a new uniform and different shield he also resumed his work as Captain America. Panini comics offers both series gathered in this volume placing the episodes in their optimal reading order.

Nick Spencer was going to face different themes in each of the series under the heading Captain america. On the one hand, I would continue to narrate Sam’s adventures as Capi little desired by a certain part of the public opinion, while on the other we had Steve’s return under a new guise and with worrying surprises that made an appearance from the first issue of the new header. Two Captains America with different perspectives that capture the two sides of the Americans, the Democrat and the Republican, high political voltage with more than one surprising twist.

While Sam Wilson has to grapple with the emergence of the American Police and its racial overtones, Steve Rogers sees its origins in the 1920s rewritten in a way that we have never been able to contemplate before. Everything we thought about Steve’s childhood and adolescence is turned upside down but takes on a completely new logical meaning. At the time, we could not suspect the true scope of such a revelation, or even consider that it would ultimately lead to the modern incarnation of the Secret Empire saga. It was a path that we had to travel.

The plenary session of Spanish cartoonists

Up to four national artists decorate the vignettes of these comics, being distributed in pairs in both collections. While Ángel Unzueta and Daniel Acuña deal with the adventures of Sam Wilson, Jesús Saiz and Javier Pina settle into the rewriting of the Steve Rogers myth. It is not because they are countrymen but the four of them take their respective pages to excellence with their own style. While Unzueta and Acuña give Sam’s strokes more rudeness and sobriety, Saiz and Pina bring cleaner lines to the part in which Steve takes more prominence.

Read:  Single mother opens the doors of her house to other women

The tie-ins related to the recent Civil War II, which had Iron Man and Captain Marvel as main contenders, will also pass through his hands. Therefore, the number of characters that they will have to draw is greatly expanded, especially considering that both Captains were present at the funeral of Jim Rhodes, War Machine or that both will have to try to avoid the difficult that it can turn out to take sides for one or the other side of the contest whose moral tirade was through the use of the young inhuman Ulysses Cain, who seemed to be able to predict the future, with the repercussion that benefiting from such power could have.

We are therefore facing some important episodes in which both Sam and Steve set the tone for the next important event in the Marvel Universe. The former faces enormous opposition to continue to maintain ownership of Captain America’s shield and his right to wear both the name and the stars and stripes on his uniform. The second undergoes an evolution towards evil, towards the opposite of what it has been representing, without making clear its position on whether it is all part of a plan or whether it is behaving according to a nature that has been hidden until now. An interesting stage to reel off and that Capi fans will fully enjoy.

Description : After the events of the previous volume, Steve Rogers returns to wear the Captain America uniform. The original Sentinel of Freedom is here again, with a new shield, a new equipment, and a new mission. And with the return of Steve Rogers, the big question arises, can two Captains America coexist? The events leading up to the Secret Empire begin.