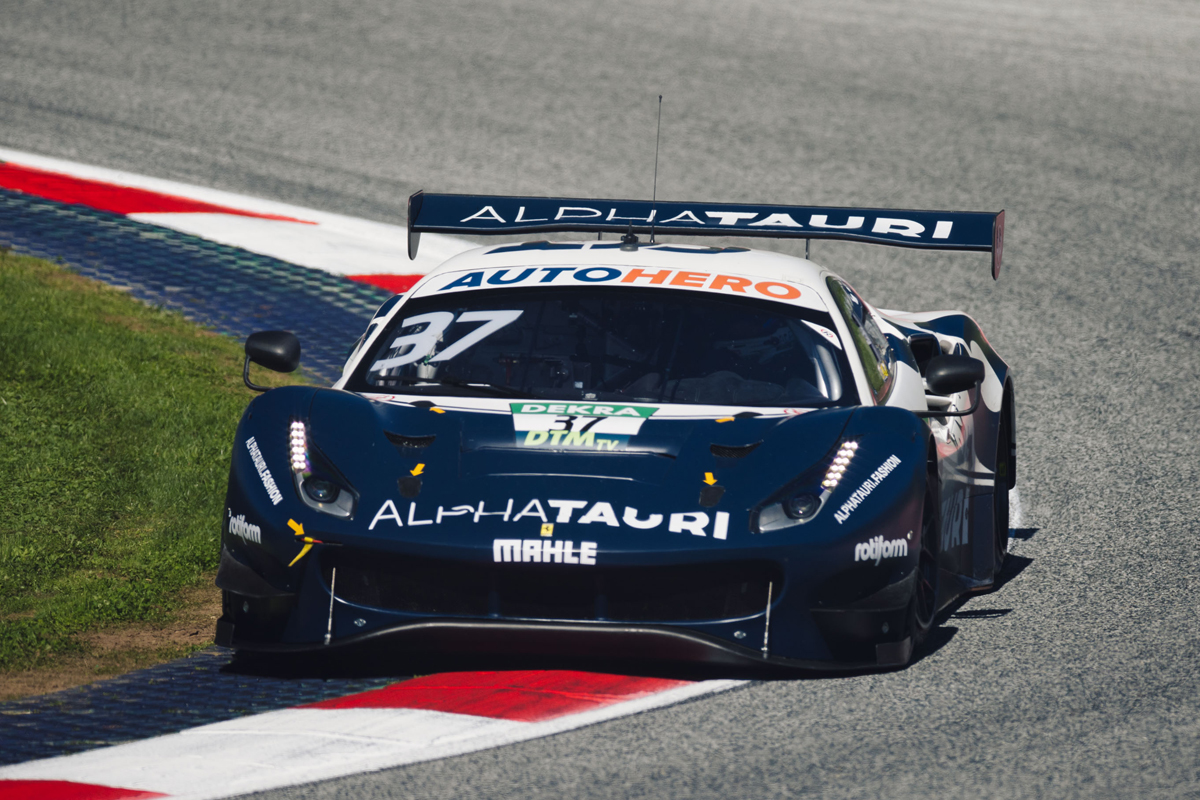 Nick Cassidy has achieved his second consecutive victory in the DTM after winning the second race at Spa and winning the first race at the Red Bull Ring. René Rast and Mirko Bortolotti podium to compress the head of the general.

The New Zealander Nick Cassidy is sweet and has achieved his second consecutive victory in the DTM. After winning the second race held at the Spa-Francorchamps track, the AF Corse driver also claimed victory in the first race at the Red Bull Ring. Behind Cassidy have finished René Rast and Mirko Bortolotti.

Nick Cassidy managed to maintain the first position at the start, but René Rast was quickly in his wake after starting fourth and gaining two places before turn 3. Felipe Fraga also signed a great start, but a touch left him out of the game. Mirko Bortolotti thus remained in third position ahead of Nico Müller and Lucas Auer. Behind, leader Sheldon Van der Linde climbed to twelfth place.

René Rast has moved 13 points behind the leader after reaching the podium. Mirko Bortolotti is now 20 points behind Sheldon Van der Linde

The positions remained unchanged until the start of the first pit stops, despite Mirko Bortolotti’s attempts to snatch second place from René Rast. Trapped in the group, Sheldon Van der Linde was one of the first drivers to go through the pits, which among other things was enough to gain the position from Ricardo Feller. With everything, the leaders still took several laps to change tires.

Lucas Auer was one of the first front-runners to stopbut the play did not go well for him when he exceeded the speed limit in the pitlane and receive a 10 second penalty. On the track, Thomas Preining and Nico Müller had a tough time with Auer himself as an involved actor, which left an interesting fight for the provisional ninth position in the absence of seeing the stops of the top seven classified.

Lucas Auer managed to escape to get ahead of the drivers with a pit stopwhile chaos raged behind. Maro Engel and Maximilan Götz joined in the blink of an eye to the duel between Müller and Preining to leave some of the most spectacular images of the race. With fifteen minutes to go, the dance of stops between the leaders began.

Read:  The $230,000 Lamborghini Ryan Garcia bragged about after his biggest fight

René Rast stopped and quickly Nick Cassidy protected himself. All in all, Abt’s agility and GRT’s discreet ‘pit stop’ allowed Rast to return to the track with a three-second lead over Mirko Bortolotti, his shadow in the race up to that point. For its part, Lucas Auer settled in fourth place, just behind Bortolottialthough with a penalty of ten seconds that at that point of the test made him fall out of the points zone.

The race progressed towards its end in the eternal battle between Thomas Preining and Nico Müller, already for fifth position and without anyone being able to threaten Cassidy’s lead. Without major opposition in the last turns, Nick Cassidy confirmed his victoryalthough it is true that the two drivers who finished behind almost had more reasons to celebrate.

René Rast was second and is 13 points behind the leader, while Mirko Bortolotti was third and is 20 points behind. Nico Müller took fourth position after the 10-second penalty was applied to Lucas Auer, finally ninth ahead of Thomas Preining who received the same penalty. This has allowed Kelvin Van der Linde to sneak into the final ‘top 5’ by beating Maro Engel, Maximilian Götz and Luca Stolz.

the day New York banned artichokes to fight the mafia

5 super foods to fight the flu

Antiretroviral treatments, allies in the fight against HIV