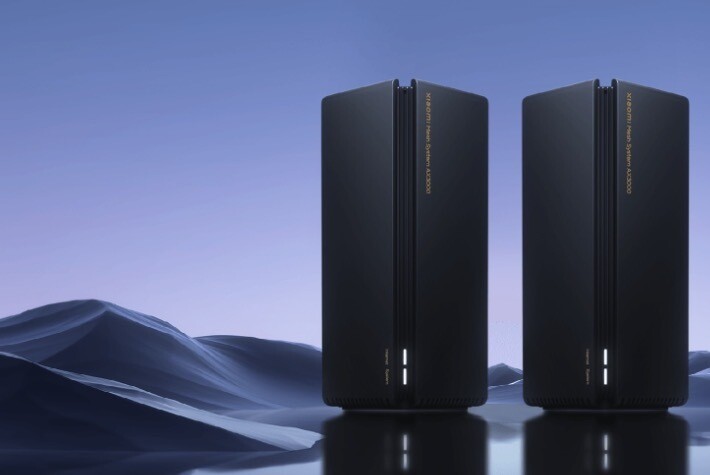 Mesh or mesh routers are slowly beginning to prevail over other connectivity solutions for homes and offices due to their ease of installation and the possibilities they offer. From creating a single network that covers every corner and that allows the user to navigate seamlessly to the possibility of adding more and more connection points with simple steps. Now, Xiaomi has presented a new solution of its own manufacture, the Xiaomi Mesh System AX3000.

The new system of mesh routers from the oriental firm initially arrives made up of a couple of devices, although we can add more units on our own. In its main characteristics we find that offers WiFi 6 throughout the coverage area and with that it includes a system that allows to reorganize the network for each new connected device.

The new Xiaomi Mesh System AX3000 system has an (initial) team of two mesh routers that we can connect to each other, easily configure thanks to its app and that cover an area of ​​up to 370 square meters (provided that the environment favors it, Of course, we are talking about ideal conditions). The AX3000s offer WiFi 6 connectivity and support a total of 254 devices connected at the time.

Xiaomi says that its new mesh system is capable of creating local networks that transmit to a maximum of 2,976Mbps, almost 3Gbps effective, and have a software feature that allows reconstructing the internal structure of the network (the connections and priorities between access points) each time a new device is connected to them. In addition, we can expand the network with up to 8 extra access points, either from the AX3000 family or the AX9000 family.

READ:  Material You, share as notes and other news

AX3000 mesh routers employ up to 160Mhz bandwidth so they have enough spectrum to handle such a number of devices and speeds without the need to subtract priorities from one another. In addition, the network created by the AX3000 supports OFDMA technology.

Xiaomi’s new Mesh System AX3000 also has three LAN ports of up to 1000Mbps for wired connections and supports security protocols up to WPA3-SAE. The Xiaomi Mesh System AX3000 goes on sale in Spain at a price of 149 euros and for now the price of the individual access points to be able to expand the kit has not been announced.

Vodafone becomes the operator that loses the most fiber lines in 2021 until July, followed by Movistar and Orange at a greater distance

Is a Snapdragon or Exynos chip better in a Samsung mobile?

PcComponentes will sell non-technological products to compete with Amazon