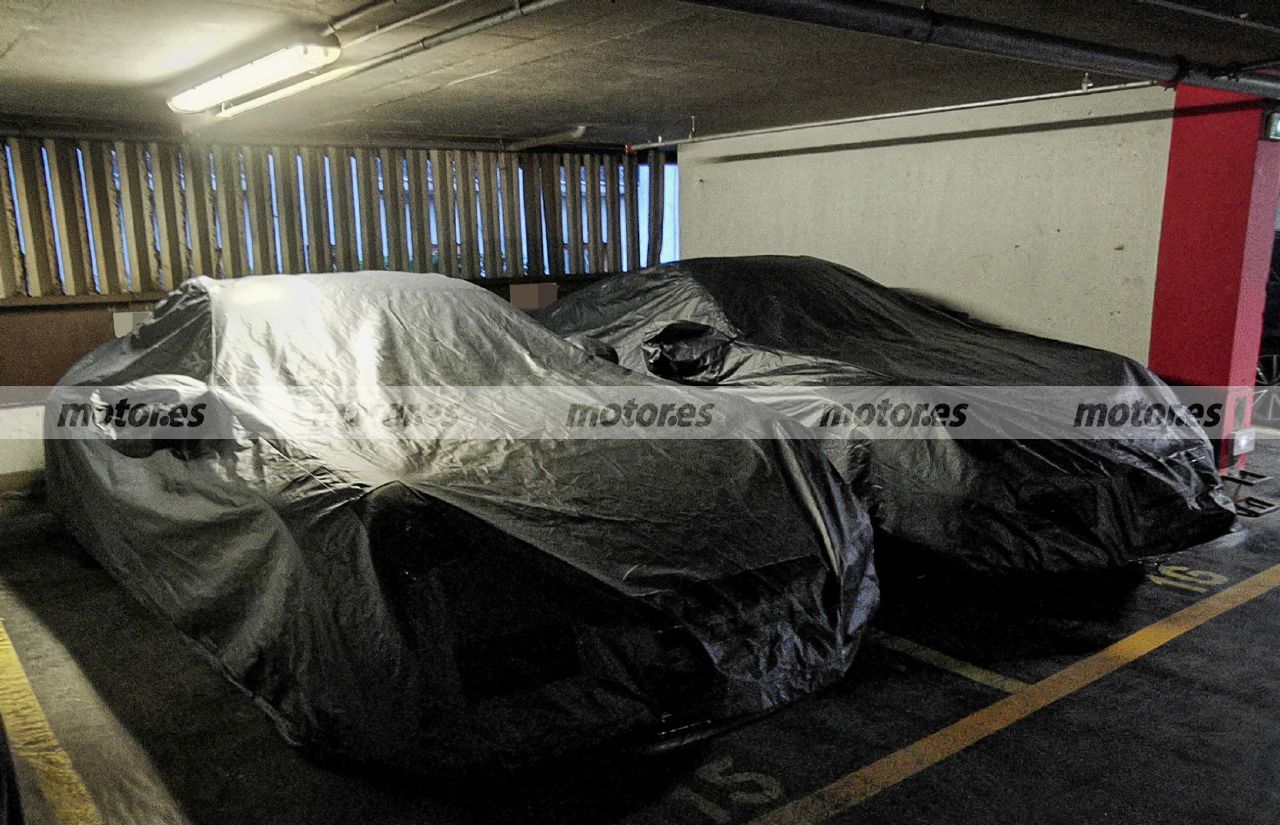 The prototypes of the new Porsche 911 Sport Classic 2022 do not stop going around the world. This configuration specially developed for purists, has once again been seen in Europe. Two units that have been hunted in these spy photos in a parking lot, and of which we can see some details.

Six months missing from the spy scene and has returned half to be seen again. These spy photos show a couple of prototypes of the new Porsche 911 Sport Classic 2022 that have been hunted in a parking lot in Europe. Our photographers have managed to lift the protective canvas and take some pictures of some details.

A special edition that has been specially designed for the most purists of the iconic Porsche model, and whose world premiere is expected in 2022 in the form of a special edition, quite possibly limited in units. The new Sport Classic is characterized by really unique details because, although we cannot see the front, those that are visible already give us a much more accurate idea of ​​what it will really offer. And it is that nothing more than the position already surprises, because it offers the most aggressive aesthetics of the 911 Turbo, but without the usual vents in the bulky rear wheel arches.

The 911 Sport Classic also mounts the alloy wheels of this high-performance version, although Fuch forged alloy reducing the weight of the unsprung masses and with the special detail of the competition, since the rims have a central locking nut. These in an attractive design of open double spokes we hadn’t seen before, and mounted on low profile tires.

Among other details, the back draws attention to the new ducktail spoiler like the 997 Sport Classic. A more vertical spoiler that is fixed, so it does not have any active regulation, offering a more powerful rear view. In addition, in the lower part of the bumper it has defense in design «Sport Design», an option that has grooves at the ends and two large-diameter oval exhausts in the center.

On a mechanical level, Porsche’s intentions with this special model of the 992 Sport Classic are unknown. Different sources bet on the same mechanical configuration of the 911 GTS, with the engine of 3.0-liter biturbo six-cylinder with a maximum output of 475 hp, associated with a 6-speed manual transmission, rear drive and a special sports exhaust system to deliver a unique melodic note. A configuration that Porsche is expected to announce in late 2021 or early 2022.

The most original and elegant wine racks to always have our...

The rise in electricity hits “at the most inopportune moment” to...