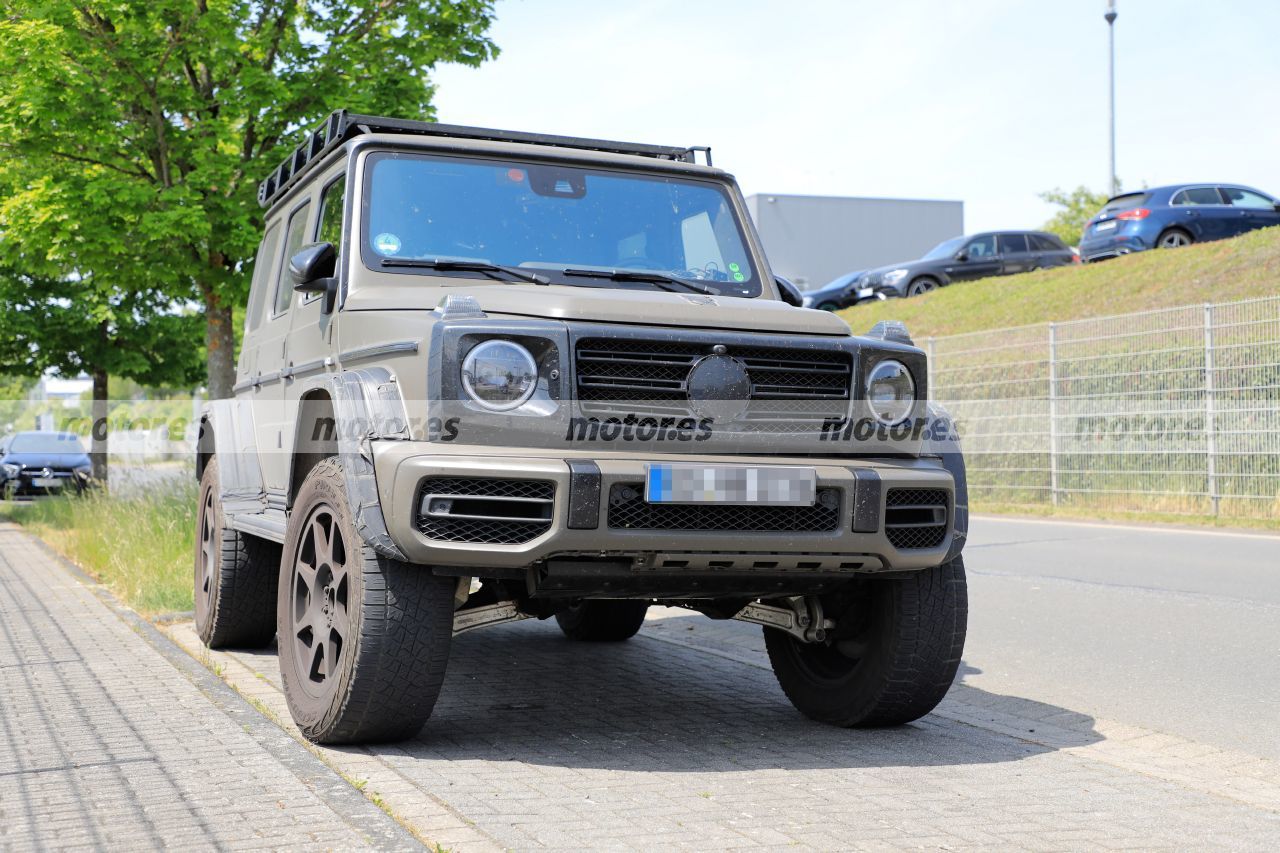 Near the Nürburgring, the new Mercedes-AMG G 4×4² has once again been hunted. The brutal off-roader of the star brand reappears in spy photos after a long time disappeared. With practically no camouflage, the brutal off-roader is presented this time in a very military outfit, a color that is unheard of in the palette.

Little more than a year accumulates in tests the new Mercedes-AMG G 63 4×4² 2022. The most brutal off-road on the market will repeat with a new generation, although this time it is a development by the sports division of Mercedes-AMG. A set-up that is in its final stretch, and which is expected to be presented at the Munich Motor Show that opens its doors in September.

The news spy photos show this most special G-Class uncovered. At least the key areas of the front and rear, as it still shows some black adhesive tape on the exaggerated plastic protections of the wheel arches. However, the pictures show an unprecedented color that we had not seen until now, and that will be on the palette as one of the specials of «Mercedes Exclusive». A matte green shade with a very military image.

The SUV also features red painted rear brake calipers, a special detail that accounts for the powerful braking system with ventilated discs on both trains wheels, an equipment that will be standard to be able to stop this mass with absolute safety. The spy photos also show a new configuration of the roof, without the visor on the windshield that we have seen in other test prototypes, more conventional and that houses an extra lighting system.

Mercedes-AMG technicians have preserved the suspension system of the original model, equipped with powerful springs and shock absorbers, as well as the imposing height of the body to the ground, re-driving and shortening the exhaust system, with two parallel exhaust pipes that are barely visible below the right side. An intelligent solution to be able to face the most radical challenges and thus not damage this system.

The new model is expected to change its trade name from the old Mercedes G 500 4×4² to that of Mercedes-AMG G 63 4×4² 2022, betting on the powerful 4.0-liter V8 biturbo engine that encourages the most extreme versions, with a maximum power of 585 hp and 850 Nm maximum torque. Brute force that will not translate into beastly performance on asphalt, given its qualities, which it will transmit through the 4MATIC all-wheel drive and 9G-Tronic 9-speed automatic transmission.

What you should know about fertility at age 40