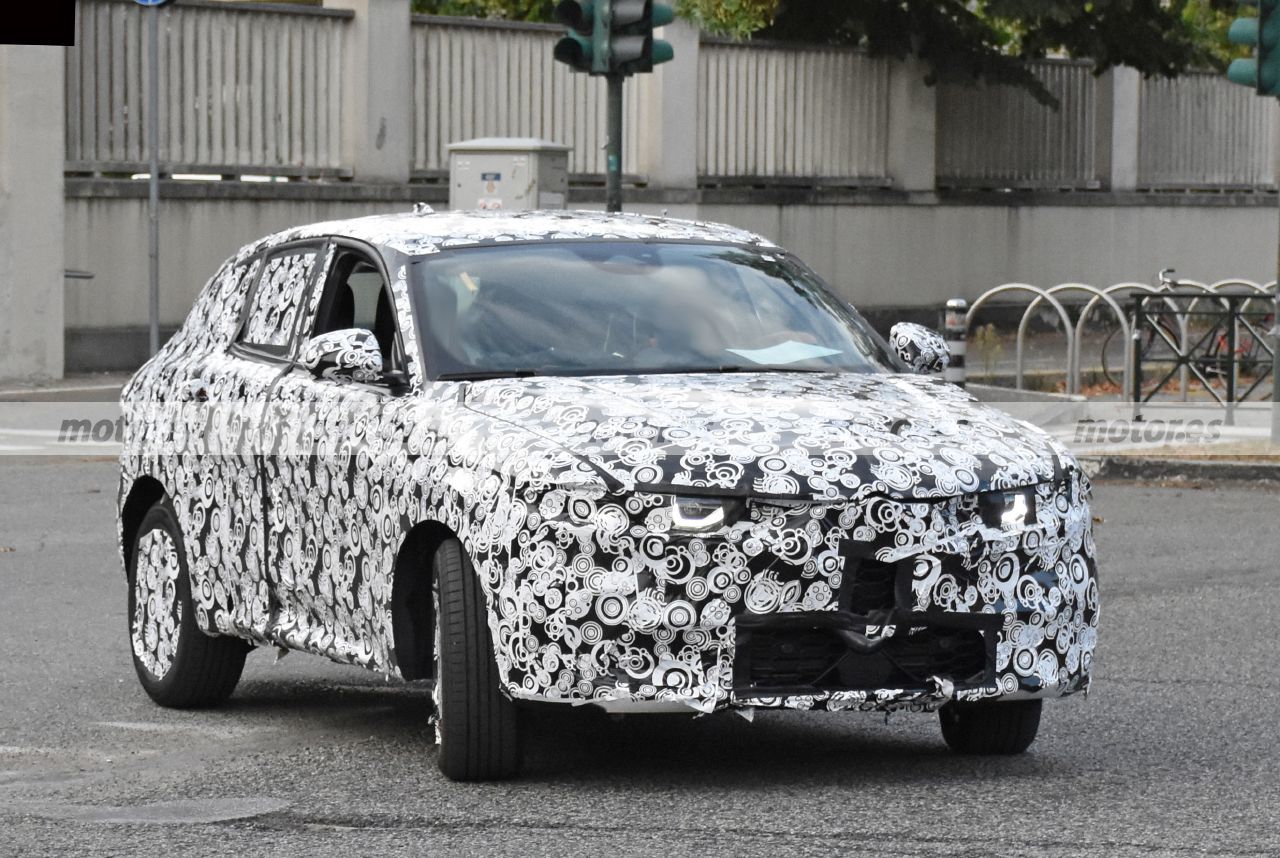 From all angles, once again the Alfa Romo Tonale 2022 has posed in some new spy photos in Italy. The second SUV of the Italian firm reappears loaded with camouflage in which there are hardly any features, although we can take an important look at the more technological interior.

A world novelty reserved, and already confirmed, for the next edition of the 2022 Geneva Motor Show, the new Alfa Romeo Tonale he will be one of the big stars of the great Swiss event. Until then, the prototypes of the second SUV of the Italian brand continue to tour around the headquarters in the transalpine country completely camouflaged as these spy photos demonstrate.

The modern heir to the Giulietta It’s been hunted again, so vinyl-laden that it barely lets you see past the LED light signature in the headlamps, reproducing the concept car’s slim, ripped-ahead design. The Tonale will offer restrained proportions, reproducing the modern style already advanced. The spy photos they stand out more for the new look inside, this time with the window open and that lets see a digital instrument cluster.

And also part the touch screen of the infotainment system, a monitor attached to the first, configuring a modern, elegant and sophisticated environment. The Tonale marks the entry of Alfa Romeo into a new era, also marked by electrification at a high level, being the The brand’s first model with low-emission powertrains, with a pair of plug-in hybrids in portfolio.

The Alfa Romeo Tonale is based on the advanced “Small Wide” platform that it shares with the Jeep Renegade, so it will feature front and all-wheel drive 4×4, a system that will be associated with more powerful gasoline and diesel mechanics. The new model will go into production at the end of the year, at the Italian Stellantis factory in Pomigliano d’Arco.

Read:  Dani Juncadella, motivated: «Zolder is one of my favorite circuits»

The Italian firm has already confirmed that the great launch of the Alfa Romeo Tonale will be at the end of February, taking advantage of the 2022 Geneva Motor Show, reaching European dealers in early July. The brand will offer the entire roster of mechanics available, including plug-in hybrids as well, a strategy that Stellantis has implemented to avoid incurring unjustified delays once the model is launched on the market.

Emerson Fittipaldi gets wet: “IndyCar is better than Formula 1”

How the fighting works in Tales of Arise