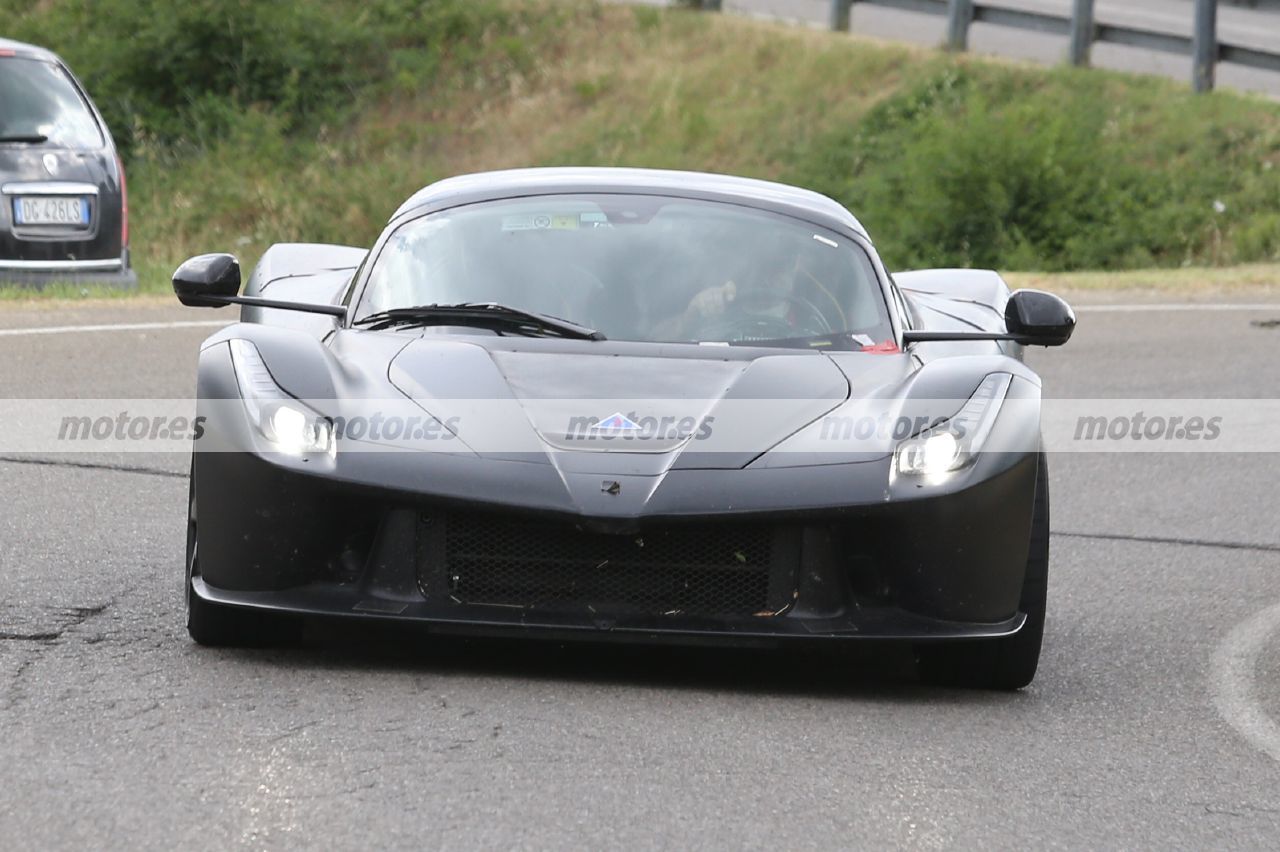 The mule of the Ferrari LaFerrari successor is still in testing. These new spy photos allow you to take a look at its matte bodywork and interior for the first time. The successor of one of the most exclusive models of the Italian firm will become a powerful hybrid that will arrive by the middle of the decade.

The new model that will replace the exclusive Ferrari LaFerrari has again been seen in a new round of tests, although unlike previous occasions, these spy photos They show their bodywork dressed in matte black and with some riveted parts that prevent you from seeing what they hide underneath.

Some new images in which we can also take a little look inside, and in which you can read a series of codes related to the OBD socket that stores engine data and information and all the electronic system embedded in the new hypercar. Ferrari’s test mule is based on the exclusive LaFerrari Aperta, featuring additional parts at the rear, proving that this part is brand new.

The successor to the Ferrari LaFerrari, a plug-in hybrid with a V12 engine

While the front hood is completely smooth and has moved the ventilation to the front with a large air intake Extending across the width of the bumper, the side air intakes located in front of the rear wheels are also smaller than what is actually expected from a model like the LaFerrari. At the back, on the other hand, it has four still provisional exhaust outlets.

The future model, which will once again be as exclusive and limited as the LaFerrari, will reassemble the powerful V12 engine that boasts the signature of the «Prancing Horse», although the demanding emissions standard forces Italians to add electricity, a very high power plug-in hybrid configuration, which has been revealed with the two covers that it incorporates on each side of the back, and both with the symbols of the electrical hazard that appear.

For now, the technical specifications of this model are a secret. Ferrari is absolutely silent around the development of the LaFerrari successor, which has already been sighted on other occasions, both on the Fiorano track, rolling hard like a traditional test vinyl near Bosch in Germany. The future hypercar will not be one of the great novelties of the firm in the most immediate term, so its release is not expected until almost the middle of the decade.

The benefits of doing your workout twice a day