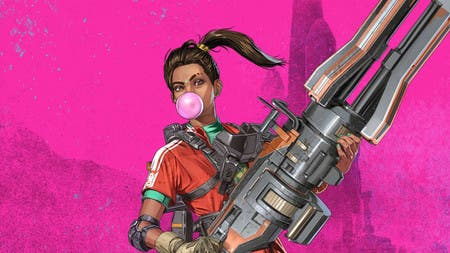 As is customary in Apex legendsWith the arrival of a new season, a new legend also arrives, or what is the same, a new playable character. Through a new animated episode of Stories from the Wilds, a new hero has been announced for Apex Legends.

The new addition to the cast of the title is called Seer, who was born a cursed child with eyes with the power to “reduce kings to beggars and oceans to deserts”. Although it is not very clear what their abilities would be in the battle royale, this description suggests some possibilities for where they could go.

Apex Legends is being hacked by adding messages with “Save Titanfall”

“With microdrones and the eye of an artist, Seer is able to identify opportunities that other Legends miss, and take advantage of them in the most beautiful way possible.”

Other notable additions to the upcoming Apex Legends season include the arrival of a “Ranked” mode in the arenas and a new light machine gun. In addition, it has also been announced that there will be changes to the World’s Edge map, although what they will be has not yet been specified. We will have to wait for the next EA Play, scheduled for July 22, to be able to check in more detail the changes introduced in this next season and the gameplay of Seer.

New hero announced for Apex Legends in this animated short

The next season of Apex Legends will be available from August 3 on all platforms of the title.