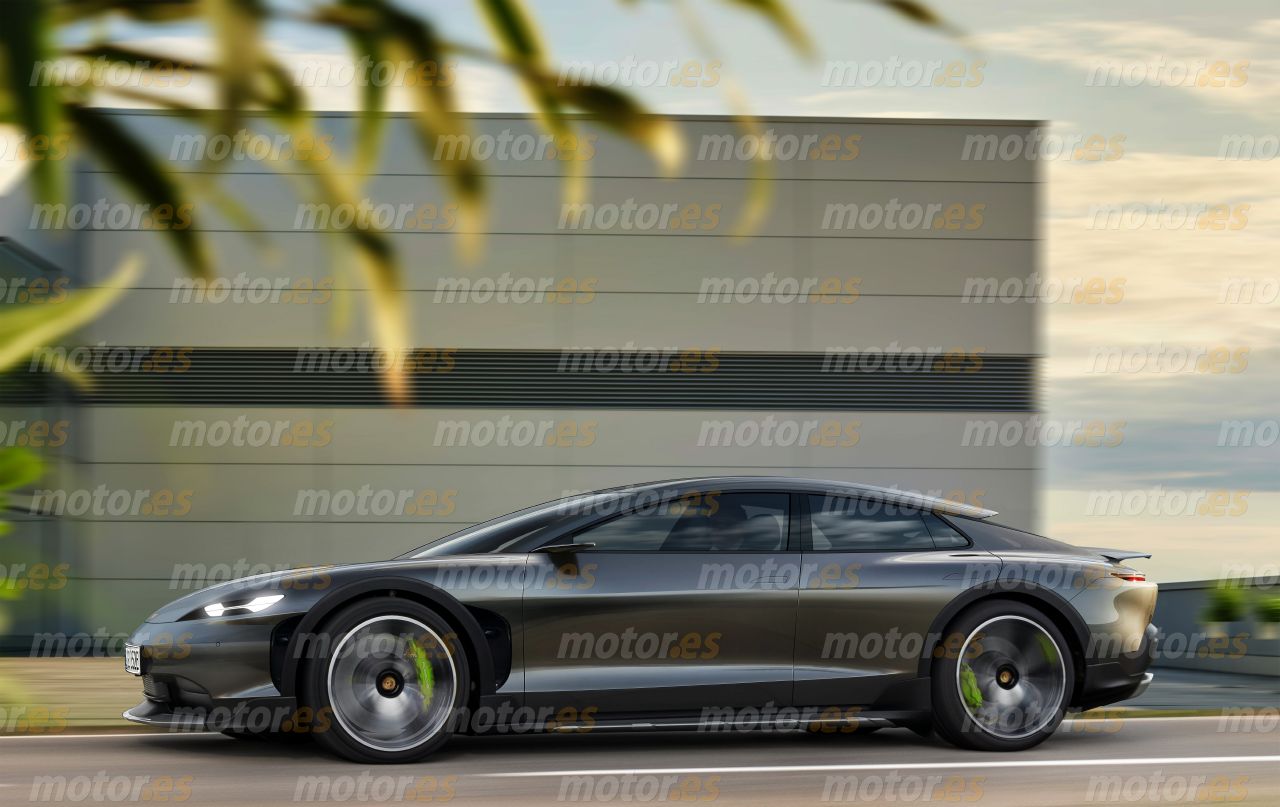 A new report reveals interesting news about one of Porsche’s new electric models. The sports brand is also developing the Landjet project on its own, which promises revolutionary design and qualities that will make it the most familiar crossover.

In just over two years, Porsche will present a new 100% electric model, truly unprecedented, of which little by little we are learning more details about what will be the most familiar model of the firm. A segment never explored by the manufacturer that, in the field of SUVs, is committed to maximum comfort on board with a maximum of five passengers, as offered by the Panamera, Taycan, Macan and Cayenne. But this time Porsche wants to get out of this line.

The project of porsche landjet will respond to larger families, since information from «autonews» points to a crossover that will be larger than the Taycan Cross Turismo and the Cayenne itself, exceeding five meters in length with ease. According to this report, those responsible for the sports brand have pointed out that it will be an electric with up to three rows of seats and seven seatsa new sportier interpretation of the typical SUV.

Porsche’s Landjet will be a true 100% electric flagship

And we know that Porsche will follow the line of the Taycan for this flagship, with a similar ride height, but without reaching the extreme of the Macan or the Cayenne, higher. The goal is to retain a very low center of gravity for high performance performance, while offering a record-breaking drag coefficient to maximize performance. For now, its internal code, that of «K1», is already known, which means that it is in an advanced state of development.

The manufacturer will base this crossover on the new SSP platform of the Volkswagen group, although with some own adjustments. Those necessary to house advanced technology that will reduce loading times thanks to a 920 Volt electrical architecture. A step further in the electrical network of the Taycan, which reaches up to 800 Volts, and which was one of the keys advanced in the Mission R concept car presented at the last edition of the Munich Motor Show.

The future electric model from Porsche, the third in the product range, will be presented at the end of 2024 and launched on the market in 2025, a year later in the United States. The firm is working with its suppliers on a new generation solid-state battery, which will also be exclusive to this model and capable of offering more than 700 kilometers of autonomy, in addition to being rechargeable in less than 10 minutes. Some batteries that will power high-power electric motors, overcoming the psychological barrier of 1000 hp.