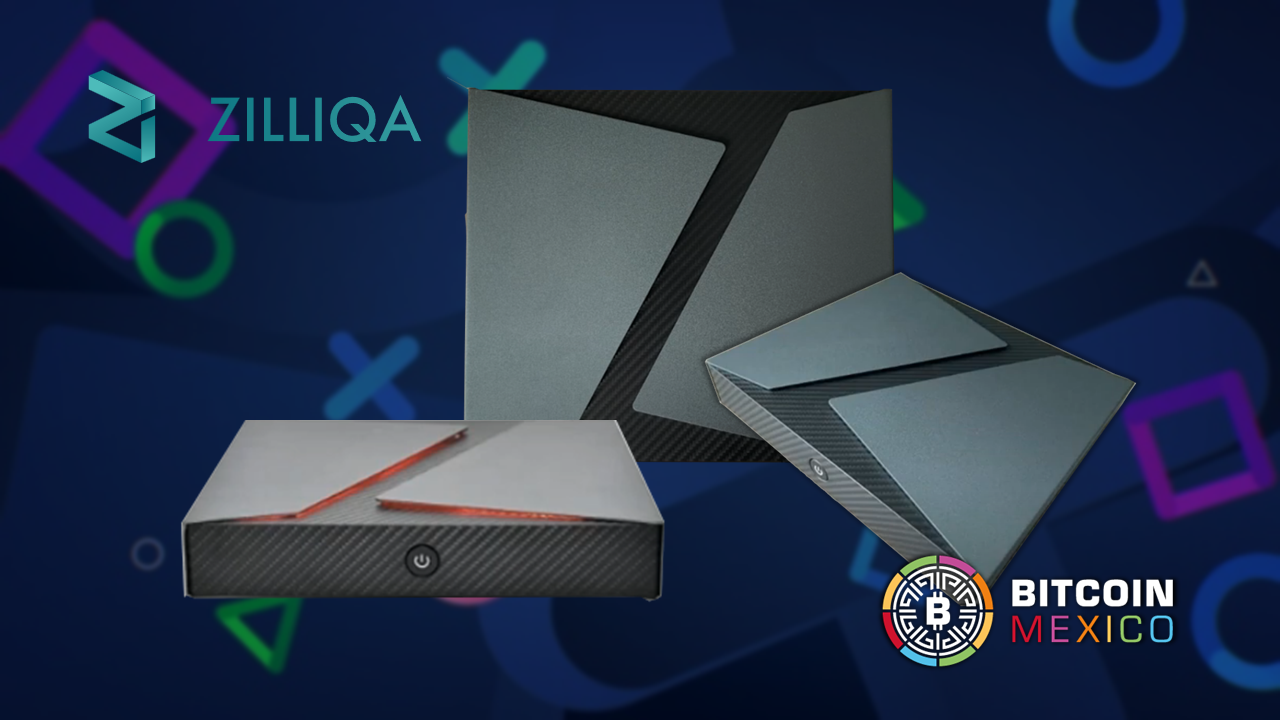 Although it is true that the world of digital assets has already entered the field of entertainment and more specifically in that of video games, with games linked to blockchain networks, attracting the attention of large developers such as Ubisoft, now the crypto assets will take a new step as they enter the home game competition.

Nintendo, Xbox and PlayStation are the companies that currently dominate the video game industry, however, a new competitor will join and not just any, but one that will also integrate blockchain technology

The Blockchain Signature Zilliqa is preparing to plunge into the new era of video games, in the world of Web3, since recently presented the prototype of a console focused on this new version of the webwhat iIt also includes a cryptocurrency wallet and mining capabilities, as well as featuring the company’s game titles.

In a video presentation in which Matt Dyer, Chief of Staff of Zilliqa and Valentin Cobelea, Head of Gaming Technology of the firm, participated, you can see images in which the physical aspect of the console can be seen. At first glance it bears some resemblance to an Xbox, but with the distinction of having two green panels on top.

Its design is elegant and it has a good variety of ports, such as HDMI connection as a Display Port, 4 USB3 ports, 2 USB2 ports, an ethernet connection, 1 port for 3.5 mm headphones and 1 USB-C port.

It should be noted that both the complete hardware specifications and the price of the unit remain reserved, the firm Zilliqa stressed that it has great ease of use.

According to a report by Venture Beat, game consoles will be available for pre-order in early 2023 and will ship with two Zilliqa launch titles

Read:  How to mint and trade NFTs (Ethereum and Solana) on FTX easily

At that time, the main feature of the console will enter a testing phase: the game center, which, next October, will enter early access beta testing.

Ease of use and blockchain

Zilliqa has been very emphatic on the fact that the console is easy to use and access, as well as that its style of play will be similar to conventional game titles.

For those of you who know a little about the industry, you’re sure to know that the industry’s largest gaming marketplace, Steam, gives gamers the ability to purchase games, participate in discussions, trade items, earn unique accessories, and participate in community activities with each other. other things more. Building on this, Zilliqa intends to maximize those activities, taking them to the next level with its gaming console.

therefore uOne of its main objectives is to incorporate non-crypto users into the ecosystem, encouraging them to complete missions, quests and game tasks like in any other title, but with the difference that here they will be able to extract the native ZIL token as a reward.

In this way, users will be able to obtain said token to wager it and earn additional rewards, without the need to purchase additional hardware, as is the case with other consoles.

Zilliqa’s desire to create a video game console is not fortuitous, since the industry is a great area of ​​opportunity, not for nothing firms like Playstation, Nintendo and Xbox have not lowered their guard and continue to expand their franchises.

Based on the figures alone, Zilliqa’s interest may be clearer, as video game consoles generated around 107.5 billion dollars in 2021 alone and according to the analysis firm Statisticalexpects the industry to post growth of about $130.8 billion by 2026.

Zilliqa is a layer one blockchain for smart contracts and decentralized applications (DApps) and has 15 game projects, according to your website.

Similarly, in early 2022, Zilliqa unveiled a series of partnerships with various EsPorts teams, the latest of which was Swiss company Xborg, to help further its efforts in the Web3 gaming space.

It should be noted that this is not the only crypto company interested in developing a console with features such as mining tokens or digital wallets, since last July, lWeb3 gaming startup Polium also announced the development of a similar console, Polium One, which has the ability to support non-fungible tokens (NFTs) for games on eight blockchains.

However, unlike Zilliqa’s console, Polium One is scheduled to see the light of day until the third quarter of 2024.