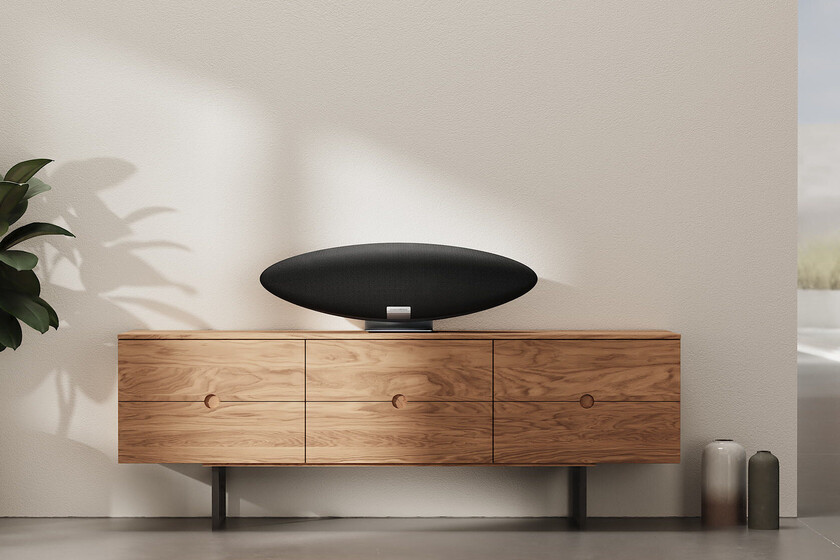 In 2015 I had the opportunity to thoroughly test the Bowers & Wilkins Zeppelin Wireless, a compact, powerful and balanced integrated sound system, round in functionalities for that time that however may have become somewhat obsolete in terms of connectivity, something that the manufacturer wanted to correct with a new version for this 2021.

The new Bowers & Wilkins Zeppelin it dispenses with the surname “Wireless” of its predecessor this season, but not the wireless functions, since this type of connection is now more important than ever in its design, offering a clear orientation towards streaming content.

We are facing a speaker with similar shapes to the previous versions, with the iconic zeppelin silhouette that provides such an outstanding appearance to the team, and dimensions of 210x650x194mm. It has a front covered with acoustically transparent fabric, tactile control knobs in the upper area and a rear connection space where only the electrical outlet and a USB-C port for updates.

The new equipment has been thinking about wireless connections, being compatible with WiFi and Bluetooth 5.0 as well as with the codecs and standards AAC, SBC, AptX Adaptive, AirPlay 2 and Spotify Connect, in addition to its own mobile application from which to access streaming services from Deezer, Qobuz and Tidal.

Inside we find a speaker configuration dominated by a 6-inch center woofer for low frequencies accompanied at its sides by two 3.5-inch drivers for mid frequencies and two tweeters at the ends.

All of them are capable of offering a frequency response between 35Hz and 24kHz and are amplified by several stages with a combined power of 240 watts.

The team is compatible with Alexa And according to the manufacturer, it will be able to be incorporated into your multiroom sound system through an update early next year.

The new speaker Bowers & Wilkins Zeppelin already appears on the manufacturer’s website with a recommended price of 799 euros.

this is Cecotec’s Top 10 sales in heating

which one to choose and how to prepare it

so you can take advantage of this limited offer

these are the news of the service, price and improvements in your app

characteristics and comparison with 2018