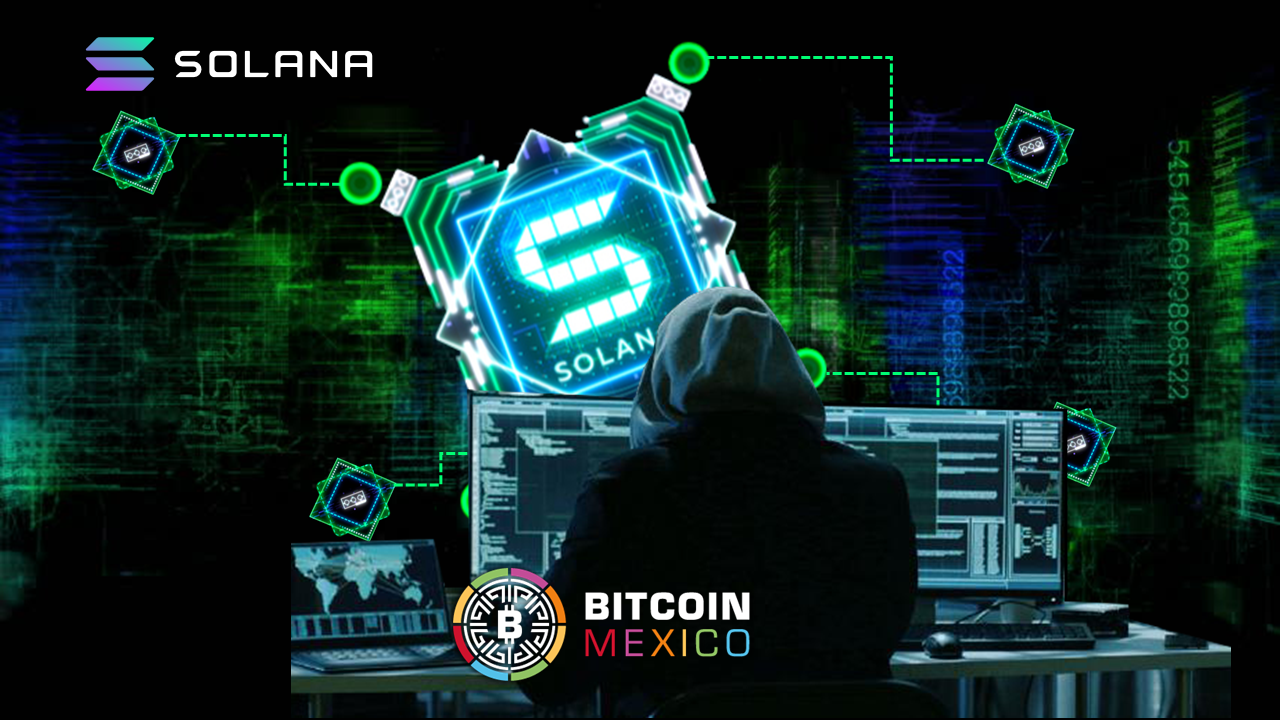 One of the blockchains that had the most recognition and growth during 2021, like its token, was Solana. The network has a lot of speed and proposed a vertiginous nature that led it to consolidate itself within the best 10 in the market, placing it in fifth place in the ranking, with a market capitalization of more than $ 52 billion dollars.

However, 2022 started on the wrong foot and the January 4 suffered a new attack by hackers, called DDoS for its acronym in English (the translation is distributed denial of service).

What generates a DDoS attack? According to the site Crypto Potato this type of attack “generally overwhelms or clogs the network by sending multiple requests to the victim’s web resource and makes it difficult for the platform to run properly”.

Colin Wu, a Chinese, was the one who made the problem known through his Twitter account, and assured that Solana was down for about four hours.

This Tweet was answered by Anatoly Yakovenko, Co-founder of Solana, who pointed out that the network did not show a crash, but rather that “the network became congested due to incorrect transitions. And some users experienced that their transactions timeout and had to try again.

This fact was confirmed by Some users on social networks denied that there had been a fall, but rather that a “great slowdown” happened, however others went against the blockchain.

This is the third incident in the last four months and the vulnerability of the system is a concern for users. In the famous Reddit forum the subject was also discussed and some members were forceful with Solana:

“This system vulnerability is a death sentence for serious traders”. While adding: “Blaming the attackers is simply dishonesty. A well-designed blockchain is supposed to have no attackers, it is supposed to keep churning out blocks based on network parameters, not taking a break because someone sent unwanted transactions“.

In september of last year, at the height of the network, Solana suffered “intermittent instability” for 45 minutes from a DDoS attack. During this time, SOL validators were preparing for a new release when they suffered a 17-hour outage from massive bot activity. The developers decided to restart the network despite the fact that no funds were lost.

In December another major blow was reported beyond the network at no time stopping. Although co-founder Raj Gokal denied the attack: he assured that the game NFT SolChicks was the one that generated the congestion on the blockchain. Solana has become a network in which many digital art projects have turned, such as Monkey Kingdom and Pesky Penguins.

What happened to the price of SOL?

Solana is a blockchain with a lot of potential, but within the cryptocurrency ecosystem, security is as or more important than the speed of the network. And at this fundamental point the work team is failing. Undoubtedly, it is a point to work to continue with its evolution and to be able to continue staying in the top positions of the ranking.