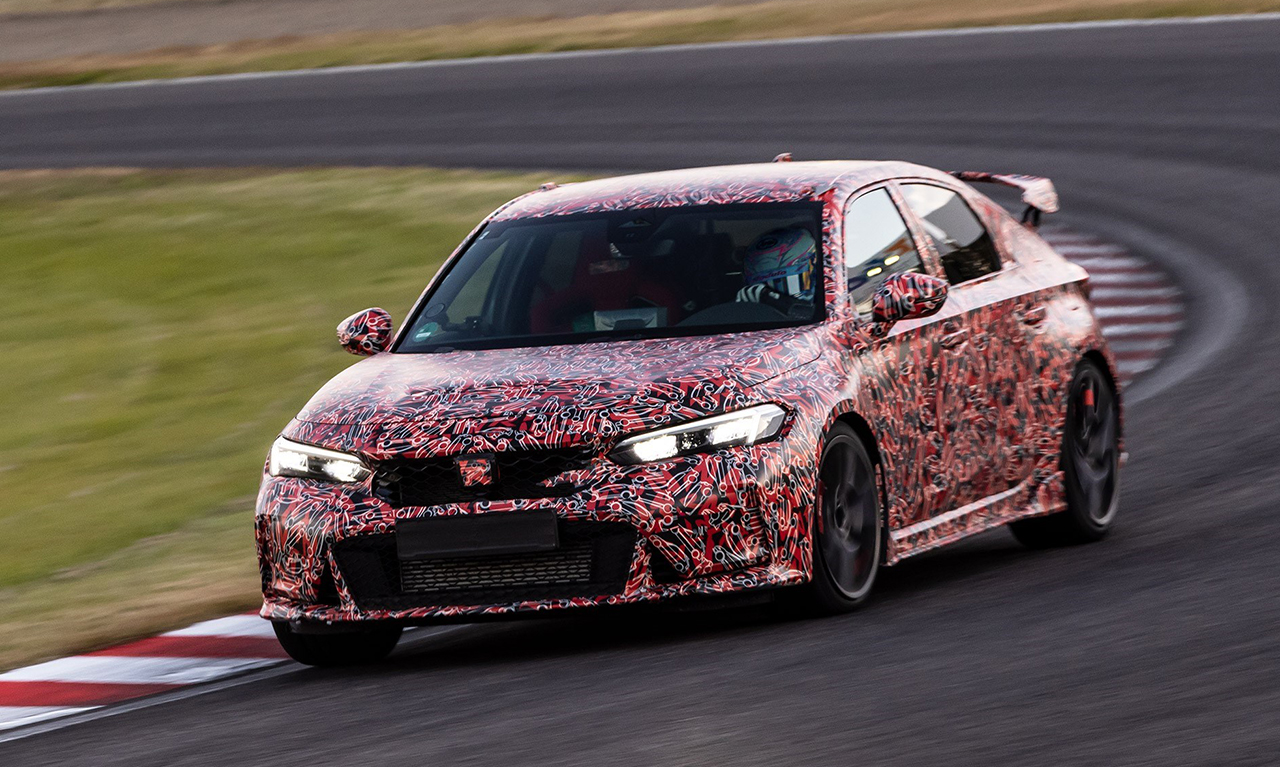 The coming-out of the new Honda Civic Type R is taking a long time, but it is time that the Japanese are taking to adjust the new sports compact and offer unique sensations and performance, without using electrification. Tests that have materialized in record time at the Suzuka circuit.

The new 2023 Honda Civic Type R is being developed in different regions of the world. In Europe, it has been sighted in different places since its development began, passing through the south of the Old Continent, by the Nürburgring and this past winter it has also been seen in some glaciers in the Austrian Tyrol. But prototypes are also found in Japan, where the sporty compact has set a new speed record on the Suzuka circuit.

A title that may seem minor if it is not the famous German layout, but that realizes the advances achieved by the sportiest variant of the new Honda Civic, which is on track to accumulate two years. In little more than almost a month and a half, this deadline will be met since the first prototype was seen in tests of the new Civic Type R, although Honda has already confirmed that its presentation will take place throughout 2022. A world debut that is expected to become a reality next summer.

Index hide
1 The new Honda Civic Type R will be a real beast
1.1 Honda lengthens the development of the new Civic Type R for a good, and smart, reason

The new Honda Civic Type R will be a real beast

The Japanese firm boasts to its rivals of the achievement reached at the Suzuka circuit, as it has achieved shred the previous lowest time of the rising sun track, precisely achieved by its predecessor, the Civic Type R Limited Edition. The new generation of the sports compact has managed to stop the stopwatch in 2 minutes and 23.12 seconds. This is the time that the model, still in the prototype phase but with the configuration of a production model, has needed to complete a full lap of the circuit, with a length of 5.8 kilometers.

Read:  A leak confirms a manual transmission for the Toyota GR Supra 2023

Nothing less than 0.873 seconds faster than the previous limited edition model. It may seem that it is not so much, but for Honda it is more than important, since it is one of the few sports compacts of the competitors that remain on the market, and that they have not had to resort to electrification technology. Until now, the firm has maintained that the powerful gasoline engine of 2.0-liter turbocharged four-cylinder has been preserved, although with a series of modifications they have managed to start some extra horses, reaching some, approximately, 320 hp.

Honda lengthens the development of the new Civic Type R for a good, and smart, reason

The big difference with the rivals that remain around it is that the new Civic Type R is a front-wheel drive, compared to the all-wheel drive that dominates the models that overcome this power barrier. A powerful heart that will also have a counterpart in the aesthetic clothing, looking as aggressive as the concept presented at the 2022 Tokyo Motor Show. And it is that the most powerful of the eleventh generation of the Civic range will be perfectly recognizable by the striking appearance of a large front grille, the imposing rear spoiler, the three central exhausts or the brutal 19-inch alloy wheels mounted on four rubber Michelin Pilot Sport 4S size 265/30ZR19.