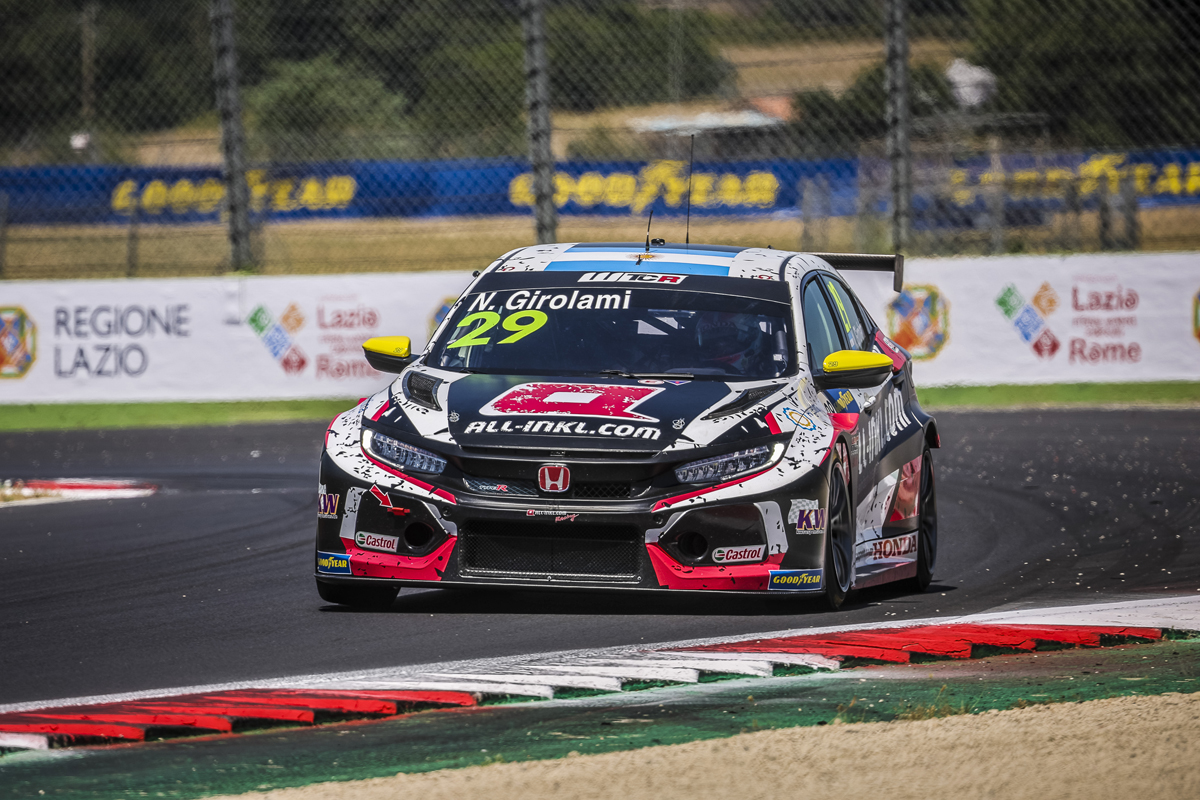 Néstor Girolami has been the fastest driver in the WTCR classification in Vallelunga and will start on pole in the main race of the weekend. The Argentine driver has been the strongest in Q3 and He has surpassed by 241 thousandths the Spanish Mikel Azcona, category leader. In the midst of the controversy over the tires and with the threat of Cyan Racing not to compete in the race, the Cyan Racing drivers have played their cards to come out on top in the reverse grid race.

Q1 already made clear the good level of the Honda Civic Type R. In fact, Esteban Guerrieri scored the fastest time ahead of Attila Tassi. Behind the two pilots of the Japanese firm was Mikel Azcona, breaking the Spanish the triplet of Honda, since Néstor Girolami took the fourth best record. Behind, Yann Ehrlacher got the last ticket for Q2with Yvan Muller, Rob Huff, Thed Björk and Tiago Monteiro as the only ones eliminated due to the loss of Dániel Nagy.

Girolami picked up the witness in Q2 to beat his teammate Esteban Guerrieri by 75 thousandths. Behind the backs of the Münnich Motorsport duo were Mikel Azcona and Norbert Michelisz with the Hyundai, as well as a Nathanaël Berthon who slipped by surprise into Q3. A result motivated by the ‘encounter’ on the track between Mehdi Bennani, Gilles Magnus and Tom Coronel. Circumstance that also allowed Santiago Urrutia and Yann Ehrlacher to be ninth and tenthwhich puts the defending champion in first position for the reverse grid race.

The decisive Q3 ended with the best time for Néstor Girolami. The Argentine driver marked a 1: 14.811, record completely inaccessible to his rivals. In fact, Mikel Azcona stayed 241 thousandths behind ‘Bebu’, achieving in any case a second position that is worth its weight in gold in the fight for the title. In fact, Azcona managed to beat his teammate Norbert Michelisz by more than two tenths after the Hungarian lost the line in one of turn 4. Behind, Nathanaël Berthon overtook Esteban Guerrieri for fourth place.

Read:  Leclerc takes the last free practice by the minimum on Verstappen

Beyond what happened on the track, open investigations and the sanction that Attila Tassi de Vila Real already has, the feeling is that the classification has also been played away from the asphalt. The pressure from Lynk & Co due to the tire problems is very present. In fact, the Asian firm has left its participation in the two races on Sunday up in the airassuring that if he has taken part in qualifying it is because he has found a way to make the tires work, but assuring that their behavior and the increase in ballast can cause new problems in the race.