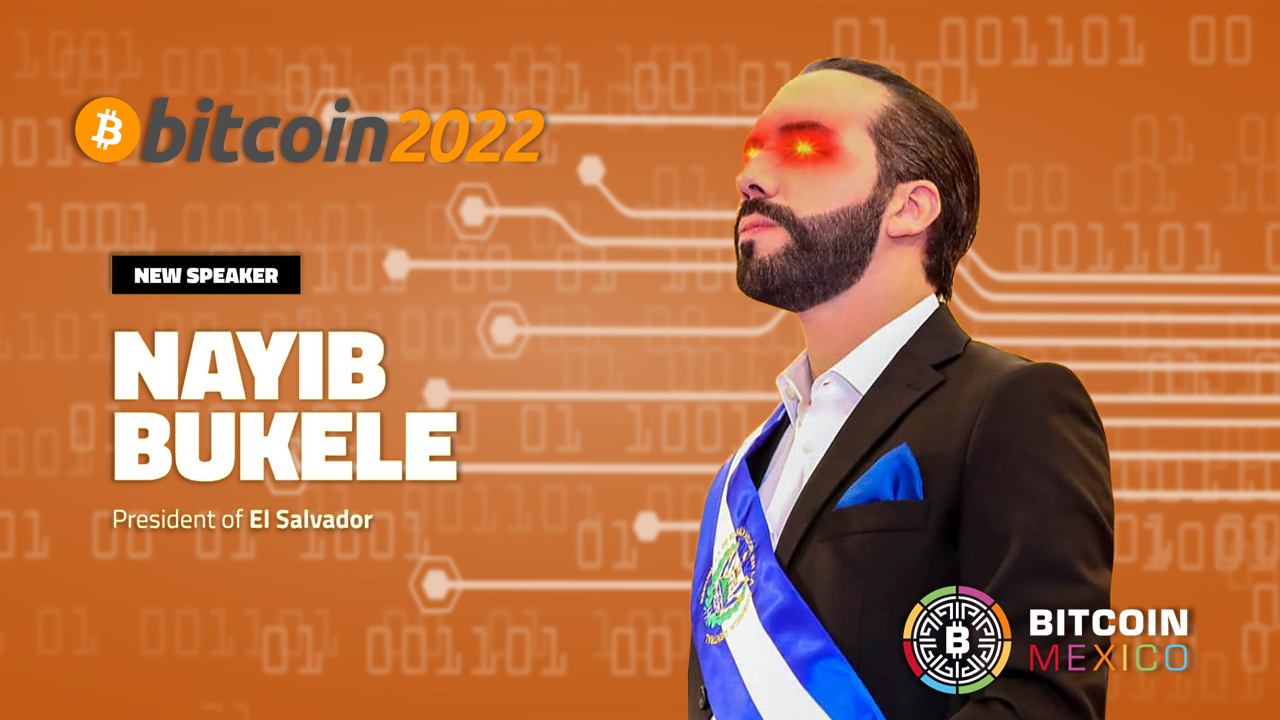 One of the largest events related to the market leading cryptocurrency and everything that is involved with its development worldwide, Bitcoin Conference 2022, to be held next April 2022 in the city of Miami, Florida, USA, will have as a special guest from Latin America the president of El Salvador, Nayib Bukele.

The first president will take advantage of his presentation to speak about his experience in leading the adoption of Bitcoin as legal tender in the Central American country, where more than 70% of the population does not have access to the traditional financial system and 24% of the gross domestic product (GDP) depends on international remittances.

“After announcing my intention to make Bitcoin legal tender in El Salvador in 2021, I am pleased to speak personally at Bitcoin 2022 in person to present an update on the progress we have made as the world’s first native Bitcoin country. “he declared Bukele.

Right now in El Salvador there are more citizens with a Bitcoin wallet than bank accounts. So Bukele pointed out that Bitcoin is bringing financial access and freedom to millions of Salvadorans.

“El Salvador is leading the way for the world by connecting its economy to the Bitcoin network. Last year’s announcement was a watershed moment for Bitcoin and the world. We are all eager to hear from President Bukele how the rollout has progressed, and to learn how we can each help build a more robust global monetary system using Bitcoin.“declared David bailey, CEO of BTC Inc. and organizer of Bitcoin 2022.

Other topics to explore: Chivo Wallet and Bitcoin Bonus

Details of the project of the creation of Bitcoin City, the opportunities offered with the operation of Chivo, the country’s Bitcoin wallet, the financial experience of El Salvador with the collection of the “Bitcoin Bonus” together with the Blockstream company, as well as the operation of ATMs and face-to-face kiosks in the country could be the other topics that Bukele develops during his intervention in Bitcoin 2022.

This presentation will be a golden opportunity for Bukele to explain the plans that are being carried out in the fields of energy and infrastructure to promote the development of Bitcoin mining by taking advantage of thegeothermal energy of volcanoes. State-owned geothermal plant, said to cost approximately $ 480 million.

The organizers of the Bitcoin Conference 2022, want to exceed the figure of the previous edition that had more than 12 thousand attendees. For next year they hope to welcome more than 30 thousand bitcoiners from around the world, prominent spokespersons from the world industry, 80 speakers and delegations from approximately 4 thousand companies.

The activities agenda was designed to take place in a total of four days, contemplating the development of speaker panels, networking events and various conferences, as well as a music festival on the last day that will have live presentations, entertainment and gifts for attendees.

“We found it important to go back one more year and grow with the city“, said Brandon Green, Director of Content for Bitcoin 2022, in an interview.

The main day to focus on the future of the industry will favor the convergence of the Bitcoin ecosystem with traditional finance, financial technologies and energy infrastructure, and will include content and networking topics aimed at institutional finance, mining institutional bitcoin and the technical development of bitcoin.

Nayib Bukele and his decisions around bitcoin are still in the news and now he takes advantage of this fertile field of ideas and promotion of the ecosystem to speak to the whole world.