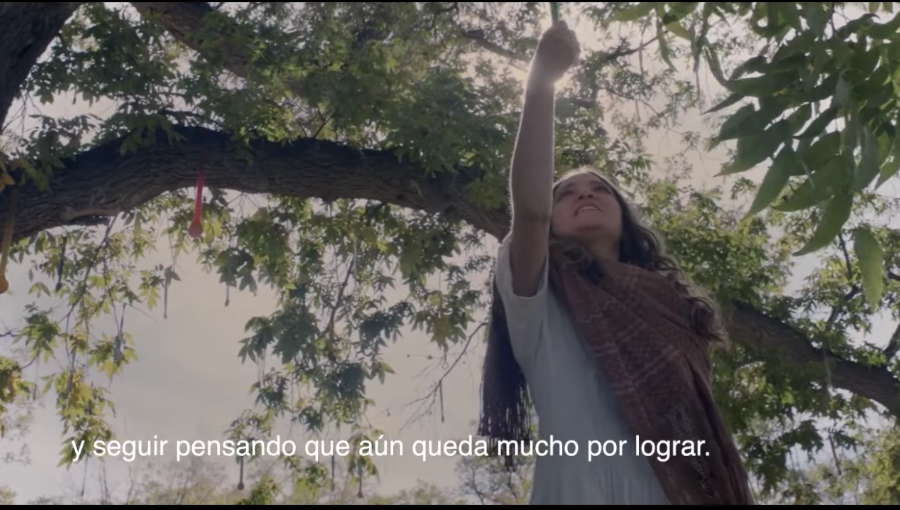 In order to mark the tradition and quality that characterize Casa Madero, Natalia Lafourcade stars in an iconic advertising campaign and marks a benchmark space for the industry dedicated to Mexican wine.

With extensive creative experience, TERANTBWA is responsible for walking towards the future with the traditional brand and the Mexican singer, since Casa Madero is considered the oldest winery in the American continent, with 425 years of history, while the marketing agency has left a sample of its work for 75 years in Mexico.

The new advertising campaign lasts almost two minutes of video and celebrates the industry’s expertise, as well as the extraordinary legacy it leaves behind in Mexican wines. The video is, mainly, a piece that appeals to the consumer’s nostalgia and makes him travel through the history and values ​​of the brand.

This creative installment shows how Natalia Lafourcade walks openly through Hacienda San Lorenzo, in Parras Coahuila, and, in addition to being the image and ambassador of Casa Madero, exhibits her new original musical composition, a reference inspired by her own experience within the traditional place, the vineyards and with the people who produce the drink.

“It is an honor to be able to commemorate the great legacy of Casa Madero through this campaign, 425 years of effort and dedication deserve a big celebration. I greatly admire the excellence and passion that Brandon and Daniel Milmo, Co-directors of Casa Madero, transmit, and it is that same passion that we seek to reflect in the campaign. Behind each harvest there is a new story to tell, we are convinced that when passion, talent and pride in our roots come together, what is truly exceptional is achieved”, presumes Martín Sandoval, Head of the Marketing Department of Casa Madero.

According to the agency in charge of this project, the selection of the artist responds to the essence, philosophy, values ​​and trajectory of Casa Madero, who sought to highlight the Mexican identity, the pride and the tireless work that they drive to put the name of Mexico on high.

Read:  SOS! … “SAVE OUR SOCIETY” “Save Our Civil Society”

Thus, Natalia Lafourcade became a key piece, together with Santiago Sierra, in charge of the audiovisual piece, and Kenji Katori, the person in charge of the photography demonstrated with talent and a Mexican craft that is at the level of any first world production.

“Each harvest, a new story. That is the concept of the campaign and speaks of its work philosophy. Of his eternal nonconformity and his constant search, through the centuries, to always make a better wine. Because Casa Madero may be the oldest winery in the Americas, it may be the most awarded brand in our country, but its long history of excellence is not over yet, and it continues to be written with each vintage.”

“The campaign also tells, for the first time, that incredible story and it does so from the hand of Natalia Lafourcade, a Mexican woman, who, like Casa Madero, has raised the name of our country. Natalia turned out to be a perfect match and it was a pleasure working with her. Her talent and professionalism added a lot to this effort”, concludes Joaquín Maldonado, Chief Creative Officer of TERAN TBWA.

This April 25 the campaign was launched and will be available on digital platformspoints of sale and some special events that commemorate the 425 years of Casa Madero as a benchmark in Mexican wine.

Decalogue of a toxic: list of “rules” for her boyfriend generates controversy on TikTok