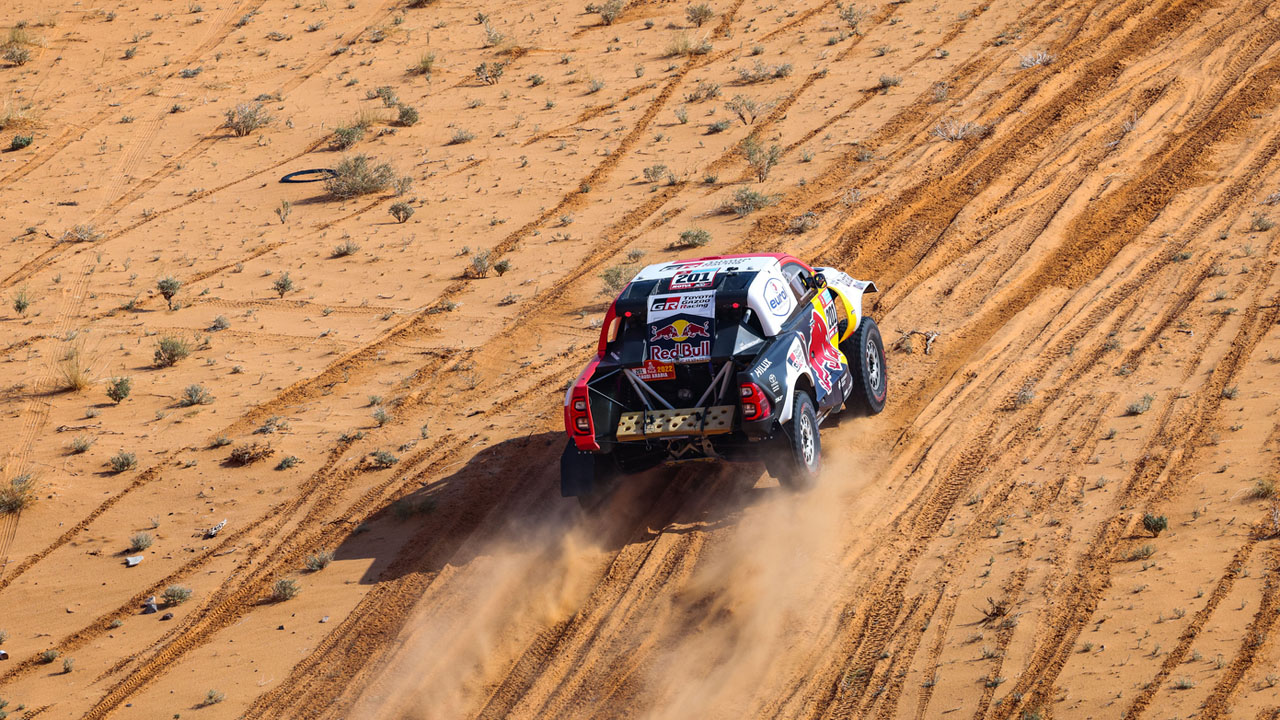 Nasser Al-Attiyah has prevailed in the fourth stage of the Dakar, thus adding his third victory in the edition if the prologue is taken into account. Although at first Yazeed Al-Rajhi He appeared as the winner of the stage after beating the Qatari by 14 seconds, a two-minute penalty has left the local driver without victory to take him to fifth place, behind even his compatriot Yasir Seaidan. Once this sanction had been applied, Nasser achieved the victory with a time of 3 hours, 54 minutes and 40 seconds, a record with which he beat Sébastien Loeb by 25 seconds. Carlos Sainz has been third.

Carlos Sainz was in charge of opening the track with the Audi RS Q e-tron
after his victory yesterday. However, the ‘Matador’ has not been pressured by any of the pilots who came out just behind, since all have been victims of different problems. Henk Lategan stopped at around km. 230 due to a problem with the right rear wheel. By then Stéphane Peterhansel was already standing after breaking the shock absorber of his Audi and Mattias Ekström had given enough time not to be a ‘threat’. With everything, the most painful mishap was that of Nani Roma at km. 80 after dumping his BRX Hunter T1 +.

Second stage victory for Joan Barreda and Honda in this Dakar

TKCoin organized a contest with art validated by cryptographic hash

Ubisoft + not coming to PlayStation consoles