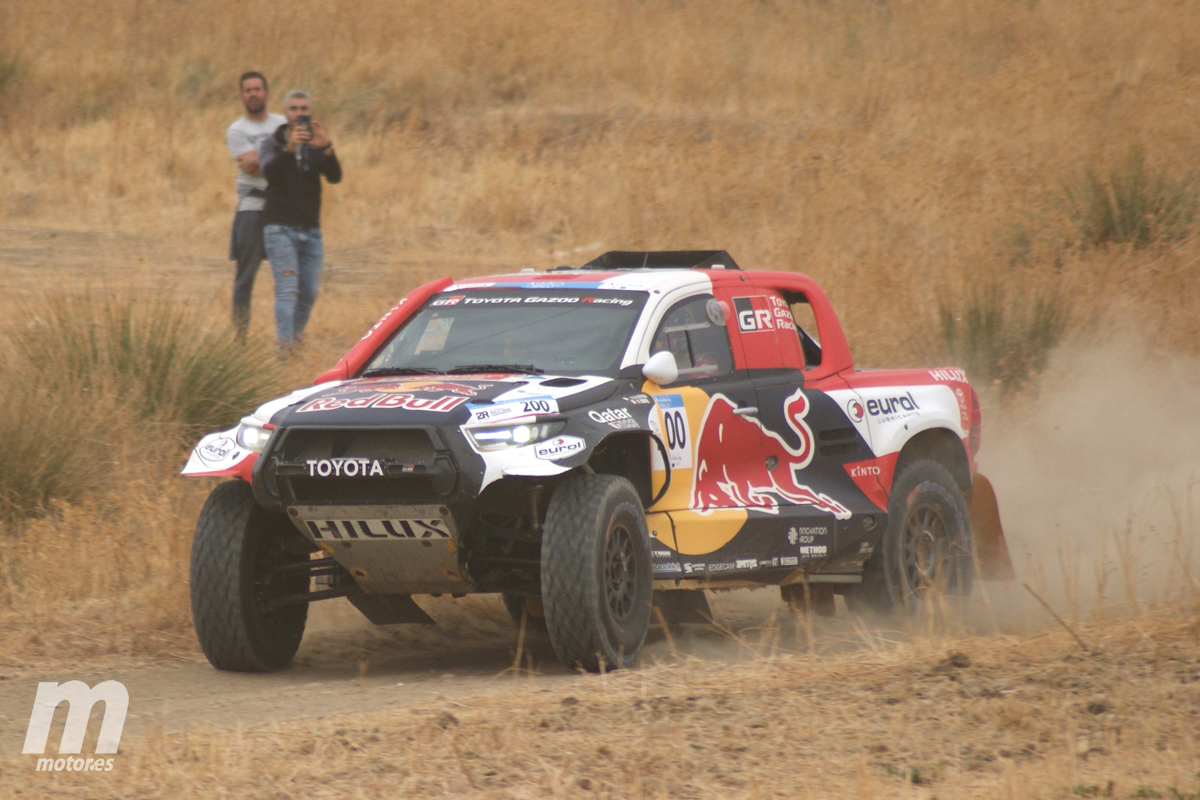 Qatari Nasser Al-Attiyah was penalized one minute for speeding in a cautioned section in the prologue. In stage 1B, the Toyota driver has come out with the knife between his teeth to endorse a ‘minuted’ to his rivals.

Nasser Al-Attiyah is a pilot of sensations. The Qatari knew that he had made an almost rude mistake in the Andalusia Rally prologue after exceeding the maximum speed in an area that was limited to 30 km/h. For this reason, from eleventh position, the Qatari has gone for work and that is how the Motor.es team has been able to see it live in the first 300 meters of the stage. Al-Attiyah has given a superb performance to those present.

The starting point was also a passing point when about 70 kilometers of special had been disputed. Less than a quarter of the competitive distance and already with a stopwatch in hand, beyond the sensations live, it was clear that Al-Attiyah had left with the knife between his teeth. With a time of 3 hours, 28 minutes and 19 seconds at the end of the special, the Toyota driver turned the rally around and eliminated with a stroke of the pen his judgment of Wednesday.

Al-Attiyah has endorsed 10 minutes and 6 seconds to Yazeed Al-Rajhi and 12 minutes and 23 seconds to Sébastien Loebdespite having a later starting point, which is usually a symptom of finding the most broken sections. The good performances of Erik Van Loon or Guerlain Chicherit himself they were overshadowed by the good work of Al-Attiyah, both in direct driving and in times.

Although Nasser has been the great protagonist of the day, It is also worth mentioning the good work of Isidre Esteve at the controls of his Toyota Hilux T1+, eighth at the moment behind the two best T3s. All in all, the Catalan rider has started in very far back positions and has had to deal with it on many occasions with dust in suspensiona constant throughout the day.

Giniel De Mevius is at the helm in the T3 category after signing the best time of the day in stage 1B. The Belgian driver has surpassed his teammate Seth Quintero by six minutes, so both have relegated the candidates for the title to ride in more rear positions. With everything, ‘Chaleco’ López has it all in his favor after the problems of Cristina Gutiérrez that have made her lose 5 and a half minutes.

Read:  Lada and Kirill Ladygin to return to WTCR as TCR Russia champions

For their part, the local riders are leading the T4 category with an iron fist. Pau Navarro, co-driven by Michael Metgehas been the fastest pilot with the ‘Side by Side’ of FN Speed. The acclaimed Gerard Farrés has placed secondwhile Rokas Baciuska is the highest ranked among the title contenders.

As far as the motorcycle category is concerned, Frenchman Adrien Van Beveren was the fastest rider of the day at the controls of the Honda. The Frenchman has endorsed him 2 minutes and 34 seconds to sam sunderlandalthough this result for the time being allows the ‘GasGas’ driver to maintain an outstanding position in the fight for the FIA ​​World Rally-Raid title.

Luciano Benavides occupies the third position in the general classification ahead of his brother Kevinalthough it is true that the Red Bull driver had a crash in the second corner of the stage, right after the start. Tosha Schareina is located on the fifth square, while Lorenzo Santolino is sixth after also having a small mishap.

How to understand a bearish cycle rally?