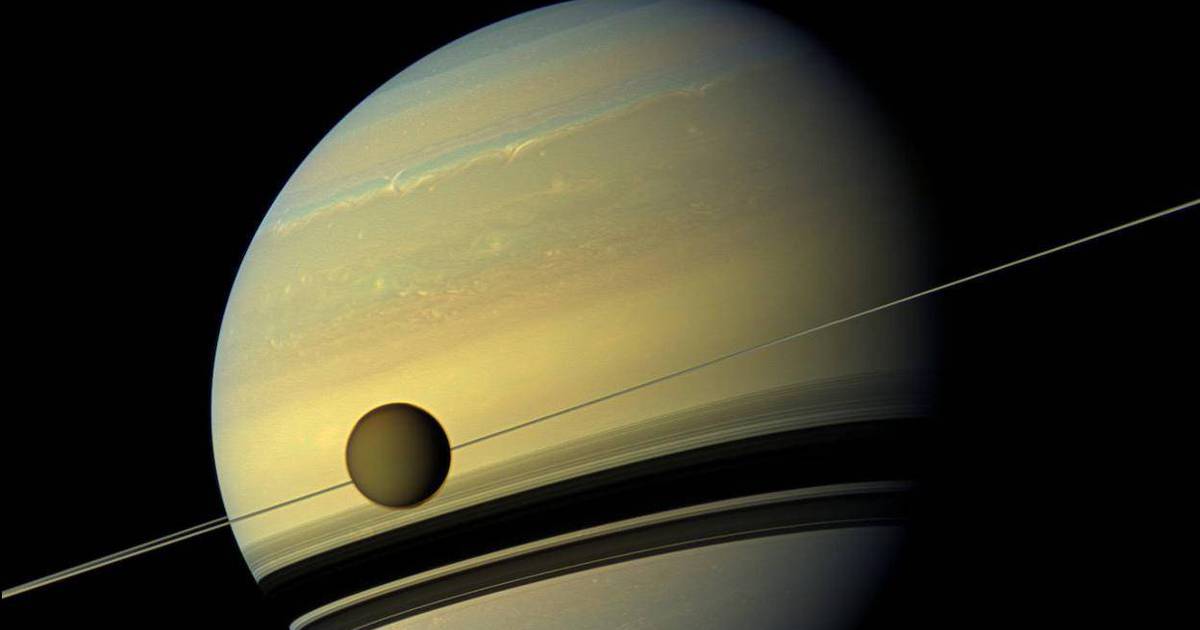 Space probes, ground-based telescopes and an old space observatory. None had gotten so clear a picture of the atmosphere of Titanthe largest moon of Saturnas has recently been done by NASA’s James Webb.

Titan not only draws attention to astronomers, engineers, and astrophysicists because of its size, but also records conditions in which it can be compared to Earth.

Not to develop life as we know it, but in certain aspects that were confirmed thanks to recent observations by James Webb.

According to what is indicated by the NASA on its official portal Titan is the only moon in the solar system with a dense atmosphere, and it is also the only planetary body other than Earth that currently has rivers, lakes, and seas.

But, not to get excited, the liquid that flows through these flows is made up of hydrocarbons, including methane and ethane, no water. Its atmosphere is filled with a thick haze that obscures visible light reflecting off the surface, and it’s precisely those kinds of details that the lens captured. James Webb.

Here is Webb’s first look at Saturn’s largest moon, Titan. Because Titan has a dense atmosphere, its surface is hidden in visible light. Enter Webb’s infrared eye, which captured clouds as well as bright & dark patches on its surface: https://t.co/zQsSN9Py4H pic.twitter.com/6NuQMfXAFN

The most remarkable thing about this new observation is that it was made with the infrared tools of the space telescope. So, thanks to this, each element in Titan’s atmosphere is captured in detail.

Among those that scientists mention and stand out as fascinating are weather patterns and their gaseous composition. They also looked through the haze to study albedo features, which are those bright and dark spots that appear on the surface.

“We have just received our first images of Titan from Webb, taken last night. Very exciting! There appears to be a large cloud, we believe over the north polar region near the Kraken Mare. We were concerned that the clouds had disappeared when we looked at Titan two days later with Keck, but to our delight there were clouds in the same positions, which seemed to have changed shape,” he said. Imke de Pater at the University of California, Berkele.