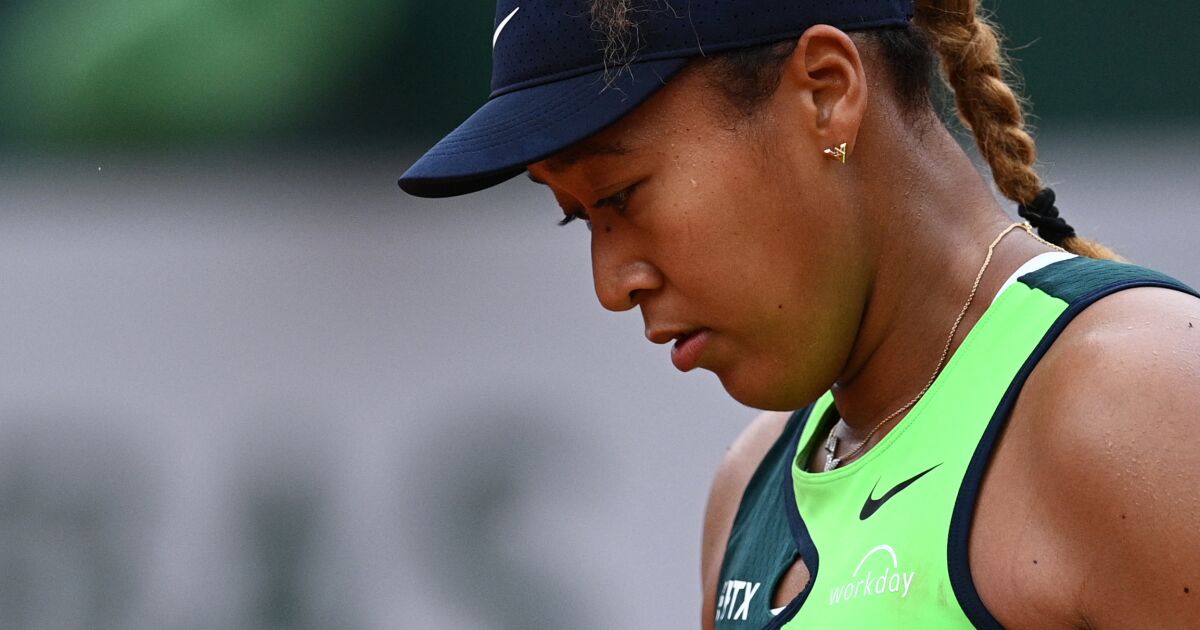 The 24-year-old Japanese player, suffering from Achilles tendon problems and who has dropped to 38th placewas not seeded and the draw was elusive, as Anisimova, a semifinalist at Roland Garros in 2019, fell on her debut.

Naomi Osaka also was very erratic, with eight double faults committeda percentage of first services of only 45% and 29 unforced errors in just an hour and a half of the match.

Osaka, winner of four Grand Slam tournamentsretired last year after making it out of the first round at Roland Garros claiming he couldn’t control facing the press, before admitting he suffered from depression.

It’s hard to face Naomi Osaka in the first round

“It’s hard to face Naomi Osaka in the first round, I knew it wouldn’t be easy and that I should play my best tennis, in conditions that weren’t easy,” said Anisimova, referring to the cloudy, cold day with the threat of rain. this Monday in Paris.

Anisimova (N.28) had already defeated Osakawho has never made it past the third round in Paris, in the Australian Open round of 32 last January.