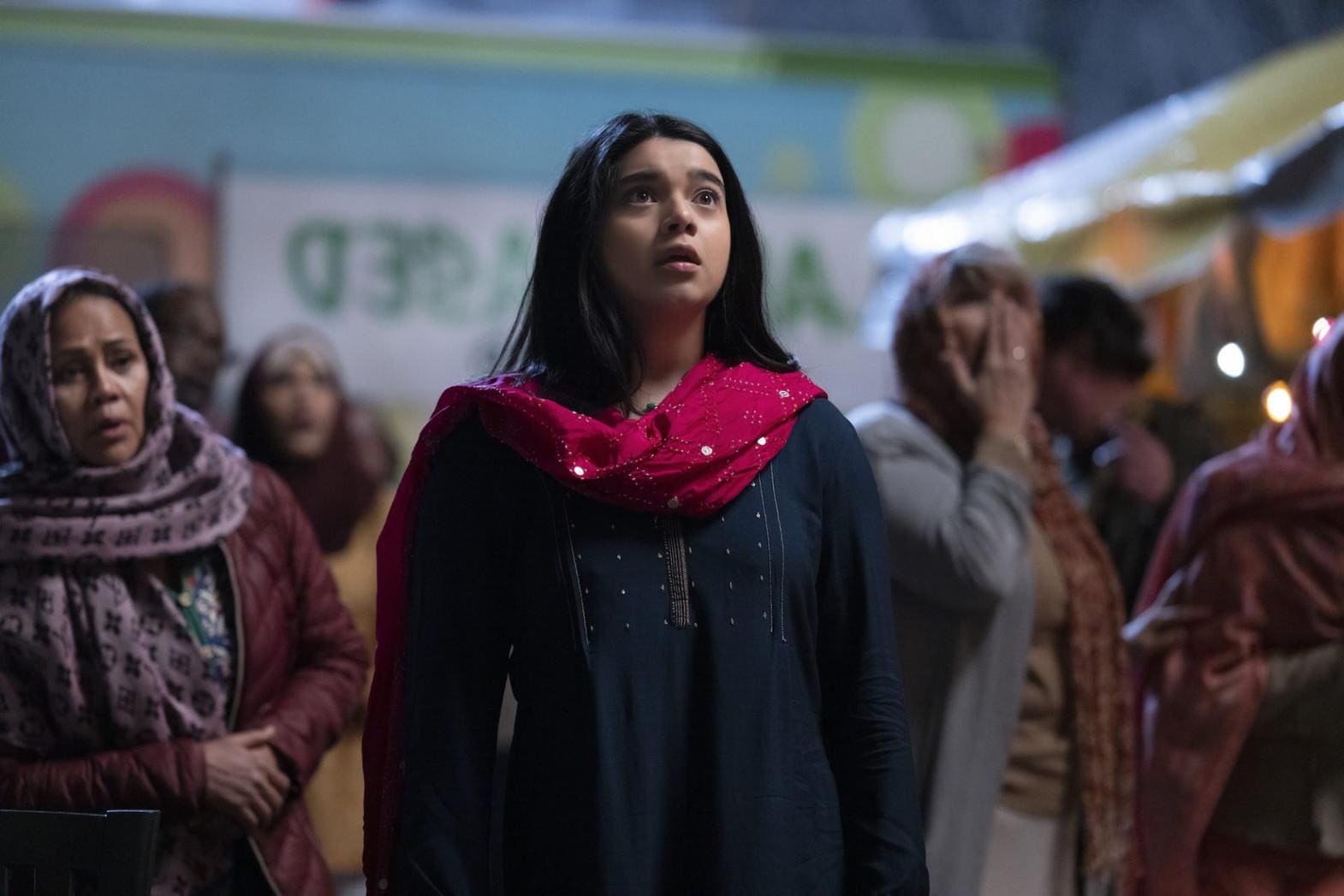 Index hide
1 The fourth episode of Ms. Marvel is already with us and we tell you all the easter eggs and references to the comics that you surely missed in this note!
2 Share it with whoever you want
3 Related Posts

The fourth episode of Ms. Marvel is already with us and we tell you all the easter eggs and references to the comics that you surely missed in this note!

In the fourth episode of Ms Marvel we see how kamala khan he returns home, even though he couldn’t feel more out of place. Kamala leave the safety of Jersey City to visit her grandmother, who seems to have the other bracelet when at the end of the third episode she calls our protagonist to ask her if she saw the train.

This new episode is full of fights and nods to stars of Pakistani movies and series, and we are going to explain everything that you probably didn’t realize was a easter egg or a reference to the comics. As we are going to talk about the fourth episode with spoilers, we recommend that if you did not see it, stop reading this note.

After the events of episode three where Kamala faces the Clandestine and sees a train, both she and her mother go to the city where her family comes from: Karachi. But in a place where Kamala should feel like one of her own, she couldn’t have any more problems. Our protagonist arrives in jeans and a T-shirt from the avengercon and has problems with the food of the place. This generates mixed feelings in her because in the place where she should feel at home, she feels like a complete foreigner.

But the good news is that she is not the only one with these feelings, as her Nani Sana he is also having problems with his identity. Sana comes from an Indian family, but was born in Pakistan. This generates in her a certain struggle for her identity and she even comments that she was born in “a border marked with blood and pain…based on an idea an old Englishman had.”

All these identity problems suffering Kamala and her nani are inspired by the experience of the writers and director of the episodeSharmeen Obaid-Chinoy. Everyone involved in this chapter of the series went through this same experience: coming from a Pakistani family but at the same time belonging to another nationality. And the identity problems for which Kamala Y Fury are going through represent a little of what many people experience.

and the grandmother of Kamala, Sanait’s a easter egg per se. The actress who plays the character, Samina Ahmad, is a renowned Pakistani actress who was all the rage at the time on television. Sana is like Kamala, very creative and drew a portrait of her mother, Aisha, who was also a djinn and disappeared during the Partition of India. But the interesting thing about all this is that Fury you know they are djinn and relates the train vision offered by the bracelet with the night in which Aisha He disappeared.

Read:  Bardock shows a different transformation to Super Saiyan that has never been seen before

Another of the important events of the episode is the new confrontation of Kamala. In this opportunity, we see her fight against Reddagger, a masked man who throws knives at him. But it didn’t take us long to discover that Reddagger, which name is Kareemactually he is a friend.

In the comics, Red Dagger he is a powerless vigilante who hides his true identity with a red turban that covers his face from the nose down. However, in the series, even though he remains the character of Kamreenwe discover that Red Dagger it is actually a group of people sworn to protect the world from the threat of the unseen.

The leader of the Red Daggers it is waleed and explains that the Clandestine they are from another dimension that is overlapping with ours, which is going to generate big problems. Other easter egg of the episode is the actor who plays Waleed, Farhan Akhtar. This actor is a recognized star of Bollywood and his character ends up helping Kamala to understand his powers a little more. And he also gives her a purple cloth, which many comic book fans probably recognize as part of his costume.

Finally, in this episode we see that the Clandestine are taken to a prison Damage Control Department who is chasing Kamala throughout the series. However, it is not long before they escape. najma abandons his son Kamran as they run away and everyone falls on the Red Daggerssending to Kamala at full speed in a car chase. And as we saw in the first episodes, the handling skills of Kamala they are very interesting.

After a long scene where they fight, the bracelet of Kamala returns to showing the vision of the train. But this does not end there, since our Ms Marvel she goes into the past and finds herself involved in the chaos of the partition. With this very open ending that leaves the viewer wanting more, the fourth episode of Ms Marvel.

The first four episodes of the series are now available at Disney Plus. The last two chapters they will arrive on wednesday July 6 and July 13, this being the date of the end of the season. The series, despite being the least seen so far, is the first series of Marvel that gathers the largest number of public among 20 and 24 years old, besides being the series with the most diverse audience. This is good news, since it was the main intention of Ms Marvel when you started writing.