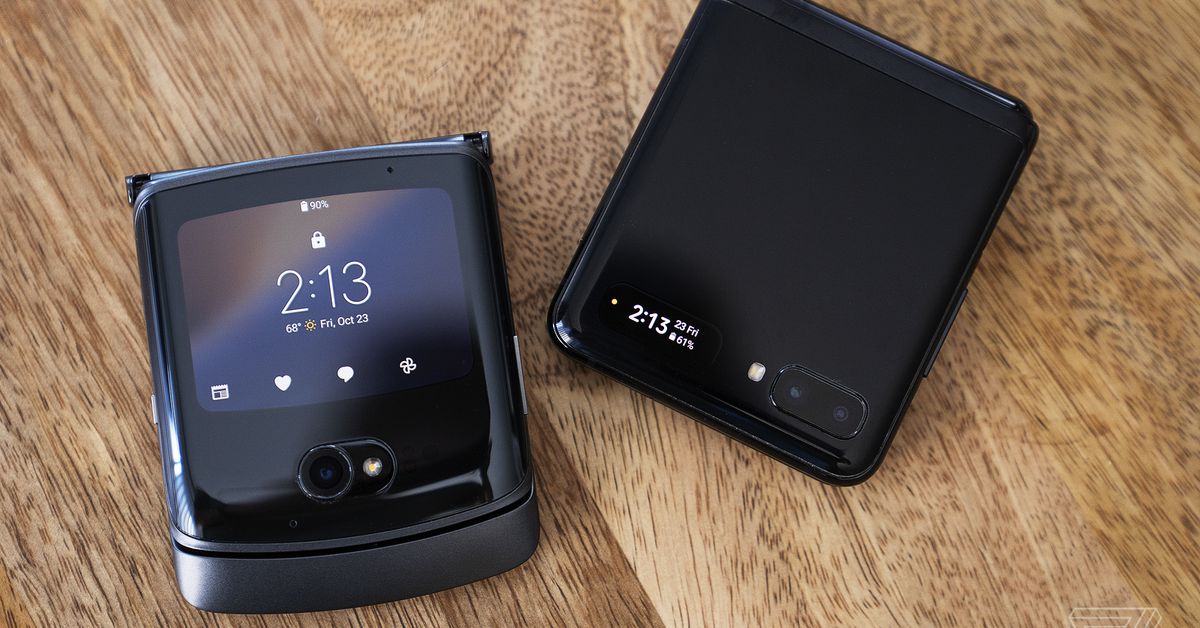 Index hide
1 The new model of the Motorola Razr 3 was leaked and it seems that we will enjoy a device with substantial improvements. We tell you everything you need to know here!
2 Share it with whoever you want
3 Related Posts

The new model of the Motorola Razr 3 was leaked and it seems that we will enjoy a device with substantial improvements. We tell you everything you need to know here!

One of the people the media trusts most when cell phone footage is leaked is Evan Blass, who on this occasion revealed new images of the Motorola Razr 3. The photos are about the test model, so the final model of the cell phone could be different. However, they show us the idea of ​​the new design that Motorola decided for the device.

Along with the photos, Blas uploaded some kind of explanation of the device. In this, note that the fingerprint sensor is now in the power button, which is on the side. In earlier models, Motorola put the sensor in two different places. In the model of 2019, it was in this kind of extension of the cell phone at the bottom. And in the model 2020, the sensor was moved to the back of the device. These elections were criticized by several users and it seems that Motorola he realized that these places were not as accessible as he believed. This may be one of the main reasons why the sensor is located in the power button on the Motorola Razr 3.

Read:  which of the Eternals could join The Avengers in the MCU?

The Razr 3 would it come with a screen FHD+ and an embedded front camera 32MP. It is rumored that Motorola will launch a standard model of the cell phone with a system on chip Snapdragon 8 Gen 1plus a variant Plus. In terms of storage and specs, we would be facing about 12GB RAM and an internal memory of up to 512GB.

Everything would seem to indicate that Motorola is trying to match his biggest opponent, the Samsung Galaxy Z Flip 3. With these new images, it would seem that the company is looking for ways to make the device more striking and, in turn, have a design similar to that of Samsung. The Motorola Razr 3 It doesn’t have a release date yet. It is rumored that it will China in July or August of this year, but there are no rumors for now about when it could reach the rest of the countries.